A couple of weeks ago I was leaving the office for the day and noticed my windshield was cracked as I started up the Jeep. 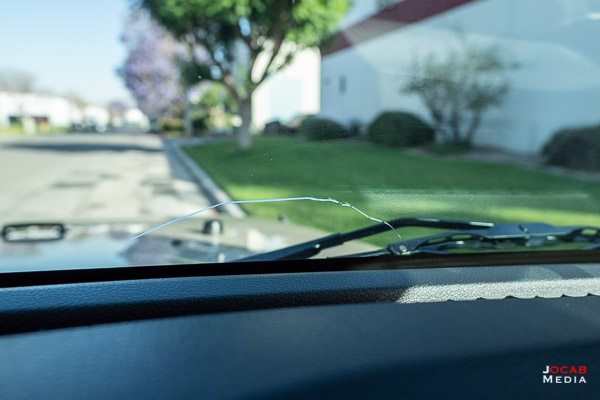 I hadn’t driven anywhere all day and it wasn’t present in the morning when I drove to work. When I got home to inspect it, it appeared to have taken a strike right on the outer edge and the cracked must have formed after the sunlight / heat and pressure. 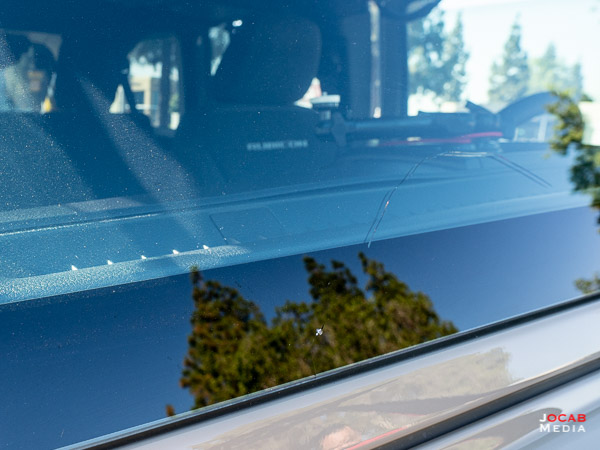 So only after five months of ownership, I took the Jeep in for a replacement windshield.

Getting the first replacement windshield. From what I understand, this will be the first of more. ? #jeepwrangler #rubicon #wranglerjku #wranglerjk #gobijeep #safelite

I decided to go with Safelite because of the ease in getting a quote immediately online (and for OEM glass) and the ease in setting up an appointment.

It appears they did a pretty good job at the Riverside (CA) location, at least with regards to maintaining the integrity of the vehicle by not scratching the body, including around the edges of the windshield.

After I drove it home, I left the Jeep in the garage for four days with the windows slightly open to allow the windshield seals to cure as best as possible. That following weekend, I took it out for a drive to run errands and there was some slight whistling at around 50mph on surface streets (not freeway). It went away after several miles and I didn’t hear it on the freeway, nor on the same streets when I drove back home.

Whistling of the windshield after a replacement is not uncommon on the Jeep Wrangler JK, based on forum sources. Supposedly, this has to do with how the windshield is centered with respect to the distance to the windshield frame. I will have to see over the next few hundred miles if the whistling is going to be a long term issue (or at least, as long as the windshield lasts this time around). I would rather not have to take it back and have the windshield reset.

Anyway, a cracked windshield on a Wrangler JK is basically a rite of passage for Jeep owners. If and when I crack another windshield, I will most likely put in the effort (and money) to get the Mopar Gorilla Glass windshield installed.