I was on Instagram and under the #glock hashtag, I found the following photo in the stream: 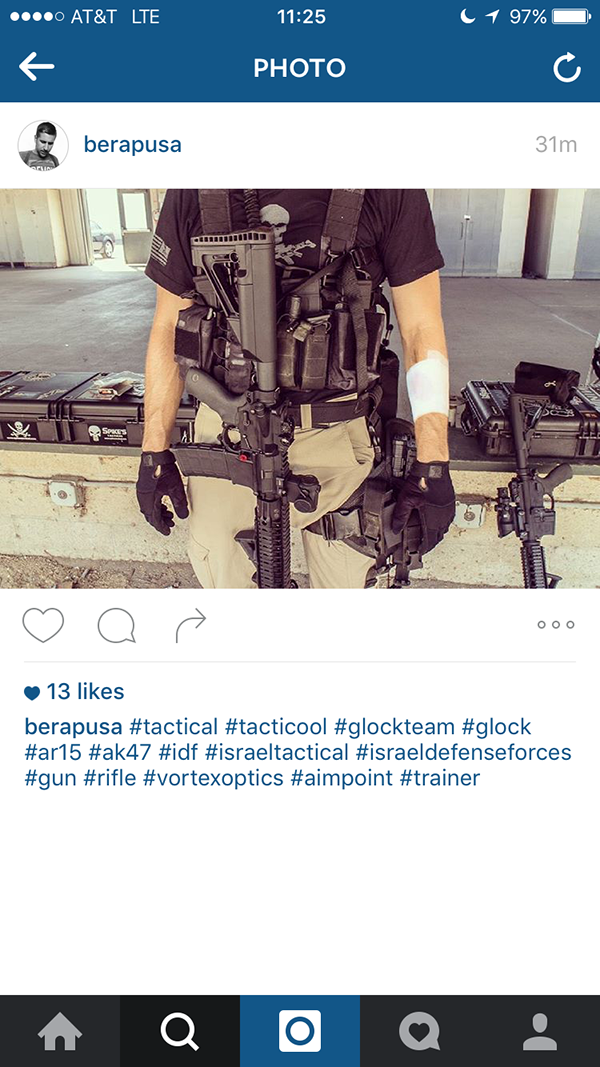 When I saw it, I immediately thought, “That looks really familiar.” Then I realized, “Hey, I shot that.”

I went back to one of my Falcon Operations Group training reviews and the following photo on my review of the FOG Carbine 1.5 course: 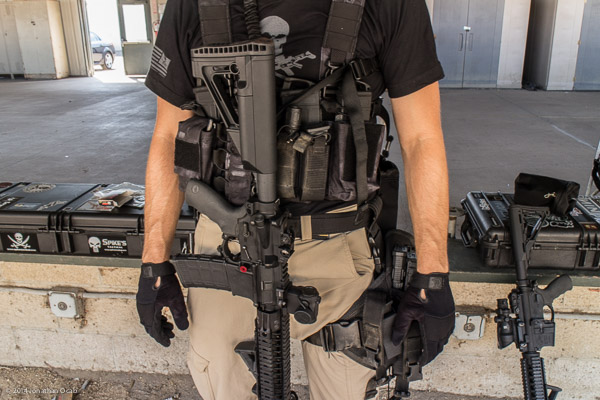 But if you notice, the Instagram photo made a couple modifications.

For one, whomever stole the photograph from my site photoshopped a gauze bandage on the shooter’s left arm. That puzzles me as to why that was done. Perhaps it was reused for some other article or context (e.g. combat medical).

The other modification was altering the lower left hand side where I put one of my standard low profile watermarks (© YEAR Jonathan Ocab). It seems like they clone stamped it out since the Wolf ammo box on the ground is also altered.

Anyway, I just felt like posting this on the blog.

Note: I make a huge effort to photograph my own stock images, even for my product reviews. In the rare case I’ll download a photograph of a product, but in those times, it is an actual “Media Kit” image published by the manufacturer in question specifically for the use of reviews and other editorial use. So it does annoy me when someone takes one of my photos, even the most mundane, and uses it for their own without my permission.