I use Elasticsearch to get a visualization of OSSEC alerts across all of my personal Virtual Private Servers, and I noticed several invalid / failed ssh authentications to one of my VPS hosts that spanned a few hours. The attacker was running under the radar by trying a different username every ten or so minutes. 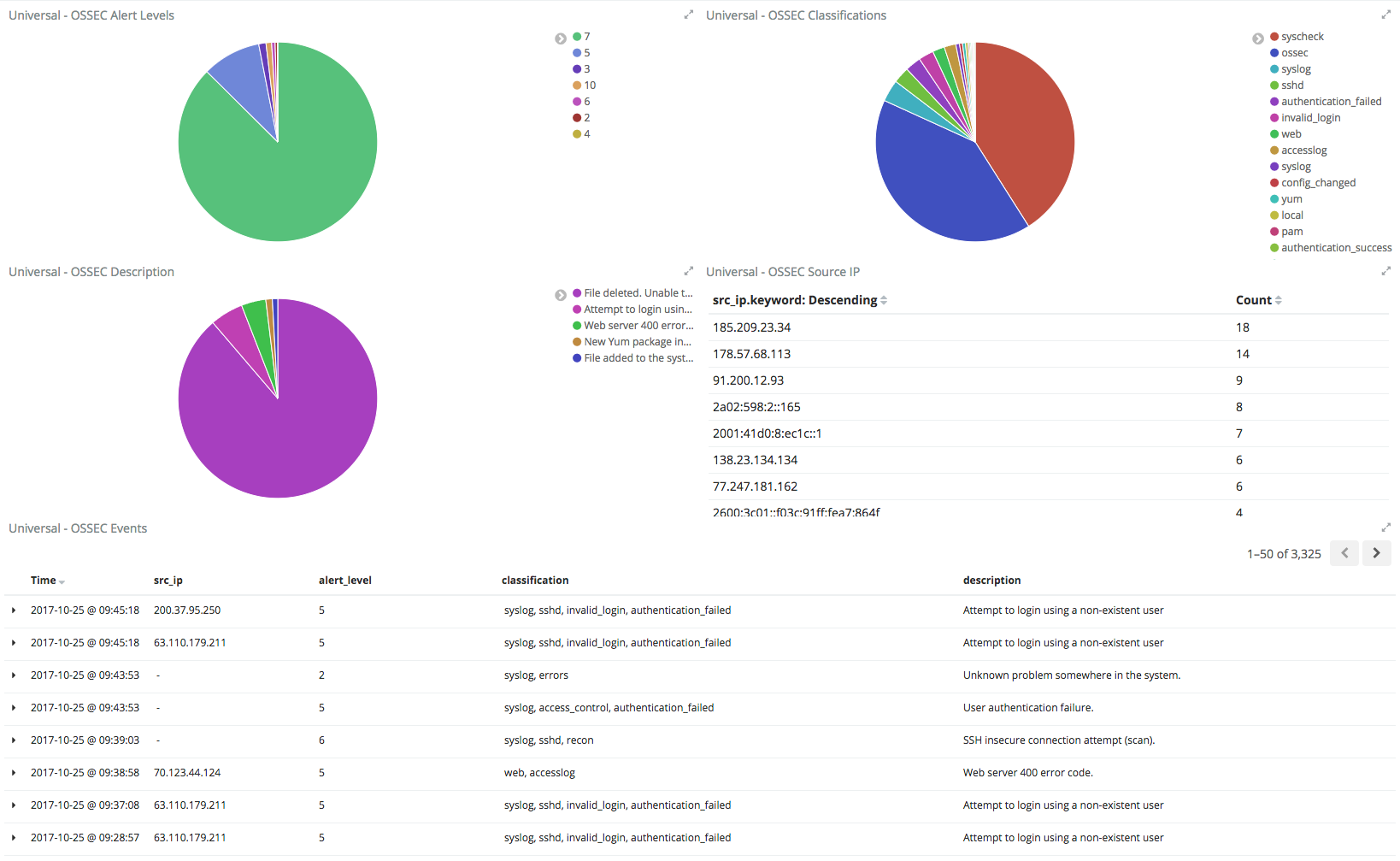 So I wrote a quick frequency rule in OSSEC to trigger an active response:

The above will throw a level 10 alert if the same IP address attempts to login as an invalid user via ssh three or more times within a window of one hour.

Don’t ask about why the frequency value is interpreted by OSSEC as value+2. This is a documented behavior.

The problem is that when I tested the rule, it was not firing.

It turns out, the OSSEC decoder for ssh-invalid-user is invalid itself.

A sample sshd log entry (OpenSSH sshd 7.4p1) I am trying to fire on is:

The problem with this is rooted in how OSSEC constructs decoders. The initial regex (prematch) to classify the log entry under the ssh-invalid-user decoder matches “Invalid user”, but the ‘post-match’ regex fails because it starts to tokenize based on:

Note there is leading white space in the above disassociated string.

The post-match regex fails to tokenize the disassociated string because:

To resolve this, the ssh-invalid-user needs to be corrected. The following is what I used:

I expanded the “after_prematch” regex to match a format of <username> from <ip> port <port>, and also tokenized that post-match string to also obtain the (invalid) username and source port values, along with the IP address.

This resolved the issue as proven with ossec-logtest output:

Note that this affected by instance of sshd (OpenSSH 7.4p1) and it is likely most sshd logs use a similar “Invalid user” log format. So if you use OSSEC, give the fixed decoder a try.