A good no-cost, no-tech/low-tech tip for a shooter is to mark your magazines.

If you use a firearm with detachable magazines, it’s a good idea to mark them in such a manner that is relevant to your shooting discipline.

If you’re a pistol shooter that participates in IPSC, IDPA, USPSA, or some other action/dynamic discipline, in either competitions or training courses, you most likely have several magazines that you use on the range. It would be prudent to number the magazines. This is simply taking a marker, paint pen, or other writing utensil to write a numeral on the magazine. 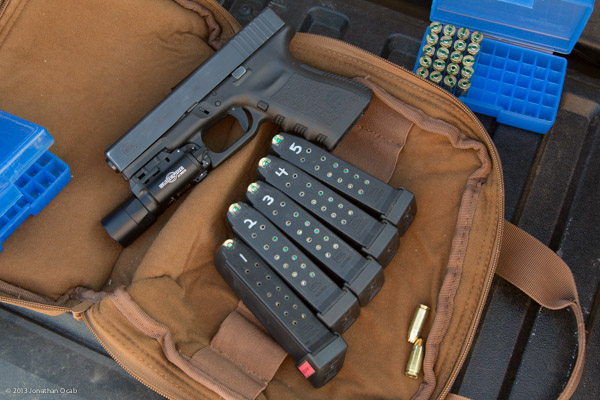 The reason for doing this is so you can easily identify a magazine if it is problematic. Perhaps there’s one magazine that starts having failures to feed one day. If it has a number on it, then you can keep that in your head or write it down so that when you get home, you can break it down and fix it. Or you can keep notes on it to see what other problems may develop with that specific magazine and make informed decisions on whether or not to repair or outright replace that magazine.

Another good idea would be to mark your magazines with your name or some other unique identifier so you know that the magazine is yours.

This can be helpful if you’re sharing a range with other shooters, such as during a pistol course / class, and reloads are taking place simultaneously amongst many shooters and magazines are hitting the deck. When the exercise is over and everyone is collecting their ejected magazines, it’s nice to be able to know whose Glock magazine is whose. 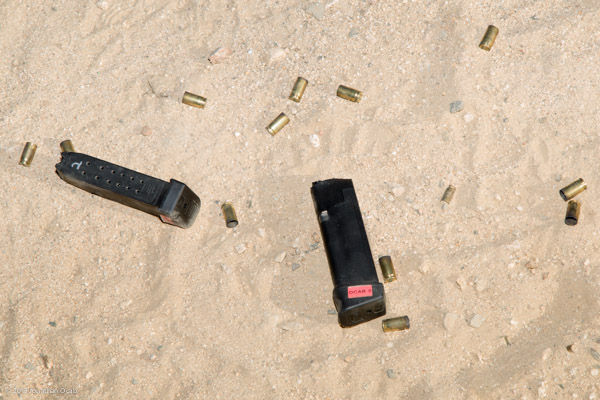 For High Power Rifle, I like to mark my rapid fire magazines. I keep a total of eight (8) 20-round USGI straight bodies in my range cart and all are individually used during the match. The eight are allocated four each to the 200 yard rapid fire sitting and the 300 yard rapid fire prone stages. Each of the four pairs are then split into two pairs each loaded with 2 and 8 rounds, respectively, to correspond to the first and second strings of fire for each rapid fire stage (assuming an 80-round National Match Course of fire). 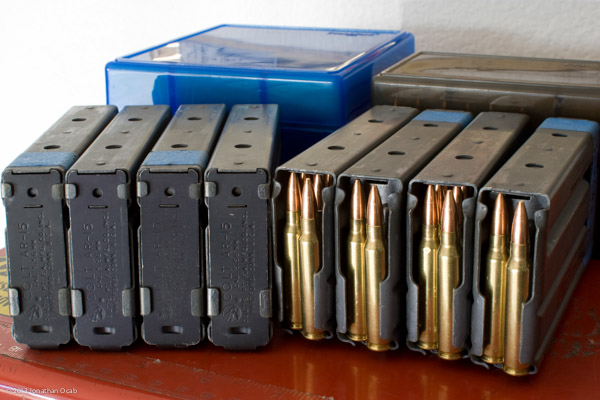 Each magazine with two rounds is clearly marked (tape or labels with text printed) so I know which contains two rounds (the first magazine loaded before the mandatory magazine change to an mag containing 8 rounds). I was actually scoring for a shooter at a match several years back who accidentally inserted his magazine containing 8 rounds first (instead of the magazine containing 2 rounds). This is actually a procedure error and negated his score for the string (0 out of 100). I’ve never mixed up magazines during a rapid fire stage, but I took the extra step of marking my magazines that contain the 2 rounds to avoid this type of mistake on the firing line.

There might be other ways to mark your magazines such that it aids in your shooting disciplines. But these are just a few things that I have done to keep things more sane when it comes to magazine management.