Gun control has launched to the forefront due to the recent tragedy. A lot of people, including friends of mine, are calling for a re-instatement of the 1994 Assault Weapon Ban.

I’m not posting this to debate whether or not I believe in an Assault Weapons Ban.

I just wanted to point out that the 1994 AWB didn’t ban the AR-15 rifle, which is one rifle variant that is commonly associated as being an “assault weapon”. 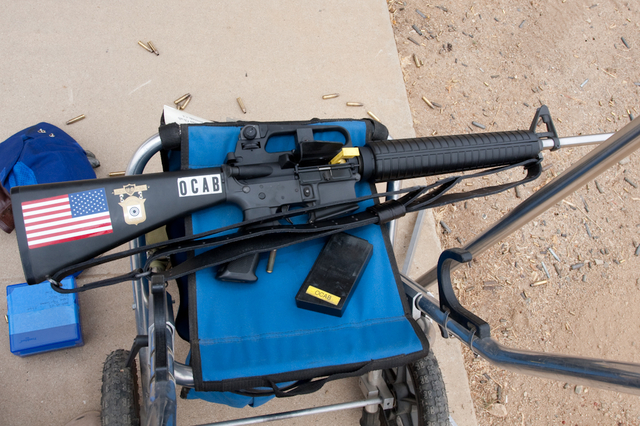 The rifle above is an AR-15 variant built on a Colt Sporter lower receiver and a White Oak Armament upper receiver with a 20 inch barrel. This is my actual competition rifle that I use for NRA (and CMP) High Power Service Rifle matches.

This gun would be legal to purchase from your local gun store even if the Federal 1994 Assault Weapon Ban were still in effect (the 2000 California Assault Weapons Ban non-withstanding).

That said, I anticipate that gun control advocates are going to use the 1994 Federal AWB as a “framework” for an inevitable piece of legislation. But they will probably draw upon the 2000 California AWB to make it more restrictive since the current California AWB is far more restrictive than the 1994 Federal AWB was with regards to the firearms categories and features that the law banned.