The clip system is a weakly supported spring design and when the VML is clamped using this system to a light stand, it easily falls off of the light stand whenever the VML is jostled or bumped.

While it costs a little extra money, the Manfrotto Super Clamp is an excellent solution to the poor VML clamp provided by PCB. 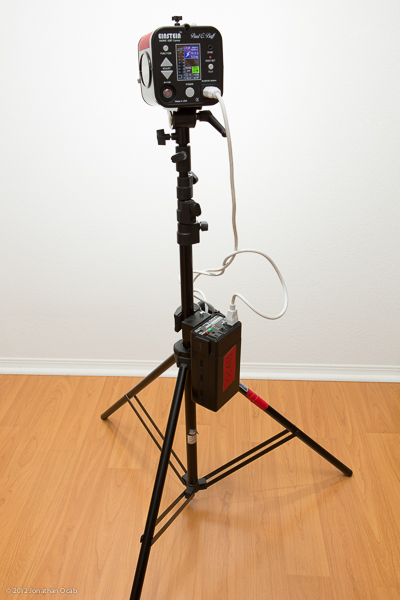 I already had a Manfrotto Super Clamp in my kit because it is a very handy piece of grip for when you want to mount a light on a railing, shelf, or other fixed ledge-type object.

Then I realized it would be perfect for mounting the VML to a light stand since the VML has a standard 1/4″-20 threaded mount on the back (which is what the provided PCB clamp uses).

The stud adapter that I had on my Manfrotto Super Clamp was a bit too long, though, so the VML was about an inch extended from the clamp body. It was still secure, but I was worried about how the VML was exerting a lot of torque on it’s own thread mount.

The Super Clamp + short stud proved to be a more than adequate mounting solution for the VML. 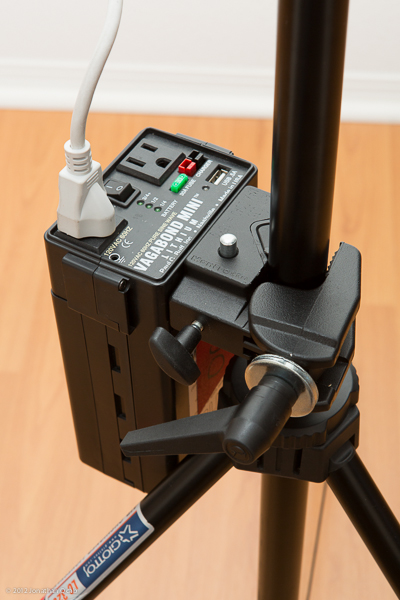 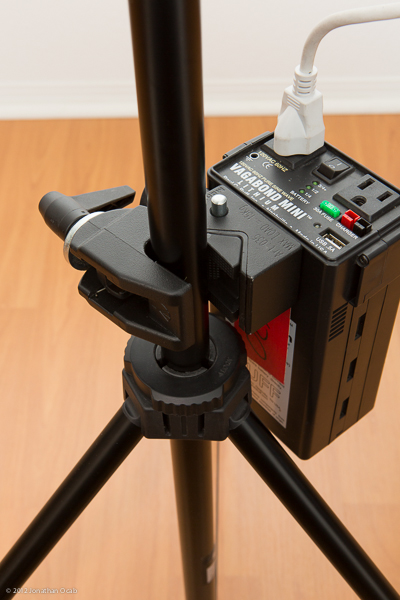 I highly recommend the Manfrotto Super Clamp with the short stud for any location photographers using the Vagabond Mini Lithium. It provides a very secure and stable mounting solution for your VML and you won’t have to worry about the VML dropping off the stand in a dynamic location photo shoot situation.