ALG Defense is a fairly young name in the firearms industry offering a few products including AR-15 triggers and rails. But the one item that I took note of when I discovered the company is the ALG Defense Flared Magwell (AFM) for the Glock 17.

ALG Defense is actually a sister company of the more well-known Geissele Automatics, who are renowned for their highly regarded AR-15 triggers. I use a Geissele in my competition service rifle. Back at the 2013 SHOT Show, I had actually seen a variation of the AFM at the Geissele booth. It was on a Glock 17 which was sitting on their table and the representative that was at the table couldn’t provide any information for me at the time. I figured it was a prototype of some sort.

Fast forward to around November 2013 and I was online browsing the web and came across a photo of a Glock 17 with a custom optic mount and a flared magwell with the ALG Defense name on it. A quick Google search for “ALG Defense” led to their website as well as information regarding their relationship with Geissele.

Last week at 2014 SHOT Show, I went over to the Geissele booth with to see if they’d have the magwell on display at the show and indeed they did, and also happened to be selling some units at the show. I ended up getting two: one in black and one in sand (the two color options available). 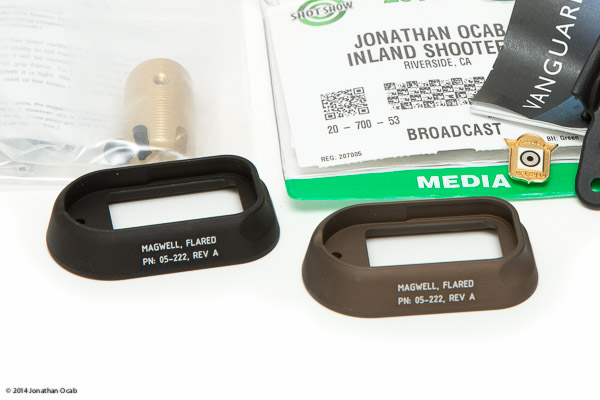 According to ALG Defense, the AFM is only meant for the third (3rd) generation Glock 17 and Glock 22 pistols. Installation on any other Glock pistol is not officially (unknown and untested fit). 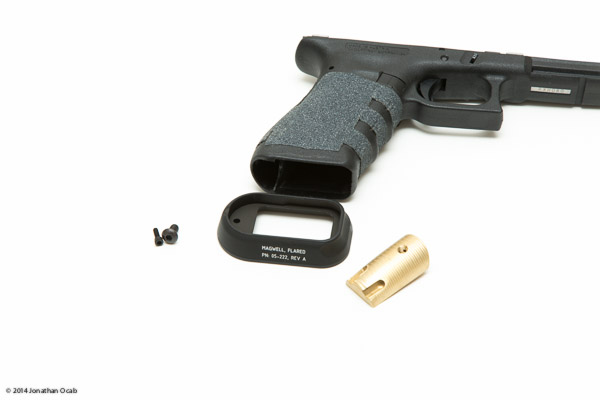 Installation begins by placing the brass plug into the rear channel of the grip between the actual magazine well and the backstrap. One of the screws goes through the lanyard hole in the lower backstrap of the Glock grip and threads into the brass plug.

I do have one criticism regarding the screw that secures brass plug. I have some slight concern that the screw could crack the back strap of the grip / frame. Perhaps some sort of washer or grommet to place between the screw and frame would be a good idea. 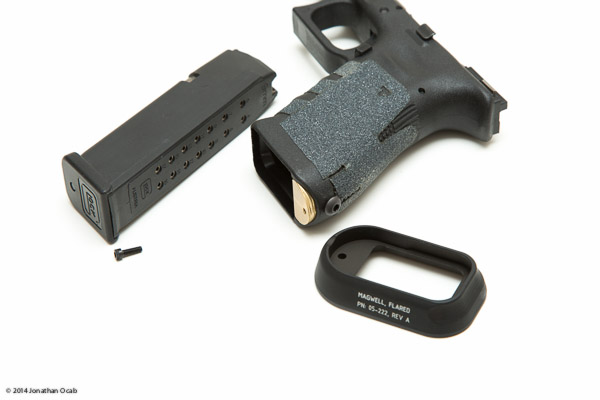 The second part of the installation begins by placing the actual AFM ‘skirt’ into the bottom of the grip. This piece is made of hard anodized aluminum.

Using the other screw, thread it through the hole of the magwell into the threads on the bottom of the brass plug installed in the previous step. 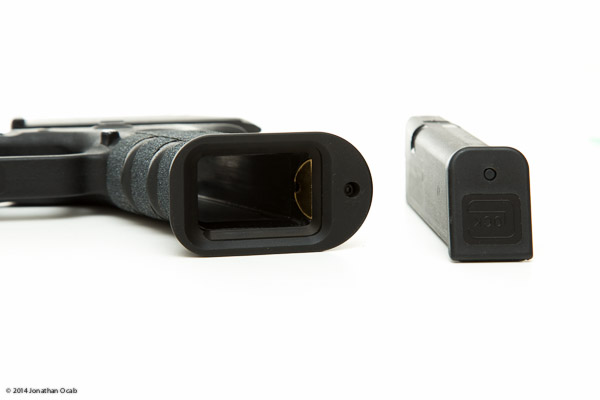 Note: If you have grip tape installed on your grip like I do on this particular pistol shown in the photos, approximately .295″ or 7.5mm of the side of the grip walls will be covered but the magwell, so cut away some grip tape as appropriate. 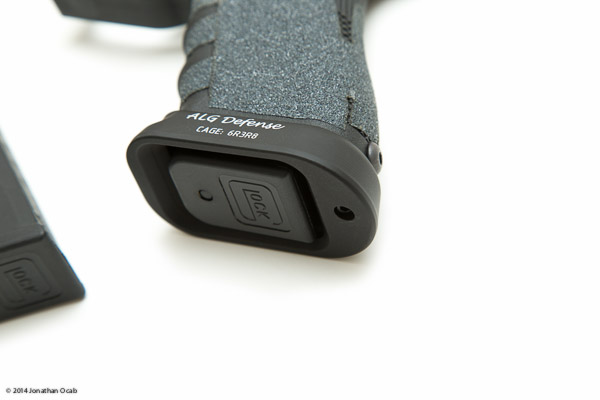 After that, simply retest to make sure that magazines drop freely without issues (using known good magazines, of course).

It’s a pretty simple install, although there was one hangup. 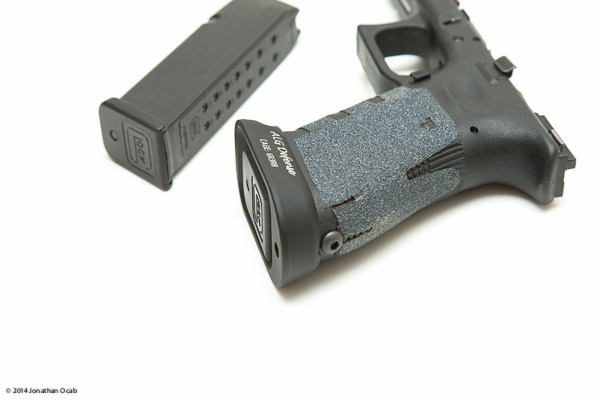 As far as the actual flaring, the AFM does a decent job with regards to an imprecise magazine insertion and does help to guide the operator in a high stress reload.

As far as affecting the shooting grip, I don’t find it making much difference whatsoever, but granted, I probably have smaller hands than the average male. 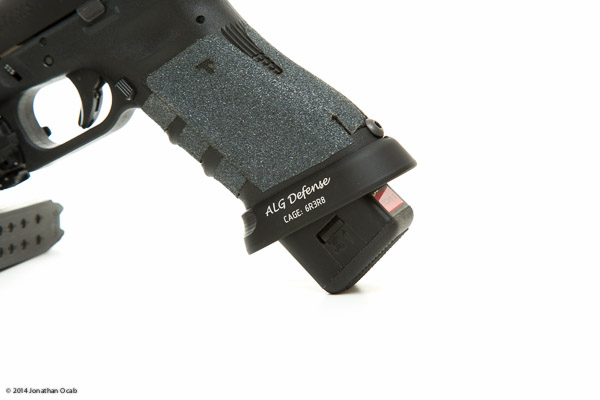 Reloads with the AFM installed on the gun are fairly smooth. I don’t know if there’s any real quantitative way to determine if the AFM works short of running statistics on the number of ‘bungled’ reloads with and without the AFM installed. Even if I did that, I would need a larger sampling (multiple shooters, multiple guns).

Whether or not the ALG Defense Flared Magwell is worth the current MSRP of $95 or $105 (Black and Sand, respectively) is debatable. I think it’s simply another piece of kit where the real-life value will be based on the individual operator using it. 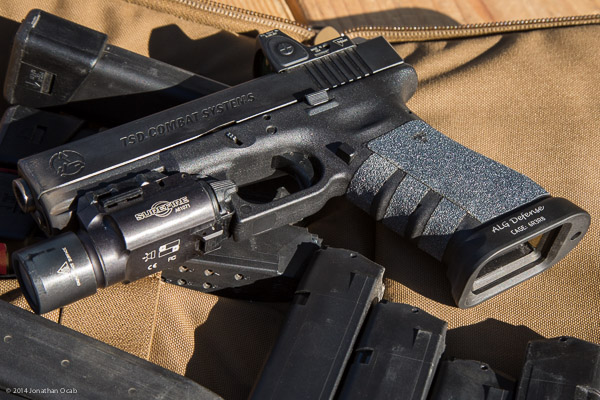