My photography is still at a slow pace right now, but I thought I would do another “Behind the Shot” write-up on something I snapped back in August of this year.

This is actually a fairly simple shot, but I have been fielding the occasional inquiry as to how I had lit up the model ever since I posted the photo on jocabphoto.com.

This was obviously an outdoors setting, using basically the edge of a pool (stepped). This portion of the pool was very close to the pool house, but the sun was high enough that the model was still being hit by hard sunlight. I still haven’t spent money on a scrim (or even a large reflector), so I had a friend hold a large PLM (umbrella) above the model to flag the sun so sunlight wouldn’t hit her.

I then had two Paul C. Buff Einstein 640 strobes, the main light with a 47″ octabox and the rim light with a medium sized (~36″) gridded softbox. 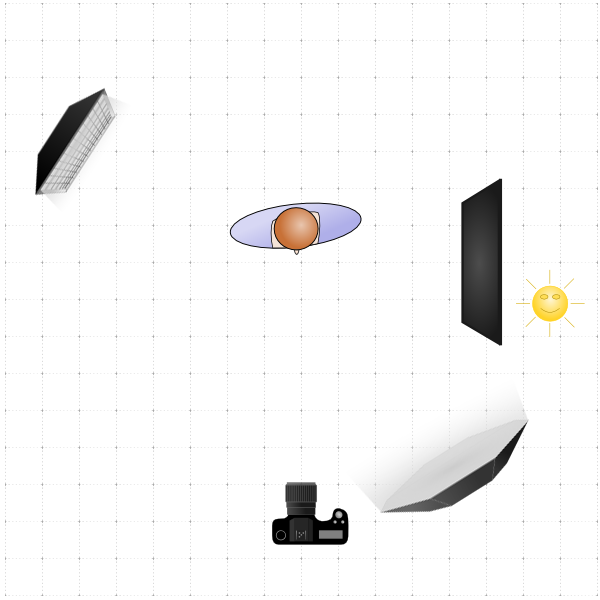 According to the time of day, it was 1425 PDT and the weather was clear with slight haze. This means that I needed to run a neutral density filter to get the background exposure down if I was going to shoot f/2.8. I ended up running the Singh-Ray Vari-ND with about 3-stops, putting my camera settings to f/2.8 and 1/200sec at ISO 100.

That’s pretty much all there is to this shot. There really wasn’t much to think about for this photo except to make sure the key light didn’t cast a hard shadow on her face with the brim of the hat. The rim light was a necessity since I essentially flagged the sun, so I had no separation for the model and the background. If I were to make any changes to how I lit this shot, I would probably have added a third rim light at camera 2 o’clock (and behind the model), just to get a little highlight on the black hat against the dark shadows in the foliage of the background.

Using studio strobes outdoors is a simple matter of shooting a sync speed, and figuring out if you want to “overpower the sun” by setting your strobes with a lot of power output and stopping down your aperture (e.g. f/11 with 1/200sec at ISO 100 on a normal sunny day), or shoot with a neutral density filter to kill ambient light so you can still shoot wider apertures (e.g. f/2.8).

As indicated, I opted for the latter and used the Singh-Ray Vari-ND. If you don’t own a neutral density filter and want to shoot outdoors with strobes often, check out the Singh-Ray, or at the very least get an ND-8 (3-stop) filter.