This is the second part of the “Behind the Shot” article I posted regarding a location shoot I had on 2012-11-17 (large house in Camarillo). As I outlined in the first part, I had to ditch some earlier shoot concept ideas due to wardrobe and weather issues, and ended up doing more holiday themed shots.

Towards the end of the afternoon past sundown, I was experimenting with some shots in other areas of the house with very close quarters such that the areas didn’t allow for any large light modifiers.

The following photo is one of the last shots I took that day:

Due to the tight quarters, what I used the Paul C Buff AlienBees ABR800 ring flash (see my ABR800 review) for my key light, and a PCB Einstein 640 as the rear kicker light. 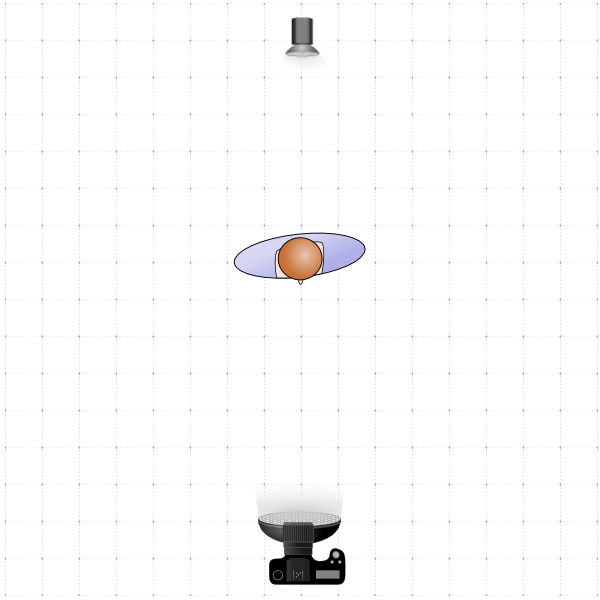 As you can see, I actually placed the kicker light directly behind the model using a Manfrotto 012B Backlite stand.

If you don’t have a Manfrotto Backlite stand, I highly recommend getting one or two to keep in your kit. The stand is very handy when you want to place a light low to the ground, or in combination with the pole extension, behind a subject with minimal visibility of the grip equipment.

I used a grid on the ring flash because I wanted to minimize the cone of light and keep it from spilling on to the background as much as possible. The 10 degree grid on the kicker light was also meant to minimize an spill of the light past the model and prevent any possible flaring. Lens flares can be creatively used, but that’s not what I was looking for here.

The resulting lighting was what I was hoping for. I wanted a somewhat dim environment with a well lit model that isn’t exposed too much to dominate the background scene. But I also didn’t want the model’s lines to fade or blend into the background environment, which the rear kicker light achieved with a subdued glowing highlight effect.