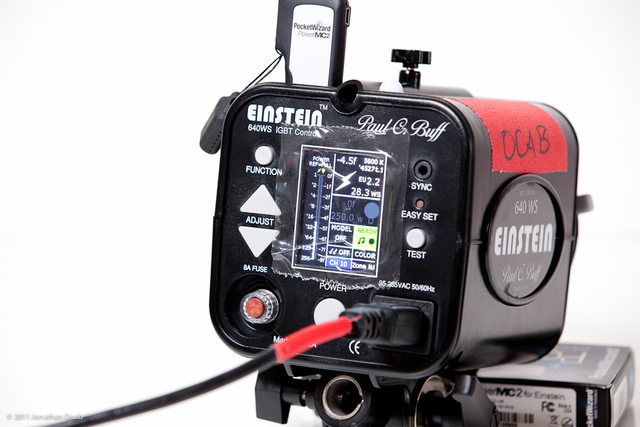 I had never heard of this or ever experienced it, so I decided to immediately test it.

Result: It is true.

I have my TT1/TT5 units configured to never control the modeling lamp. When I use my Einstein and PowerMC2, I always turn them off manually (via the Einstein LCD panel).

I also tested this with the 5D Mark III and it behaves in the manner above.

When you use a Canon Speedlite on the hot shoe of the camera, depressing the DoF preview button actually causes the Speedlite to flash at a high frequency to simulate a modeling lamp. Thus, since ControlTL is basically wireless ETTL, it is sending that same command to activate the modeling lamp to the wireless remote strobe, in this case the Einstein.

But this behavior is actually important to be aware of.

I think this feature should remain, but PocketWizard could add/tweak a few things to clean up the behavior.

In the meantime, if you use a Canon 5D series with a PocketWizard TT1/TT5 system and the Einstein+PowerMC2, be aware of this issue and take countermeasures (e.g. physically remove modeling lamps) as desired/needed/preferred.