The delay of the Canon BG-E11 battery grip for the Canon 5D Mark III was exacerbated by the fact that I received one of first shipments of the camera received by B&H Photo. After over two months of using the 5D Mark III without a battery grip, I finally received the BG-E11. 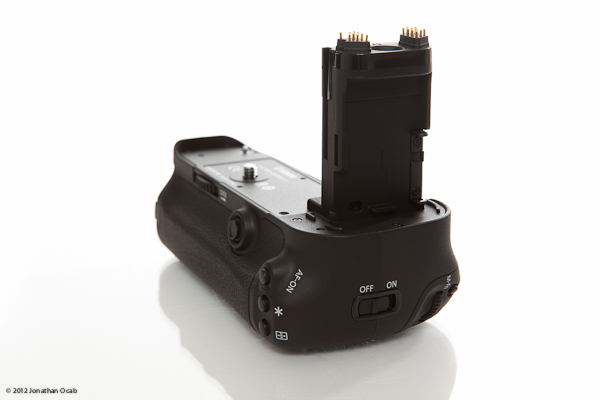 There are a couple significant design changes to the BG-E11 compared to previous battery grip iterations.

First of all, the batteries are inserted into the camera via a magazine through the side of the camera, similar to the 1D-series. 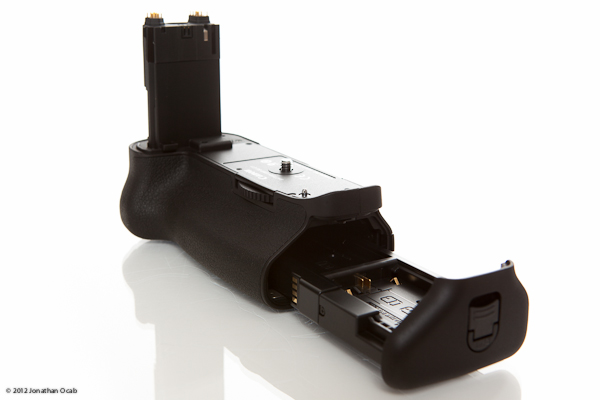 I’m not entirely sure I’m happy with this change. All other Canon battery grips I have owned had batteries inserted into the grip from the rear of the camera via a door/flap. What I did for this form factor was put labels on my batteries with the battery’s serial number (LP-E6 batteries have unique IDs in each chip) so I could easily identify and pull/replace a specific battery is needed (see: https://www.ocabj.net/?p=649).

The new magazine design negates the labeling system I have been using with my LP-E6 batteries with regards to visual checks. But the LCD menu on the 5DIII does provide an indicator of which battery it is referring to as shown here: 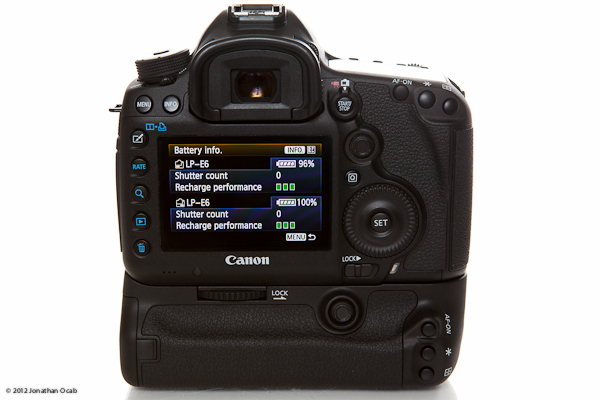 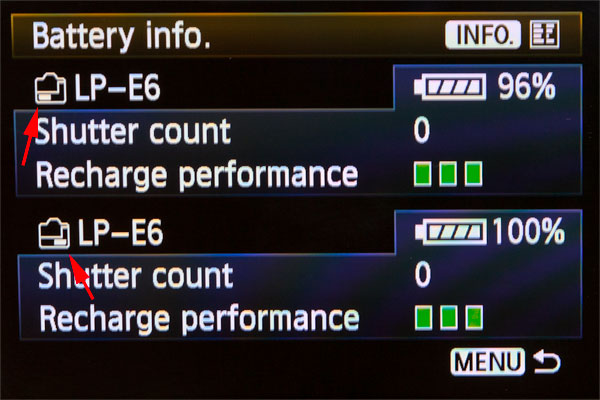 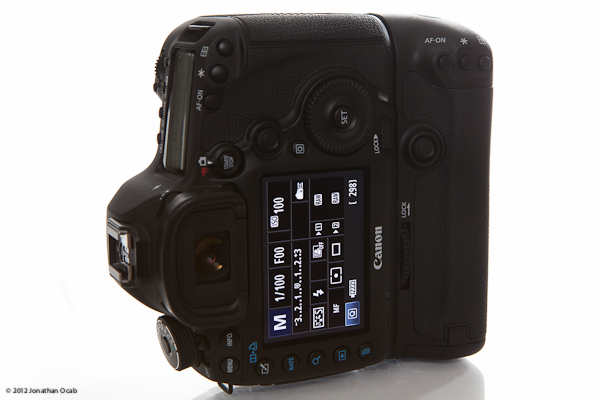 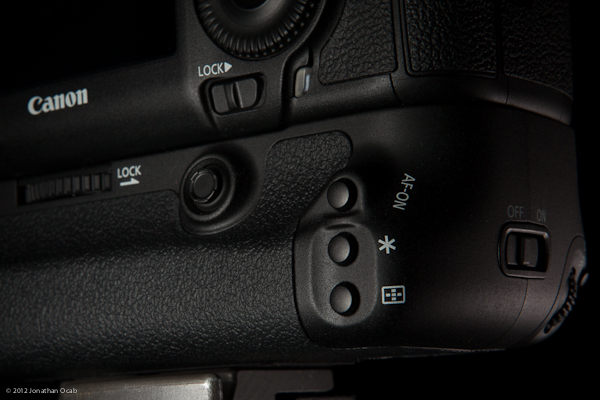 The one situation where that is a problem for me is with the Alien Bees ABR800 ring flash that I configured to use Manfrotto quick release plates (RC2). Whenever I use the 70-200 in the ABR800, I mount the 70-200 lens collar onto the ABR800 platform. When switching to another lens (e.g. 24-70 or 85), I could not use the 5D Mark II BG-E6 gripped body on the ABR800 because the tripod mount on the body was offset. The lens would not be centered in the lens channel of the ABR800, thus requiring me to remove the grip to use the correctly ‘centered’ tripod mount on the actual 5D Mark II camera body. Note: I alleviated this issue by switching to using Arca-Swiss style plates/brackets with the ABR800. 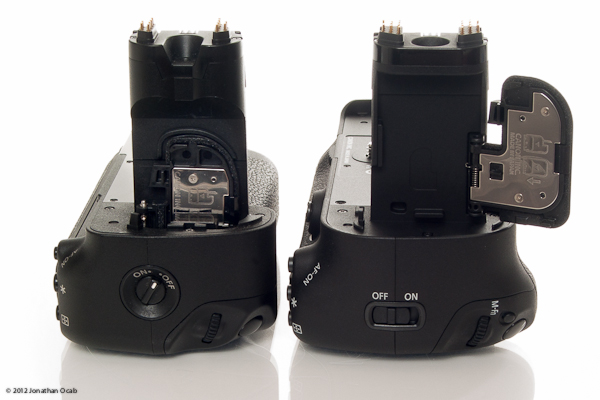 Also of note, Canon went from a ‘turn’ knob to a slider switch for turning the controls on and off on the BG-E11.

As far as the feel of the BG-E11, I will say that it has a different ergonomic contour compared to the BG-E6 of the Canon 5D Mark III. Without looking at the physical dimensions/specifications, the BG-E11 feels more stout in the hand (front to back).

For the few that actually have concerns about where the grip is made, the BG-E11 is made in Japan and not in China or Taiwan. 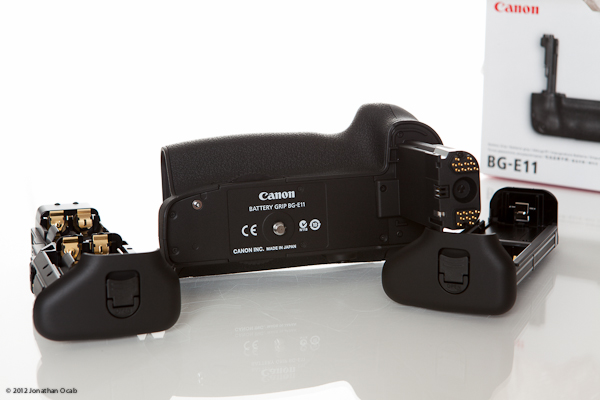 There’s not much I can say except that the BG-E11 appears to be a solid design with added features/improvements (e.g. joystick on grip) from previous grip designs that make it a worthy piece of gear for a 5D Mark III owner.

The major detractor: the price. When Canon initially announced the 5D Mark III in a press release, they cited the optional BG-E11 grip with an MSRP of $499 USD. I balked at that price when I read the press release. Thankfully, the actual prices at retailers dropped down to $349 USD. But even then, that is still quite expensive especially when compared to the prices of the other Canon battery grips (and the price of third party grips).

I know several people who use a third party grip as opposed to the Canon or Nikon OEM grip and are satisfied with the quality. As for me, I prefer to use the OEM grip to ensure 100% compatibility and functionality, as well as obtain a high build quality.

Is the BG-E11 right for you? If you shoot portraits, I think you should definitely have a battery grip. But it’s up to each individual to decide if (s)he wants to spend for the BG-E11 or opt for a less expensive third party alternative.

Here’s a short video breakdown of the BG-E11 that I recorded and posted on Youtube.