The term ‘bullet’ is constantly misused in the discussion of firearms, not just amongst the uneducated media but also (disturbingly enough) among avid shooters. Frankly, it annoys me when ‘bullets’ is used to refer to ‘ammunition’ or ‘ammo’.

Bullets are NOT ammunition. Ammunition are NOT bullets. 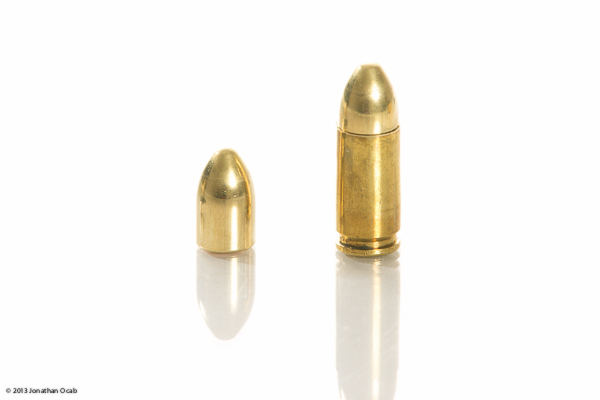 The above photo depicts a 9mm 124gr round nose bullet on the left and a 9mm ammunition cartridge consisting of the same bullet on the right. See the difference?

Bullets are the projectile, the object propelled by the firearm.

Ammunition, ammo, or cartridges are the composition of a bullet encased by a casing with primer and powder that are used to propel the cartridge from a firearm. 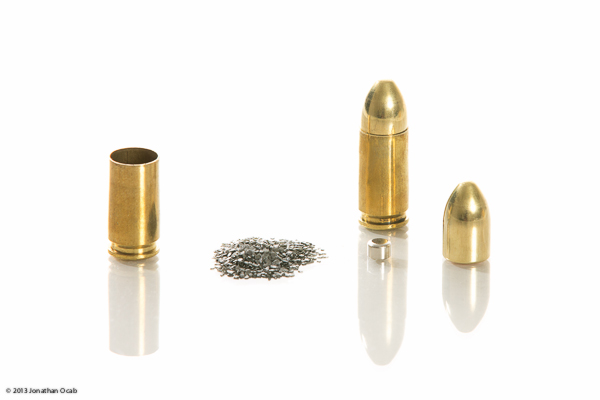 In the above photo from left to right are the casing (brass), the powder (4.ogr of Hodgdon Titegroup), primer (CCI small pistol) with fully completed cartridge behind, and a bullet (9mm 124gr round nose).

Four components to make one single ammunition cartridge, the bullet being only one.

Bullets are simply metal, typically lead in a copper jacket. By itself, a bullet is just a piece of inert metal.

So why the clinical explanation?

Mainly because it gets annoying when confusion arises because people via a bullet as ammunition.

You’d be amazed on how many people see bullets being sold online, order them, then are surprised when they receive them thinking they’re supposed to be loaded ammunition.

Anyway, that’s my mini-rant for the day.

If you want to learn more about ammunition and how to handload (make) your own ammunition, there are many books on the subject such as the ABC’s of Reloading.