I went online and found a couple threads were people claim to have filed down portions of the PMAG in order to get it to fit better in their setups (mainly those with other chassis systems that are not by Accuracy International, but use AICS pattern magazines).

After a lot of testing of the Magpul PMAG insertion and ejection, and measuring, I figured out there is a ‘hot’ spot in the external dimensions of the Magpul AICS pattern PMAG compared to a factory AI magazine. 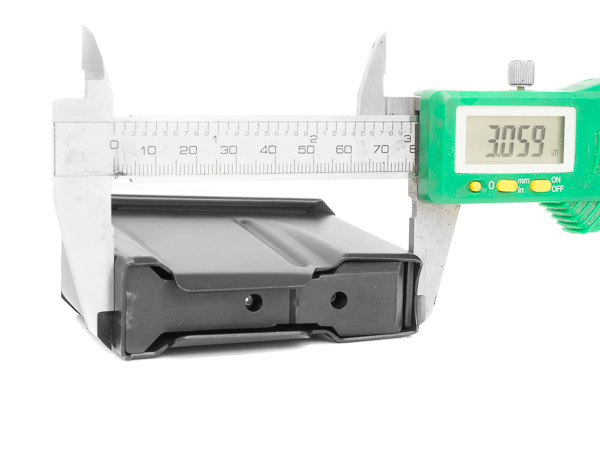 If you lock your calipers and run up and down the magazine to measure the front to back length, it will pretty much remain constant at that length throughout the entire height of the magazine (except for the bump for the magazine lock).

But if you measure the external front to back length of the Magpul AICS pattern PMAG, specifically above the magazine lock bump, you will find that the measurement will exceed 3.065″ in specific spots, but lower in others. 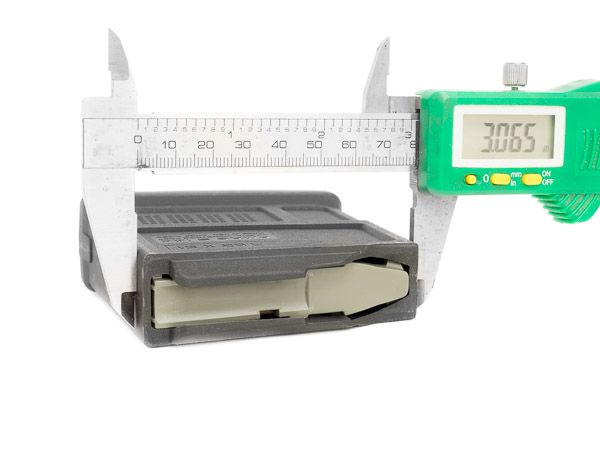 Also, the very center portion of the front and back measurement will be longer than if you measure at the edge (corner). This hot spot / high spot in the front to back external dimensions is what is causing some drag in the chassis magazine well, resulting in the magazine not dropping free. This drag, plus the lighter weight of the Magpul 5-round vs the factory AI 5-round mag (3.2 ounces vs 5.5 ounces, respectively), makes for a condition where the Magpul PMAG AC will not drop free easily.

To alleviate this, simply file off material from the front and/or rear of the Magpul AICS pattern PMAG to remove the hot spots and get the front to back external length of the magazine above the magazine lock bump to be closer to 3.060″. 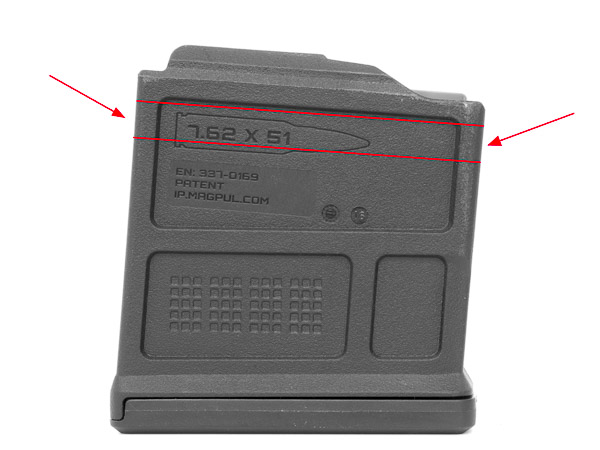 Generally speaking, the section between the lines is where I found the front to back external measurement to have high spots.

As far as where to file, I concentrated on the portion marked by the red opaque shaded area in the photo below. 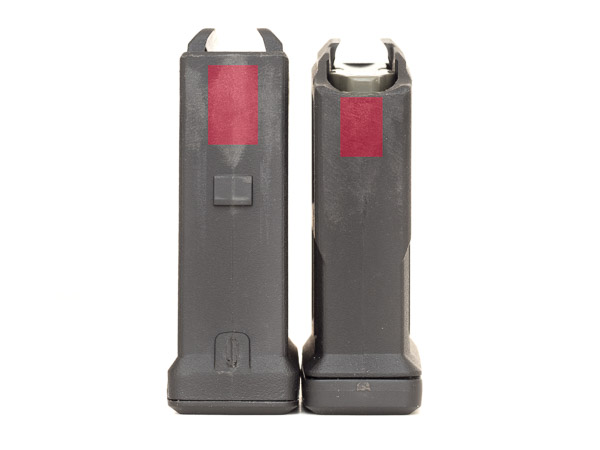 Definitely check the measurement at The center portion of the front side, where the line appears running up and down the magazine most likely as a result of the molding process.

After I did some filing (you can tell what got filed off based on the grey scuffing above), the Magpul PMAG AC now drops free from my ATAICS. I did not file it down to match the same front to back length as the factory AI magazine (~3.059″), but filed down a little at a time and rechecking the magazine in the gun until it dropped free. 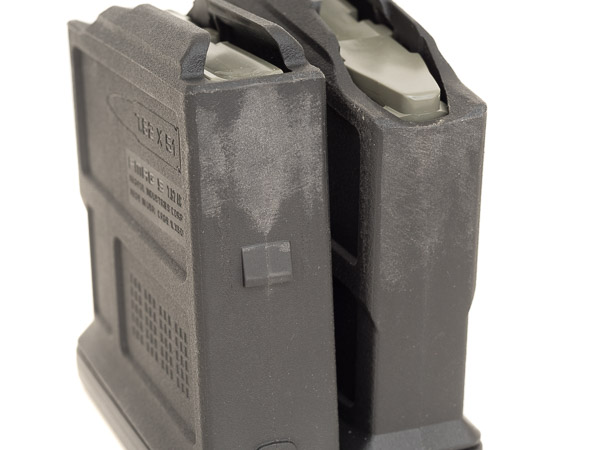 While the Magpul PMAG AC is supposed to be compatible with all AICS pattern compatible systems, some non-AI chassis systems may have different issues. But my drop free modification worked for my AT Accuracy International Chassis System and should serve as a decent reference or guide on what you can do to your Magpul AICS pattern PMAGs if you have drop free issues.

Note that I also applied this same solution to a Magpul PMAG AC 10-round magazine which also did not drop free, and it now drops free.