For those of you running a Magpul UBR stock with a two-point sling and quick release swivels, I highly recommend modifying the stock to use an anti-rotation / limited rotation sling swivel cup.

I specifically use a Blue Force Gear VCAS (Vickers Combat Application Sling) with quick detach sling swivels on the front and rear. 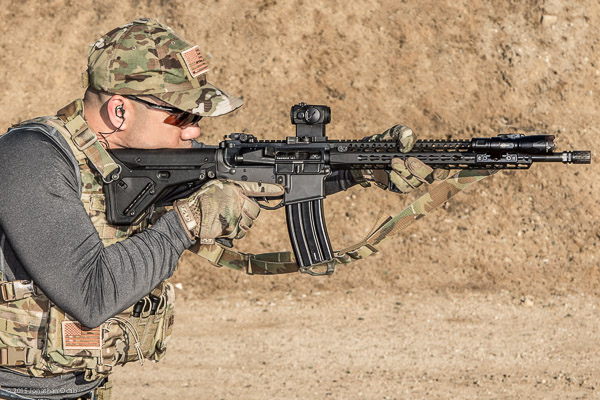 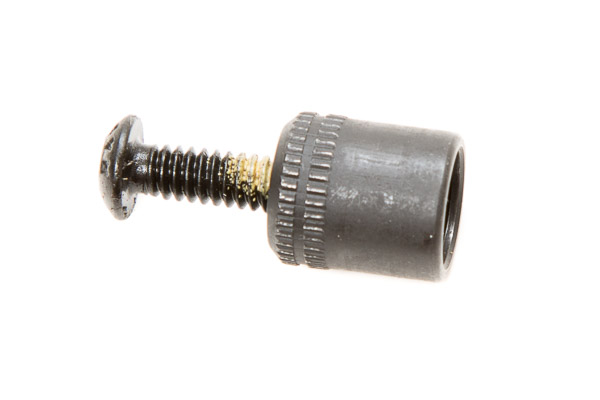 What became an issue over time is that due to the 360 degree free rotation of the sling swivel cup, the sling would become twisted whenever I took the rifle off the body and put it back on the body. I would spend time trying to untwist the sling just to get everything straight / ‘flat’ again. This became annoying and I started looking into anti-rotation options.

Through Google search, I came across a forum thread on ar15.com mentioning Grovtec anti-rotation sling swivel cups and how they will fit the UBR with a simple thread tapping of the UBR hole (the Grovtec is a threaded swivel cup).

I ended up acquiring the Grovtec GTHM-289 limited rotation sling swivel cups from MidwayUSA on sale for $5 (2/pack), and then a 9/16-18NF bottom tap from Brownells for another $5 and change. 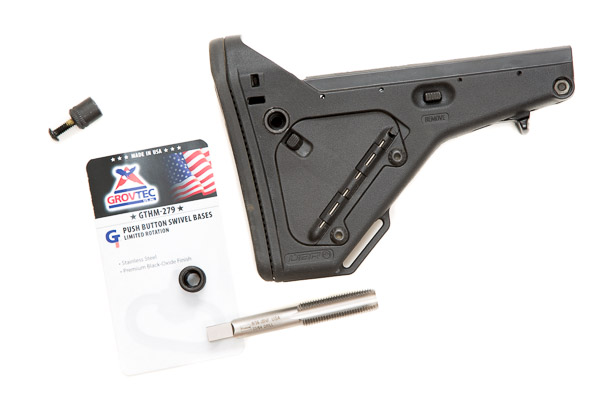 It’s a very quick install, taking a few minutes to thread the hole with the 9/16-18NF bottom tap and then screwing in the swivel cup. I ended up using Super Glue to set the swivel cup into the stock as a security measure for retention. A polymer/plastic compatible epoxy might have been more suitable, but I had Super Glue right there on my work bench, so that’s what I reached for.

The limited rotation sling swivel cup allows for about 15 degrees of movement on the sling swivel, so it’s not completely anti-rotation locked.

Note: DO NOT buy the Forney #21018 9/16-18NF bottom tap sold on Amazon. The product photos on the Amazon page show a bottom tap. The product photos on the manufacturer web site show a bottom tap. The description on both Amazon and Forney’s web site indicate a bottom tap. But when you receive it, the item is actually a taper tap. For those that don’t understand what this means, a taper tap doesn’t have the full threads on the widest diameter (9/16″) until about half an inch from the bottom of the tap, which translates to the threads not going all the way down to the bottom of the hole. If you use a taper tap to thread the UBR’s sling swivel hole, you won’t be able to screw the Grovtec sling swivel cup flush with the stock, and it will be protruding out at least a quarter to half inch. Get the 9/16-18NF tap sold by Brownells (SKU 395-000-004WB).

Anyway, now that I have an anti-rotation sling swivel cup for the rear sling mount point, the sling no longer becomes twisted.