At the 2017 SHOT Show, I reported that Federal announced a new expansion of their Premium ammunition line with the creation of Gold Medal Berger. 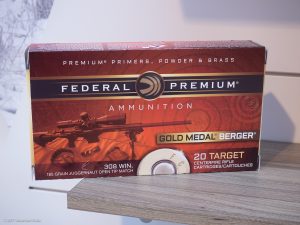 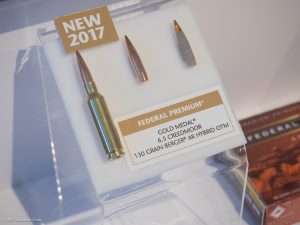 After SHOT Show 2017, I was keen on acquiring some of the new Federal Gold Medal Berger 6.5mm Creedmoor 130gr ammunition to test out and see if it would live up to the Federal Gold Medal heritage. Unfortunately, this ammunition was slow to get to retailers. But I finally acquired some last month through Target Sports USA. 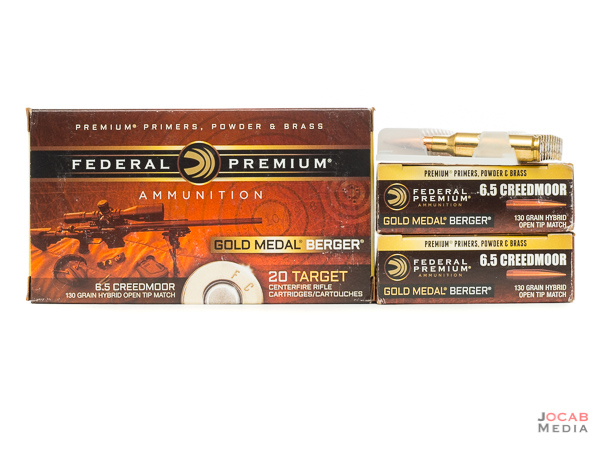 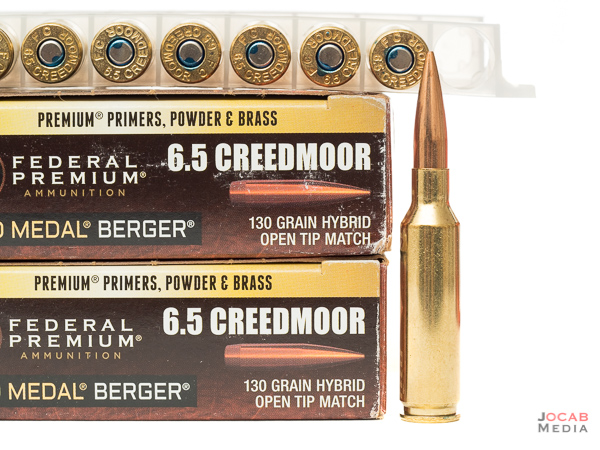 The Berger Bullets 6.5mm 130gr AR Hybrid OTM Tactical is an excellent choice for a factory round. It has an excellent ballistic coefficent (G7 .287) and it can be pushed a good 100fps+ faster than the 140gr for flat trajectory. But huge advantage of the 130gr AR Hybrid is that it was designed so it did not have to be seated close to the lands. The bullet was designed specifically for magazine length seating depths (e.g. 2.800″) and still maintain top notch accuracy and precision.

This ammunition is rated to shoot at a muzzle velocity of 2875 feet per second, presumably out of a 24″ barrel. 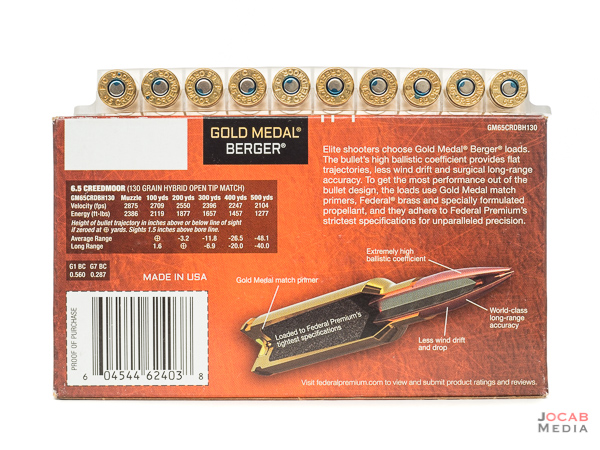 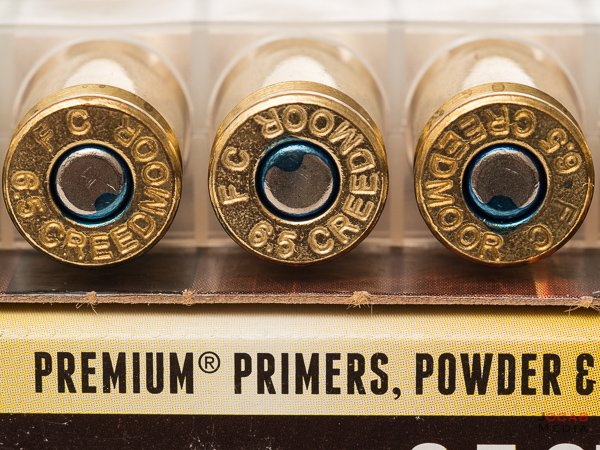 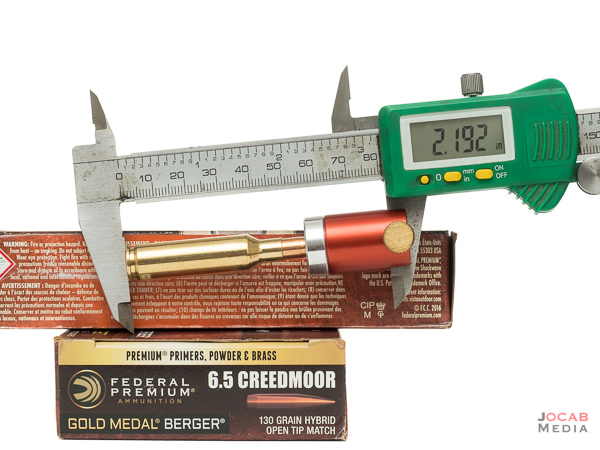 2.800″ is the standard ‘safe’ COL for being magazine length compatible, but most folks exceed this, including myself. My handloads with the Berger Bullets 130gr AR Hybrid OTM Tactical have an average COL of ~2.825″, with a base to ogive length of 2.227″.

It is extremely important to know your distance to lands, especially when you seat longer than expected. When there was only a couple hundred rounds in the barrel of my current 6.5mm Creedmoor barrel, I determined base to ogive length that would be right at the lands in my gun is 2.242″.

Given that my own person handloads with the Berger 130gr AR Hybrid shoot 1/2 MOA, I expected the Gold Medal Berger ammo to come close to the same precision as my own handloads. Or at the very least, shoot under 1 MOA. As mentioned, this Gold Medal Berger 130gr is supposed to have a muzzle velocity of 2875fps. My own recipe for the Berger 130gr AR Hybrid has the bullet moving with a muzzle velocity of 2900fps (slightly hotter) in Hornady or Lapua brass.

I took the ammo to the range one morning to conduct chronograph and precision testing. 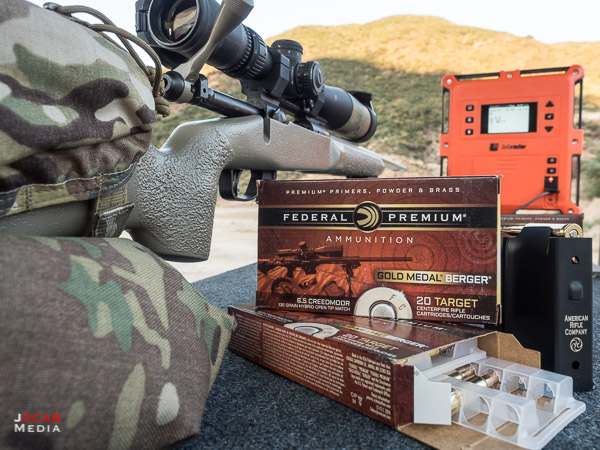 The test rifle is a Savage 10FP with a Shilen stainless steel select match 24″ length with 1:8″ twist (chambered in 6.5mm Creedmoor, of course).

As far as velocity data, I collected data from 20-rounds of Federal Premium Gold Medal Berger 6.5mm Creedmoor 130gr. The 20-round aggregated yielded:

The average velocity of ~2879 fps is very close to the 2875 fps it is rated at. The standard deviation and extreme spread values are definitely a lot higher than most people would want out of match grade ammunition.

Out of my specific rifle, the velocity of Federal Gold Medal Match is about the same as with 43.2gr of Hodgdon H4350 in Hornady or Lapua brass.

As far as the impact on target, this ammunition does shoot well at 100 yards. 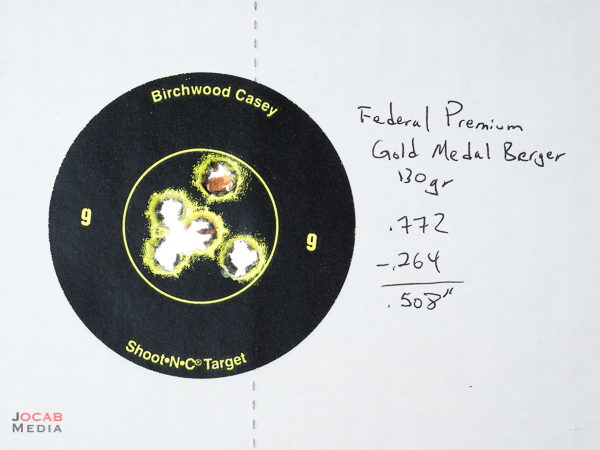 The above 5-shot group is decent for factory ammo. 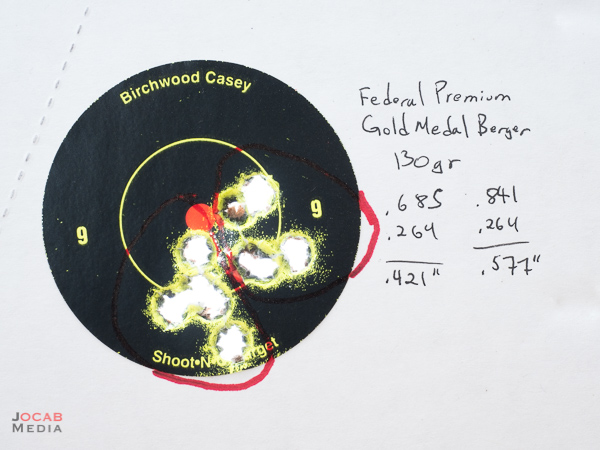 The above 10-shot target is actually two individual groups, where I fired five rounds and made a parallax adjustment before shooting the next five rounds.