After I acquired the Jeep Wrangler JK Unlimited Rubicon, I found myself exploring off-road trails that are also in areas that have no cellular coverage, thus prompting renewed interest in emergency communications. 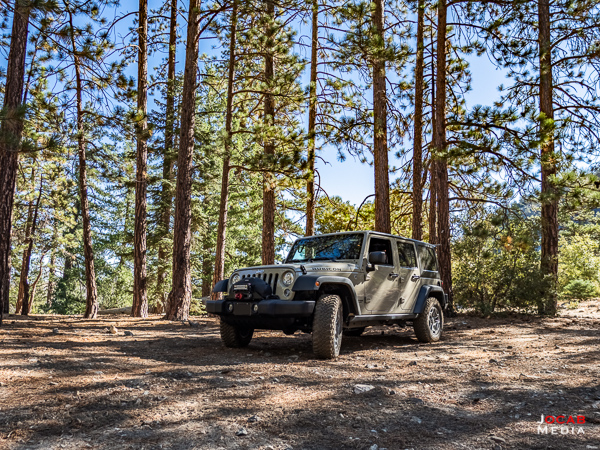 I was very intrigued by the Garmin inReach Mini, so I ended up purchasing one. 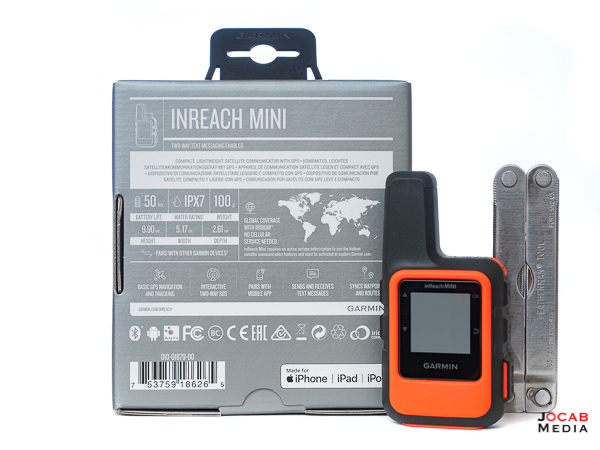 The inReach Mini has an internal lithium ion battery that is not removable, but is recharged via USB. According to the Garmin specification sheet, the Explorer Mini will last up to 90 hours with 10-minute GPS tracking intervals, up to 35 hours at 10-minute tracking with 1-second logging, up to 24 days at 30-minute tracking power save mode, and up to 1 year when powered off. 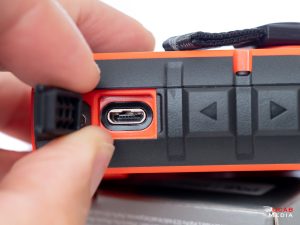 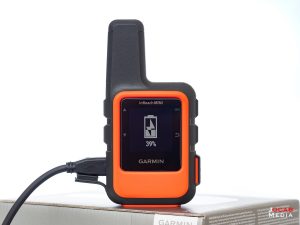 The door for the USB port is rubber and the unit has an IPX7 water resistance rating, which means it can handle immersion in water up to one meter in depth. Essentially, this unit should be able to handle rain and snow conditions.

The screen for the inReach Mini is only 0.9″ x 0.9″, but it provides enough screen for a basic menu system to adjust settings and read messages. 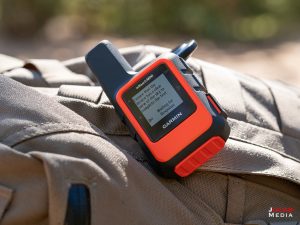 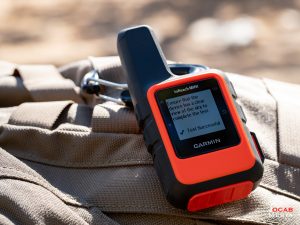 The setup is fairly straightforward, but the caveat to using the Garmin inReach devices for satellite communications is that it requires a Garmin inReach subscription plan. This plan allows the device to use the Iridium satellite network and send/receive text messages, as well as send GPS tracking points that can be shared via the Garmin web service and/or social media (whenever desired).

The Iridium Satellite Constellation (or network) provides global satellite coverage and there are enough satellites in orbit to cover the entire Earth surface at any given moment in time.

The current plans start as low as $11.95 per month and go to as high as $99.95 per month. It all varies on how many messages you want to be able to send per month without incurring per message fees. Without getting too deep into the inReach subscription plans, the two least expensive plans include 10 and 40 text messages a month, with a cost of 50 cents per message over the allotted amount in the respective plan.

Check out the Garmin website for the inReach satellite plans and pricing.

While you can compose messages on the inReach Mini, you will definitely want to use a smartphone with the Garmin Earthmate smartphone app. 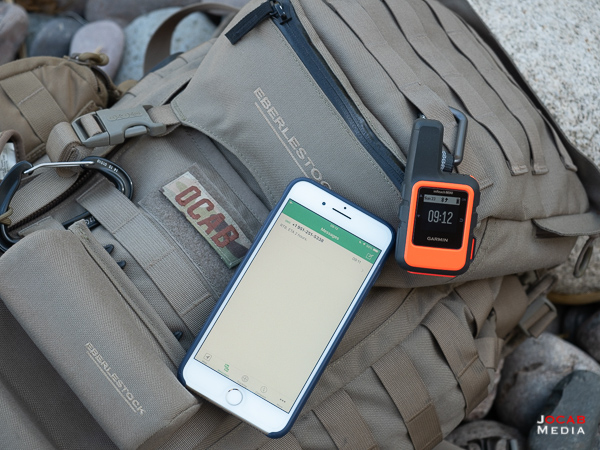 Composing messages on the actual Garmin inReach Mini device is akin to using a generic cellular phone from the late-1990s to send texts messages. A lot of cycling through letters to generate words before sending. 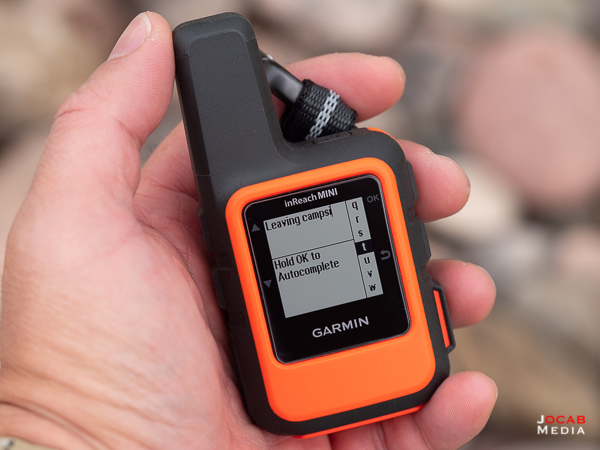 With the Earthmate app, you get an input interface similar to any other messaging app interface on a smartphone. Of course, the phone will pair with the Garmin inReach Mini over Bluetooth in order to actually send the message from the phone. 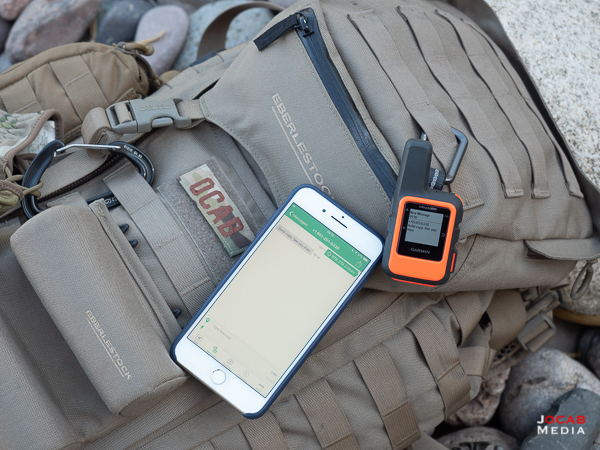 Messaging is not fast like regular SMS text messaging on standard cellular networks. Messages can take one to two minutes to send and it could take another one to two minutes (or longer) to receive. It all depends on the satellite link and how often the inReach Mini fetches messages. But it is sufficient for the purposes of getting messages in and out when off grid.

It is important to note that with satellite connectivity, line of sight with the sky is imperative for the best communication link. Tall trees and heavy foliage, heavy cloud cover, or being inside a vehicle can affect a satellite communication device’s ability to send/receive on the Iridium network. Keeping the Garmin inReach Mini clipped to the outside of a backpack or rucksack while hiking, or keeping it on the dashboard of a vehicle right by the windshield while driving will help keep it in line of sight with the sky. 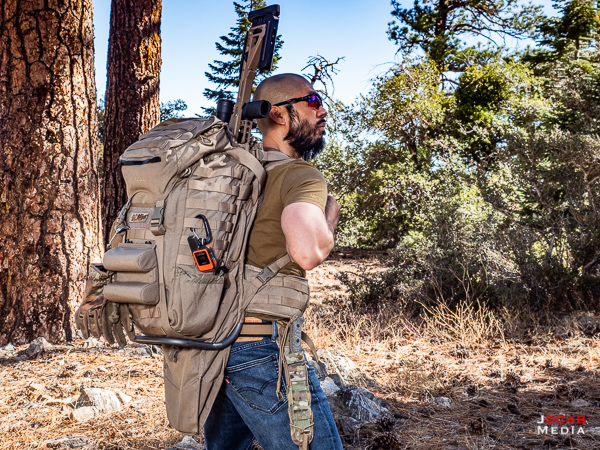 While the ability to send and receive text messages when off grid is the primary reason I purchased the Garmin inReach Mini, the one feature that really helped nudge me to buy the device is the SOS beaconing. The Garmin inReach devices provides SOS communication with the GEOS emergency monitoring center.

If you are out in the wilderness and get into a serious situation such as a crippling injury and are unable to call out to anyone, the SOS feature on the Garmin inReach Mini will connect you immediately with the GEOS 24×7 emergency monitoring center in Texas, and coordinate the appropriate response (e.g. search and rescue). The connection to the GEOS monitoring center is actually included in the Garmin inReach subscription plan. 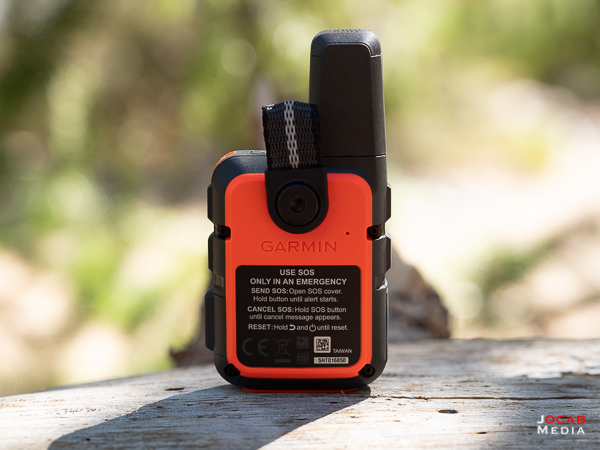 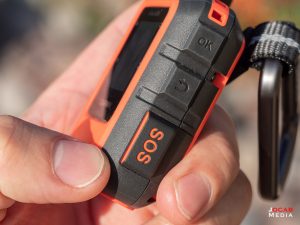 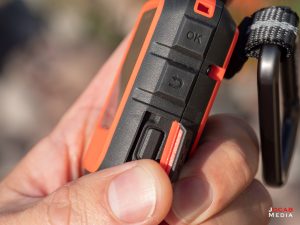 Obviously, I do not intend on conducting illegal activities in the wilderness, but I would hate to go out on a trail somewhere and injure myself, use the SOS alert on the Garmin inReach and get rescued, only to get a bill from the rescuing agency (or state) because they felt it was my fault that I needed a rescue.

GEOS actually has paid membership plans at various tiers that function as insurance to cover the costs of any search and rescue operation that you may incur. According to the GEOS website, the most basic GEOS SAR 50 plan:

You can get the plan directly from GEOS, but Garmin also resells the GEOS SAR plans through the Garmin inReach subscription account signup (and management) process for the same exact prices. I went ahead and paid the $17.95 annual fee to get the GEOS SAR 50 plan. I figure this should be sufficient for a basic search and rescue in the areas I would go to in the region.

One other feature provided by the Garmin inReach in combination with a subscription plan is the ability to share your GPS location to friends and family. 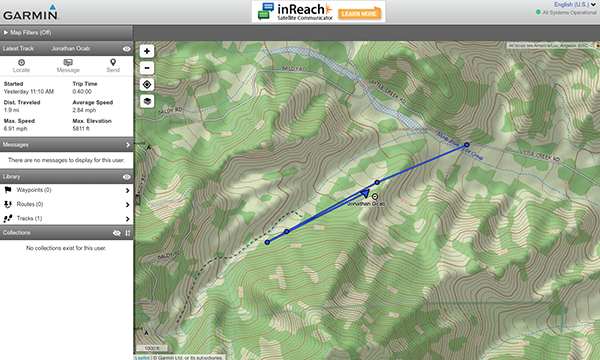 This currently works primarily through a web based map service provided by Garmin that can be password protected. Garmin used to allow posting GPS tracking points to Facebook, but changes to Facebook policies after the Cambridge Analytica scandal resulted in this feature being supported. Garmin can post GPS tracking points to Twitter, but this is usually undesirable since most people have public Twitter feeds.

Overall, I feel the Garmin inReach Mini Satellite Communicator is a viable option for anyone that needs infrequent/emergency satellite text message capabilities. It carries a lower barrier of entry and monthly cost compared to an actual satellite phone. The maintenance overhead is lower since the battery will last up to one year when turned off. Of course, the cost is not exactly inexpensive, either. The Garmin inReach Mini does carry the MSRP of $349, with the lowest monthly plan carrying a cost of $11.95/month (with one-year commitment) or $14.95/month (month to month, no commitment), along with the extra $17.95/year for the GEOS SAR 50 coverage.

But given the desire for a low maintenance emergency communication device, I believe the Garmin inReach Mini Satellite Communicator will fit the bill for the casual explorer. 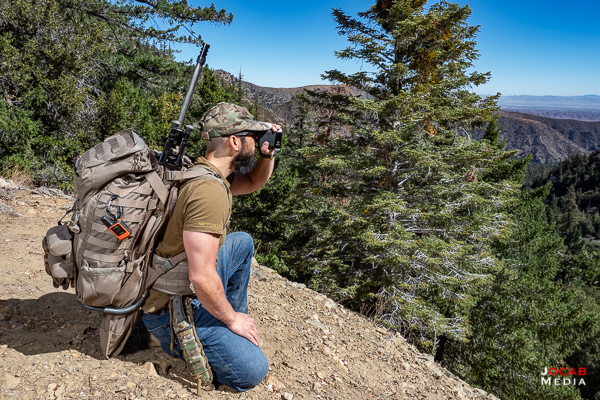 I plan on keeping my inReach Mini unit and will maintain the lowest priced plan since I don’t need to regularly send text messages while out of cellular coverage. The whole point of this unit is for emergency communications, and if I were in a emergency situation where I have to send/receive many messages, paying for text message overage fees will be the last thing on my mind.