I have a 10+ year old Surefire C2 Centurion using the old school stock Surefire P60 incandescent bulb. Back then, this light was pretty “high speed” as far as handhelds went.

Obviously, in the past few years LED bulb technology has gotten better and less expensive, and my Surefire C2 is showing it’s age. I still keep my Surefire C2 Centurion in my truck or on my range bag for utility use, and not so much defensive use. So I decided to get an LED replacement and went with a popular option made by Malkoff Devices.

Malkoff Devices has a solid reputation on the Internet via word of mouth, so I went on their website and selected the M61LL bulb which is the “Lowest Output” option for their Surefire P60 replacements. The M61LL has a 100 front lumen rating with approximately ten (10) hours of full output runtime on the standard two (2) 123A batteries.

Malkoff has several output options (going as high as 325 front lumens at 1.5 hours of full output runtime), but I picked the lowest output because since I simply keep this light for utility, I wanted to maximize battery life / runtime and still have a good amount of output. 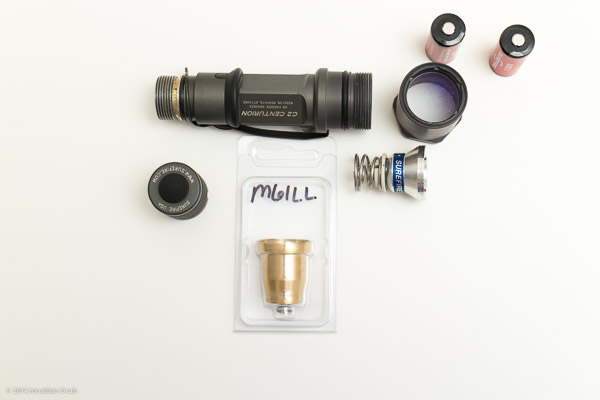 100 lumens on the LED is plenty powerful for utility use (and defensive use when in a pinch), and is a huge upgrade over the stock P60 incandescent with is rated at 65 lumens with only one (1) hour of full output runtime. 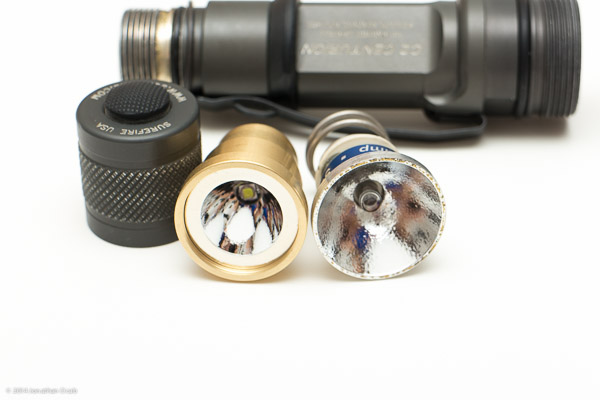 I didn’t weigh the two bulb+reflector assemblies, but the M61LL does have some more heft to it than the P60. The housing for the M61LL appears to be solid brass compared to the aluminum housing of the P60. 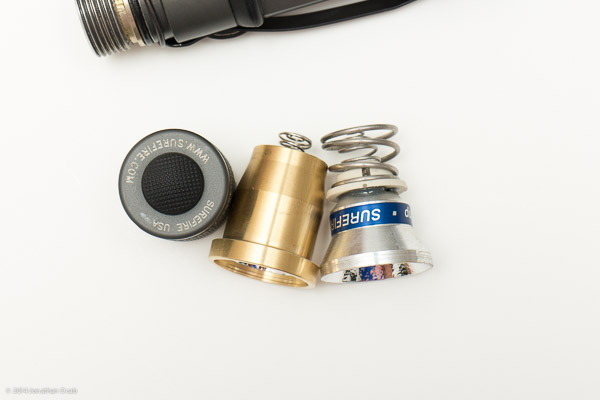 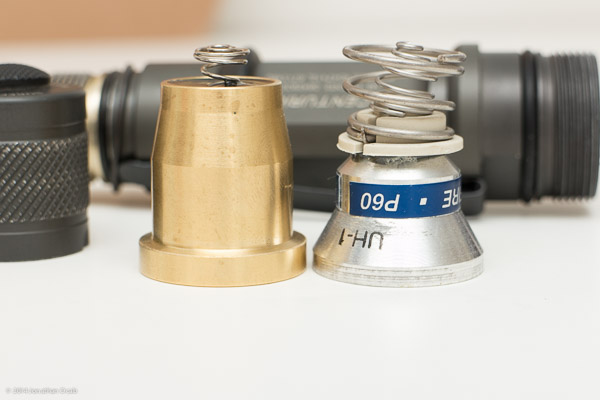 Comparing the two is like night and day. While the P60 claims to be a “white light”, incandescent technology can only go so far and it still has a warm hue, but the M61LL LED is definitely a white light, as expected with quality LED bulbs.

The following two photos are before (Surefire P60 assembly) and after (Malkoff Devices M61LL assembly) using the same exact exposure settings on the camera (1/80 sec, f/4, ISO 800 on a tripod): 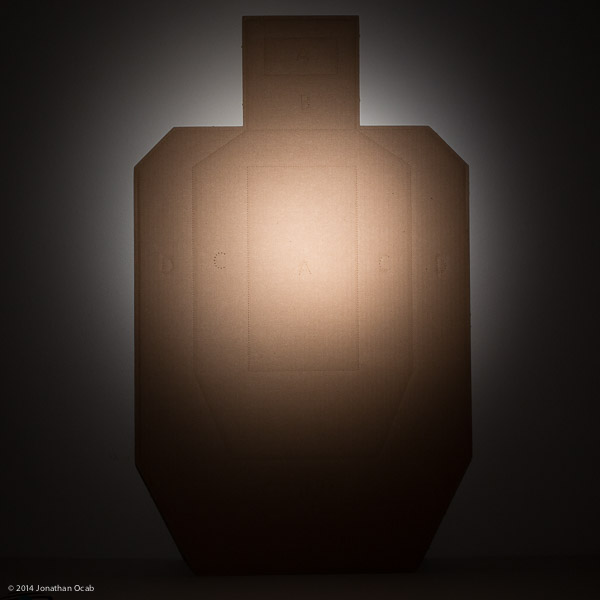 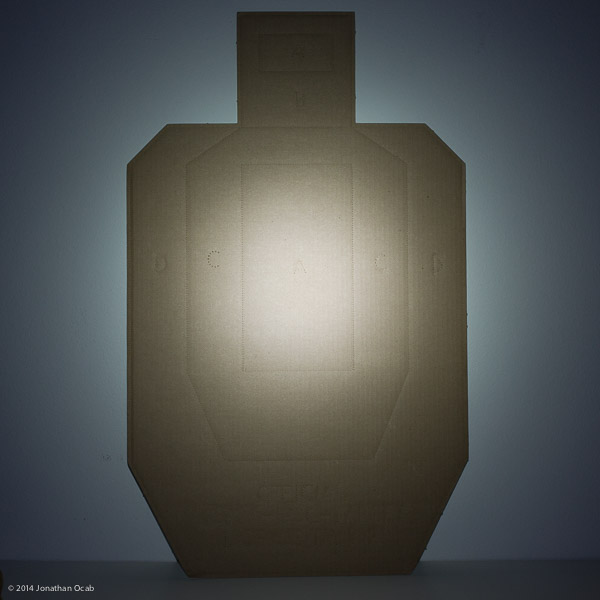 The spread and spill of the M61LL is significantly wider than the stock Surefire P60 assembly. At about five feet away from a white wall, there’s a good amount of spill for about a 6 to 7 foot radius. There is still an obvious tight, bright center spot as evident in the photo above, but the amount of spill is definitely wider than the original P60. I like this because for utility I want more field of view so-to-speak,.

If you have an older Surefire handheld with an incandescent bulb and reflector assembly, check out Malkoff Devices. They have drop-in replacements for the P60 which covers a wide range of the Surefire line (6P, 9P, 6Z, C2, C3, M2, G3, and G2, etc.) as well as the P90 assembly, and replacements for the assemblies in some of the E-series, scout lights, and SF-series.