I recently decided to acquire a plate carrier and a set of front and rear plates. There was no immediate need for the hard armor, but I just wanted to get a set for emergency use, firearms courses, and what not.

I had already acquired the Haley Strategic D3 Chest Rig (D3CR), and one of the most popular plate carriers to pair up with the D3CR is the Mayflower Assault Plate Carrier (APC), and that is the plate carrier I ended up purchasing (from U.S. Elite). 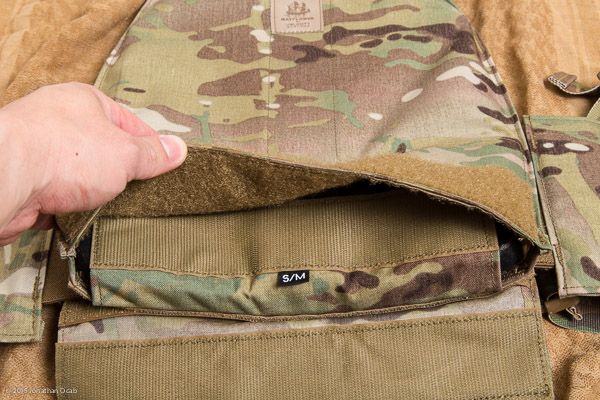 That being said, the 34″ to 44″ range of the small cummerbund is a bit liberal. I don’t see it accommodating 44″, so if you are going to run side plates, I suggest going with the medium cummerbund instead of the large if you have a 30″-something waist/torso. But since I’m not running side plates, the small works just fine for me. Note that even if you go with a cummerbund that’s on the big side for you, it’s adjustable, specifically in the rear which utilizes a ‘dual-lock’ style hook and loop (‘Velcro’), so you can overlap the cummerbund in the rear and it still locks securely via the hook and loop.

The interesting thing is that I ordered medium plates and they sent me large plates instead.

The Mayflower states on their website that the S/M APC will accept up to a medium SAPI plate, which is why I ordered the medium. When I received the large SAPI plates, I ended up trying to put them in and they actually fit exactly to the dimensions of the pockets of the S/M APC. I did some research via Google and owners of the Mayflower APC in S/M have also noted the ability to run large SAPI plates.

I contacted BulletProofMe and told them of the mistake (I ordered medium, they charged me for medium, but sent me large) and indicated that I would go ahead and just keep the plates, and they were fine with the arrangement (and not having to go through a return/exchange process).

The APC by itself weights in at 1.95 lbs. Each of the BulletProofMe Level IV ceramic standalone Large SAPI plates weights 8.15 lbs. The combined weight of the APC and the pair of plates is 18.25 lbs. These weights were obtained using a shipping scale at my UPS Store. I didn’t weight the APC and plates along with the D3CR (with or without loaded magazines). I figure whenever I get a chance, I’ll do this. I hazard a guess that I’ll tip the scales just over 21 lbs for the APC + plates + D3CR + magazines.

I thought about running Level III ICW (In Conjunction With) hard plates with Level III soft backers which would provide Level IV protection, with the idea I could run lighter hard plates, and add the soft liners whenever necessary. But after thinking about it, it seemed more complicated that it needed to be as far as deciding when to insert the soft liners and when not to. So I decided to just run Level IV standalone plates to have that level of protection at all times.

As mentioned earlier, the S/M Mayflower APC officially accepts up to a medium SAPI plate, but the L/XL Mayflower APC will accept the Large and X-Large SAPI plates. If you run a smaller plate in a S/M or L/XL APC, they’ll actually fit fine because there is a retention strap on the inside of each plate pouch which will lift the plate to the top of the carrier. 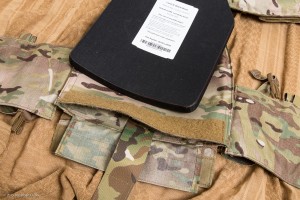 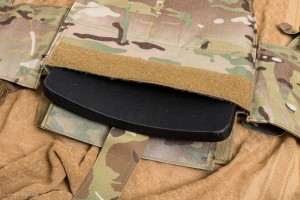 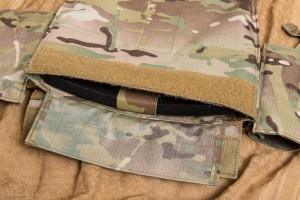 When I ran drills with the Mayflower APC at the range, I had to run my MagPul UBR stock fully collapsed. I normally run it 3 clicks out, and I run the stock well over my pectoral. Doing this with the APC on means I’m putting the stock onto the actual plate, thus ‘decreasing’ my length of pull (LOP) significantly. 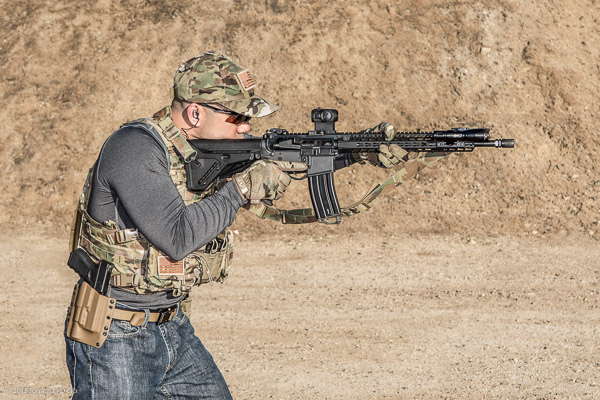 That being said, having never worn body armor before, shooting is a lot different. I’ll probably have to take the time to practice with the Mayflower APC on just so I can get an understanding on how to manipulate the carbine and pistol while having the extra twenty or so pounds of weight and bulk on the body.

The Mayflower APC does have a kangaroo pouch for inserting magazines into the belly of the rig, as well as a smaller admin pouch at the top. Personally, I don’t see myself using the pouches much, especially the large kangaroo pouch, since I specifically paired the APC with the Haley Strategic D3CR. 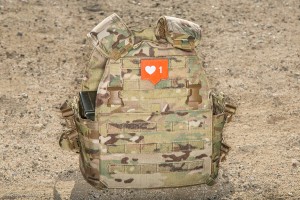 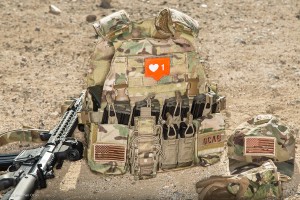 I just wanted the flexibility of going from high profile to low profile (low profile meaning under a jacket/coat or sweatshirt), or vice versa, by being able to quickly detach/attach the magazine pouches. The D3CR is secured to the APC via the Mayflower / Velocity Systems Swift Clip system. two clips at the top with hook and loop on the back of the D3CR to mate with the hook and loop on the front of the APC. You can technically run the D3CR on the APC without the side clips, But I added them on just for added security / stability.

There’s not much else to say regarding the Mayflower APC that hasn’t been said in other reviews. This plate carrier has been around for a few years now. It appears the quality is excellent. The material and stitching looks top notch. It is surprisingly comfortable to wear. I didn’t know what to expect from a hard armor plate carrier as far as fit and mobility is concerned, but in my particular configuration, I can definitely say that I’m not struggling with it at all. Of course, I might change my tune if I had to wear it for an extended period of time. 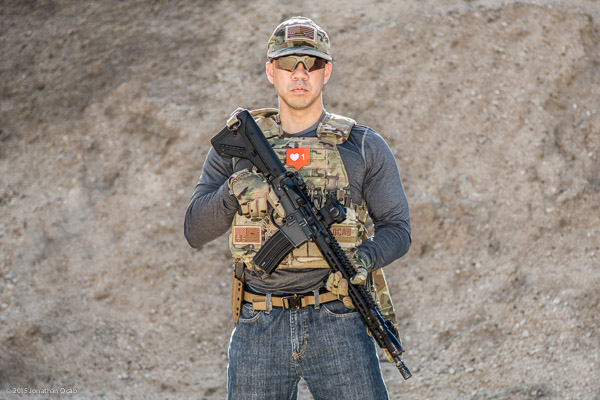 I’ll admit that I didn’t actually try the Mayflower APC in person, or any other plate carriers for that matter. I bought the APC sight unseen, and solely based on the positive word of mouth. That being said, I can reiterate the quality of the Mayflower Assault Plate Carrier.

For those interested in a video breakdown of my Mayflower Assault Plate Carrier setup, I have a video hosted on YouTube: