After I recently acquired a Nintendo Switch hybrid gaming console, I was looking into some cases and stumbled across the Pelican 1170 NINS at The Pelican Store. 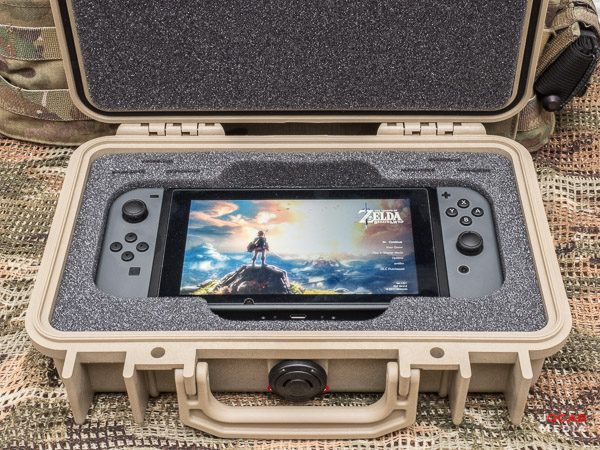 The Pelican Store sells the Pelican 1170 Protector Case, which is usually marketed towards transporting pistols, but with custom pre-cut foam to accommodate the Nintendo Switch, and dubbed it the 1170 NINS case. The Pelican Store is not the actual Pelican Products, Inc. company, but rather an authorized dealer. 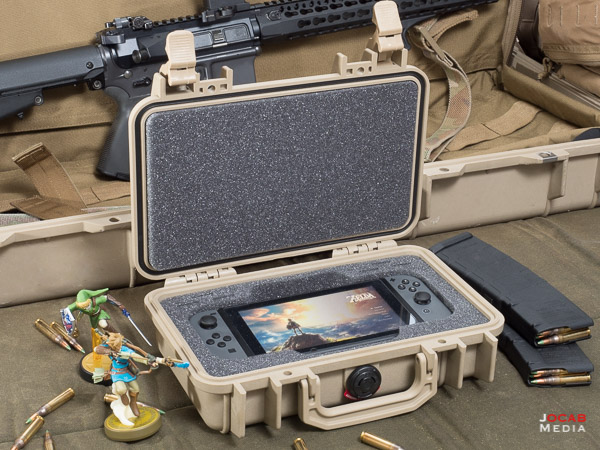 There really is not much to say about Pelican cases in general, other than that they are universally known as the defacto standard for rugged weather-sealed transportation cases. 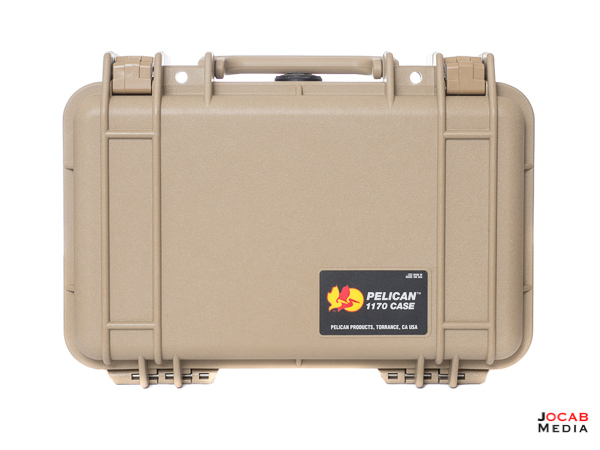 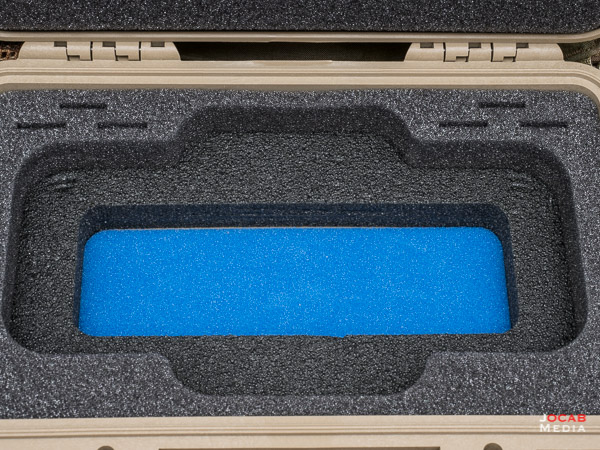 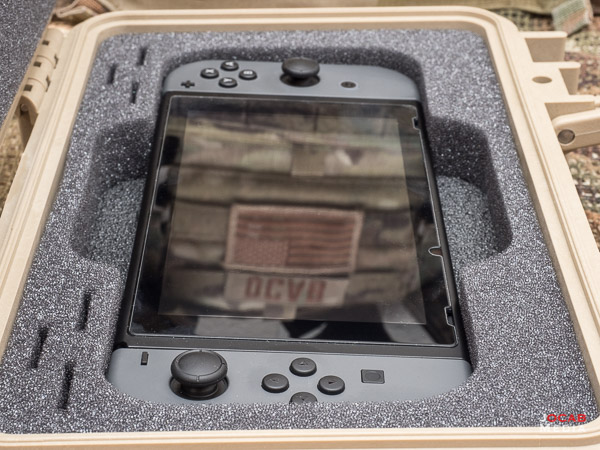 But the 3.16″ / 8 cm interior height is not ideally utilized. While The Pelican Store cut out a cavity underneath where the Switch would sit in order to allow for cables to be stored, this is not enough to hold Nintendo Switch OEM power adapter. It is common knowledge that USB chargers (with the appropriate output) are also capable of powering the Nintendo Switch, but even these are still thicker than the space underneath the Switch in the 1170 NINS. 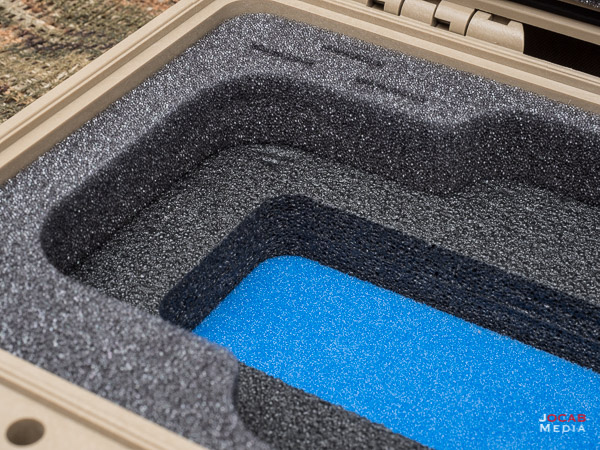 It seems like The Pelican Store could have increased the thickness of the bottom foam in order to create deeper/taller space in which to store a USB/USB-C charger, especially since the lid foam is not overly thick, and the overall thickness/height of the main foam does not match the interior of the 1170 case. 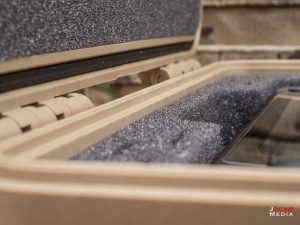 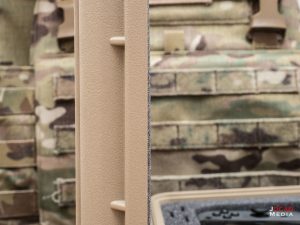 Another complaint is that 1170 NINS custom foam for the top lid has a tendency to fall out. The Pelican Store should have made the length and width a few millimeters more on both dimensions to keep the lid foam from wanting to fall out. 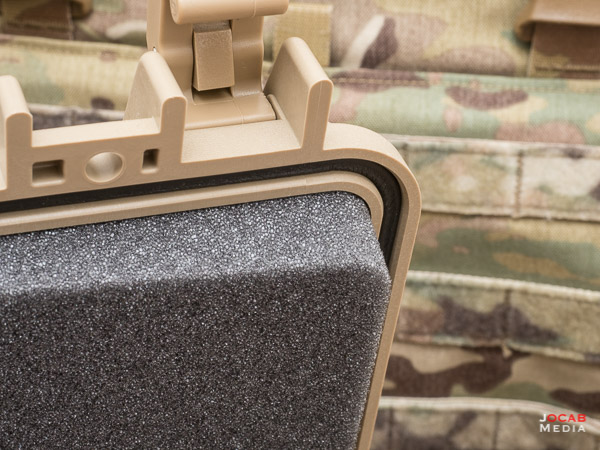 This will have to be resolved with some double-sided tape.

Also, the choice of open cell foam for the 1170 NINS is quite annoying. They should have used closed cell foam. Moisture getting into the case is always going to be a problem, and with a weather-sealed case, people who use Pelican cases are not aware of the dangers of closing the container with gear inside and any moisture. Closed cell foam allows the user to wipe any liquids that may spill or spray on to the foam, while open cell foam will ‘trap’ liquids and can often be missed by the user.

These nuances aside, the Pelican 1170 NINS is a very safe way to transport a Nintendo Switch, but is a bit of overkill for most. Even I rarely use a Pelican case for transporting firearms to and from the range.

Of course, the price of the 1170 NINS is the detractor here. A Pelican 1170 case is actually fairly inexpensive. You can get the Pelican 1170 with the factory Pick N Pluck foam for about $45, give or take a few dollars depending on the color and retailer. The 1170 NINS is exclusive to The Pelican Store and sells for $70, which is a difference of $25 from the factory 1170. The Pelican Store does sell the 1170 NINS foam inserts without the actual case, but sells the foam set for $34. So unless you already have a Pelican 1170 you want to repurpose, you may as well just get the full 1170 NINS.

So the out the door cost of the Pelican 1170 NINS case as sold by The Pelican Store is about $87. I assume this will the same for most of the United States since they ship from Wisconsin (zip code 53207) and I am in Southern California.

Unless you absolutely need a weather-sealed hard case that can take a beating and protect your Nintendo Switch during transport, you are better off getting the more commonly sold Nintendo Switch Game Traveler Deluxe Travel Case by RDS Industries. This is an officially licensed Nintendo accessory and can be found at many big box retailers for $20. 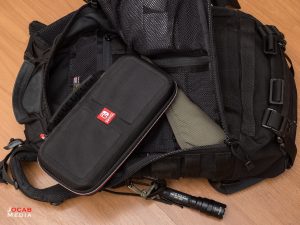 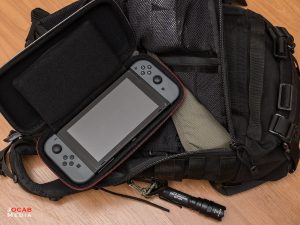 The Game Traveler Deluxe case is streamlined for an nearly exact fit for the Nintendo Switch, with just enough extra thickness for some game cartridge containers (included), and has a hardened shell to maintain form and protect the Nintendo Switch from some minor impacts. It is the perfect case to hold a Nintendo Switch if you throw it into another bag or backpack.

Even if you decide you need (or want) a Pelican Case to transport your Nintendo Switch for the coolness factor, I would recommend getting the factory OEM Pelican 1170 Protector case with the Pick N Pluck foam. You can easily find it for under $50 shipped and it is not difficult to create the cavity needed to hold the Nintendo Switch.