I have been shooting the AR platform for over 20 years and I only recently decided to try out a coated bolt carrier group (BCG). There was a one-day coupon at Brownells and I was thinking of random things to get and ended up ordering the Spike’s Tactical Nickel Boron BCG. 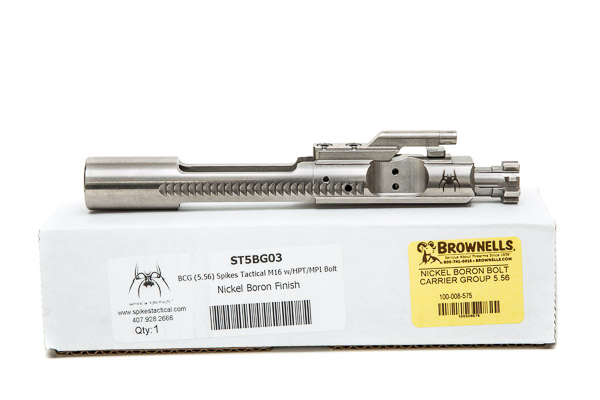 Traditional AR BCGs use a (manganese) phosphate finish coating, also referred to as parkerized. This finish is actually quite resilient and is a good coating for steel to prevent corrosion and to provide lubricity. This is why it has been used on military service rifles (M1 Garand) and has been used on many production guns (e.g. Remington 870 and 700 police models).

But some manufacturers experimented with alternative coatings to promote the concept of having a BCG with a coating that is harder and has more lubricity than traditional phosphate for better function and easier cleaning / maintenance.

The debate has always been, do BCGs with alternative coatings provide more reliable function, do these BCGs make for easier cleaning, and is the increased cost over a traditional phosphate BCG justified? 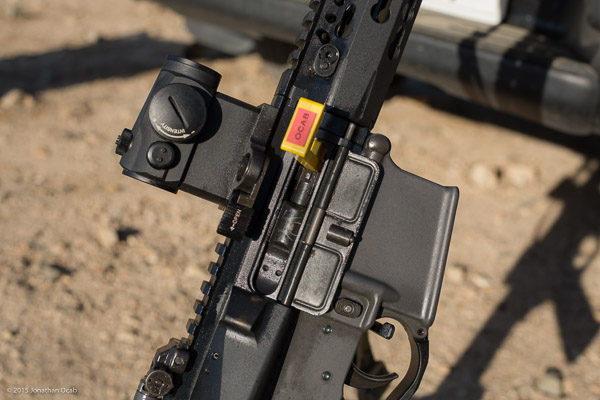 Thus, I ended up sticking with Spike’s Tactical in my dabbling with a non-phosphate BCG, which is nickel boron, as indicated earlier. 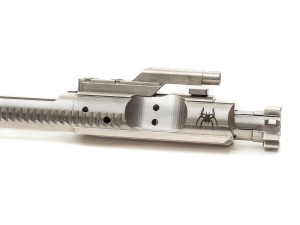 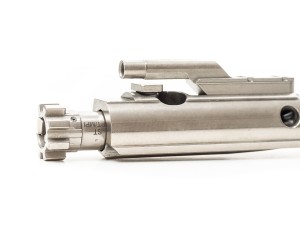 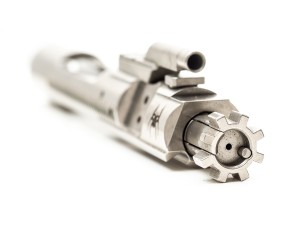 The entire BCG as shipped is nickel boron except for the cotter pin (the pin that retains the firing pin in the carrier). If the inside of the bolt carrier is not NiB coated, then I assume it is chromed. 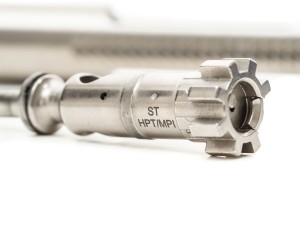 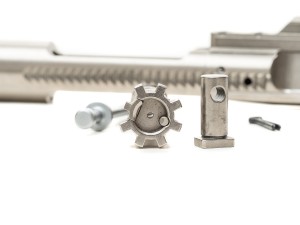 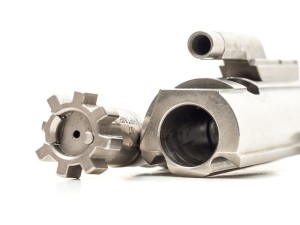 IMPORTANT: Always check headspace whenever pairing up a bolt and barrel that have not been used together before. Headspace gauges are very inexpensive, and can typically be had for $20-$25 per gauge. 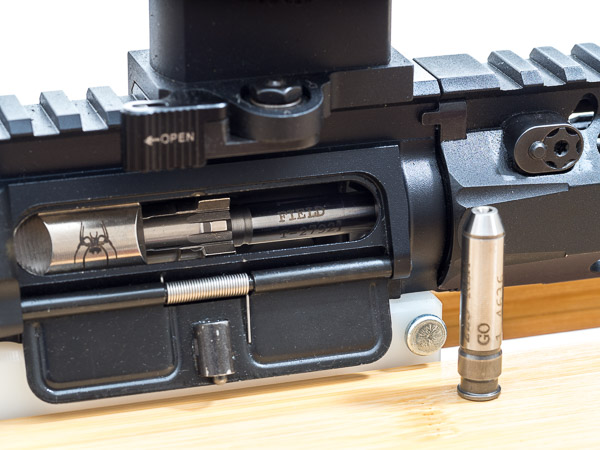 After 300 rounds at the range, the new NiB BCG functioned perfectly fine and the rifle didn’t function any different than with the previous phosphate BCG. 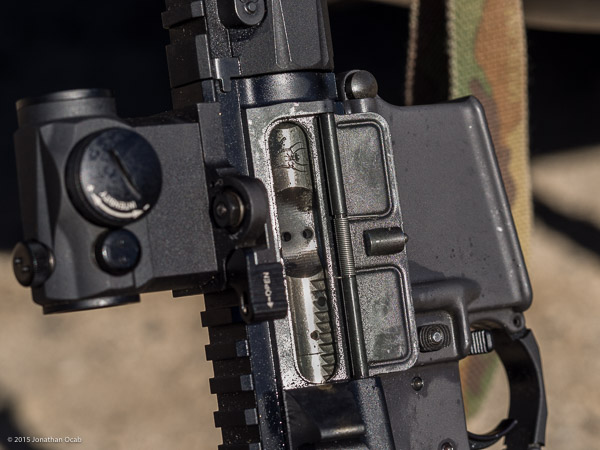 As far as cleaning is concerned, cleaning the NiB BCG is easier than cleaning phosphate, but not by much. 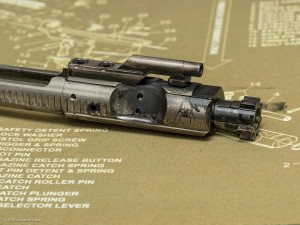 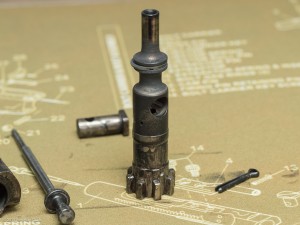 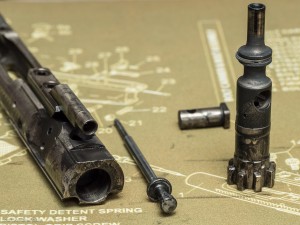 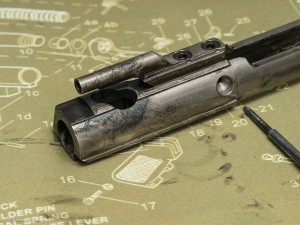 After wiping down the NiB BCG with a disposable shop towel (with no liquid cleaner), most of the grime wipes off easily, but the areas where hardened carbon fouling builds up, specifically the bolt tail, still requires scraping. 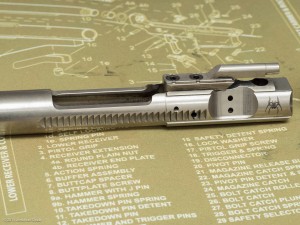 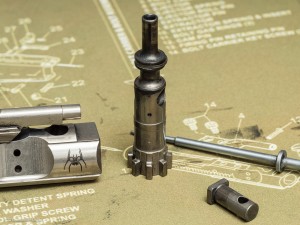 So even with a NiB coated BCG, you still need to use some abrasive cleaning (e.g. nylon brushes and MPro-7) and a scraping tool to get some of the hardened carbon build up off the BCG parts. 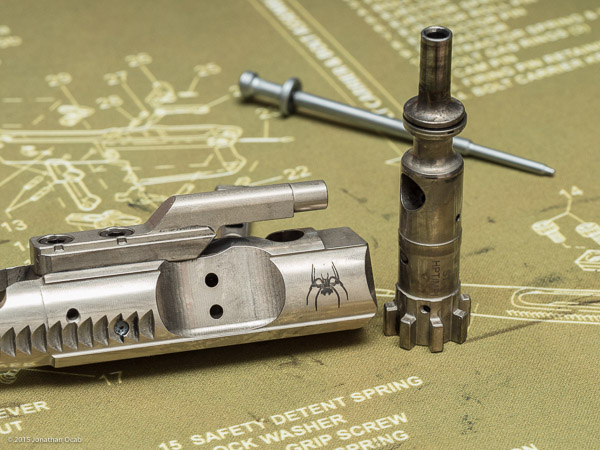 With these observations, would I recommend a nickel boron coated bolt carrier group over a regular phosphate BCG? Not really.

A NiB or other alternative coated BCG is probably the last thing to think about when putting together your AR. Getting a high quality BCG is obviously a priority, but there are plenty of reliable phosphate BCGs out there that will serve you well. Spend your money on a better trigger (e.g. Geissele) or on quality optics / sights before going with a NiB, TiN, or other specialty coated BCG.

But even if you have the extra cash to spend on a coated BCG, don’t expect it to provide you any huge differences over a standard mil-spec phosphate BCG. Cleaning won’t be all that much easier and you’ll still need to lube the BCG for proper function.

So in summary, you can forgo a nickel boron, titanium nitride, or other alternative coating bolt carrier group and you will not be missing out on much at all.