I have been using a Voodoo Tactical 42″ rifle soft case for the past couple years to transport my AR, whether the 16″ Midlength or 18″ SPR. I’ve found that the case is a bit too long for when transporting the 16″ and even when carrying the 18″, the loaded magazines and other gear in the side pouches adds too much weight making it feel like the rifle is bearing load since it is providing the rigidity to the soft case. 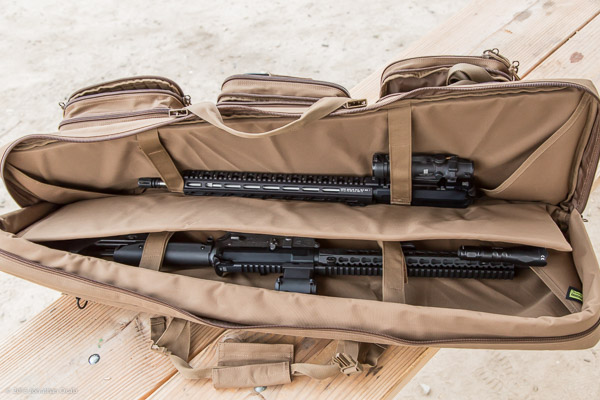 The INCOG Rifle Bag is too short for my 16″ Midlength and the LBX MAP is way too expensive as far as a soft case goes, in my opinion. I was close to pulling the trigger on the Larue Discreet case, which intrigued me due to the slim design, as well as the fact that it’s sized to fit a Pelican Storm IM3100 hard case.

Living in California, State law regulates “Registered Assault Weapons” (specific term for California) which my AR’s fall under. One particular requirement is that a RAW must be in a locked container when transported (e.g. vehicle to the range). Often times, I will transport my AR in the cabin of my truck, while in a locked soft case, which by definition is legal. But I have been more inclined to keep the rifle in the bed of the truck (I also have a locking bed cover), and want a hard case to keep the rifle in so my other gear (steel targets, steel target stands, etc) do not bang on the rifle in a soft case.

I’ve always voiced the same qualms about hard cases for long guns. One is that they are often too heavy for basic transportation. For general range trips, I usually go with a soft case. Then there’s the issue of foam. Pelican cases and their competitors include foam which most owners cut to fit their specific firearms. This makes for a nice, attractive case, but if the owner were to ever modify the gun which changes it’s shape or furthermore wants to transport a different gun in the case, the foam is sort of useless (new foam needs to be purchased and recut).

But since I’ve been driving my truck (sold my SUV a few years back), my hard case necessity has slightly changed, so I’m more inclined to sacrifice weight for the ability to keep the rifle in the truck bed with peace of mind. As far as foam cutting is concerned, my opinion on hard cases is to remove all the foam and just keep the rifle in a soft case, and put that into the hard case.

While I was close to purchasing the Larue Discreet case, I looked into the BLACKHAWK! Homeland Security Discreet Case. The price was fair (~$100 street price) and the internal and external dimensions looked to be what I wanted (to accommodate my 16″ Midlength and to fit in a Pelican 1700 hard case).

So I decided to order the 35″ version. 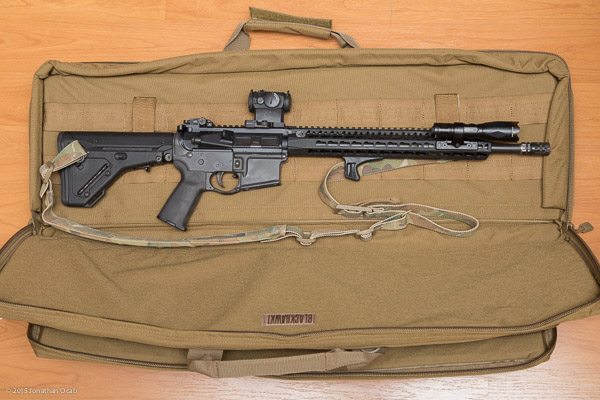 When I received the BLACKHAWK! Homeland Security Discreet Case, I found that it fit my 16″ Midlength AR perfectly (33″ overall length with MagPul UBR stock fully collapsed), and went ahead and ordered the Pelican 1700 to pair with it. 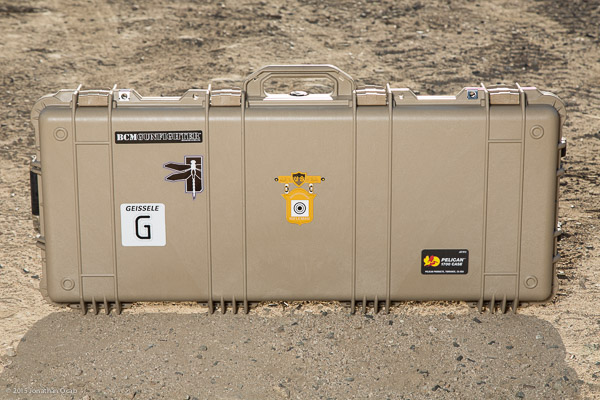 The fit of the BLACKHAWK! case in the Pelican 1700 is pretty much spot on as far as length and height. 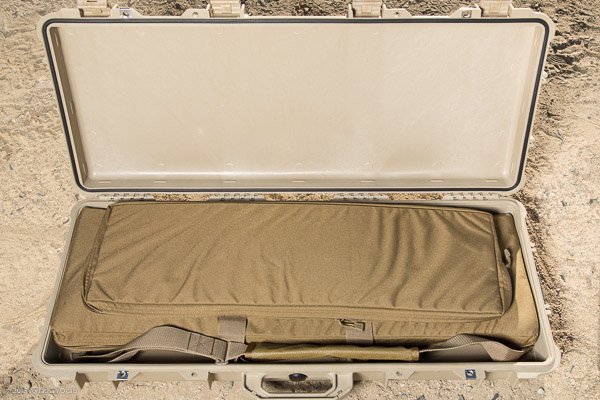 The thickness has some room, but I was hoping it would have a little more that what is available. The accessory compartment is lined with loop which allows for hook attachment pouches and accessories. The BLACKHAWK! case actually comes with a hook lined triple magazine pouch, and with magazines in the accessory compartment, it is a comfortable fit in the Pelican 1700. 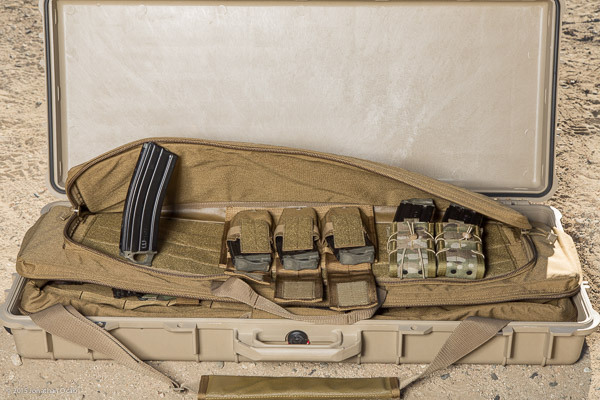 What I would have liked to do is put my Haley Strategic D3 Chest Rig panel (back side is hook lined) in the accessory compartment. But with magazines inserted, it makes the BLACKHAWK! bag just a little too thick to fit in the Pelican. I can close the Pelican, but it feels like it’s squishing the D3CR against the rifle (and possibly squishing magazines).

But now I also have a medical kit in one of the D3CR general purpose pouches, which pretty much increases the thickness beyond what will fit in the soft case and Pelican.

So right now, this is my transport setup for my AR at this point in time. 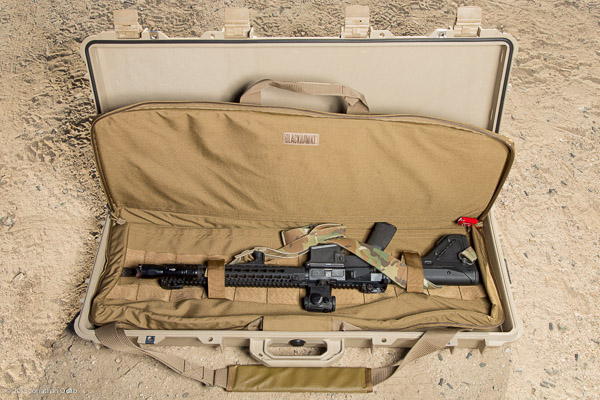 To all rifle case manufacturers (or manufacturer looking to create a new case), I would like a soft case with the following requirements: