For those who are unaware, Paul C. Buff, Inc. halted sales of the PocketWizard PowerMC2 in late December 2013 due to shock hazard(s) with the PowerMC2 when in use on the Einstein 640 strobe unit.

They had sent out an email to those who they had sold the PW PowerMC2:

If the unit’s antenna cover is broken, removed, or in any way damaged, DISCONTINUE USE IMMEDIATELY and contact PocketWizard®. In rare circumstances, the uncovered antenna can become electrified, posing a very serious shock hazard.

As the PowerMC2 is a product created by PocketWizard® / LPA Design, they are working to correct the issue. Upon discovery of this issue, however, we have ceased sales of all PowerMC2 products until the problem can be resolved to our satisfaction. We greatly apologize for this inconvenience.

Coincidentally enough, I had issues with both of my PowerMC2 units and the antenna covers. When I took them out of my bag, I would often find that the antenna cover had twisted off, exposing the copper coil. Luckily for me, I was savvy enough to put the antenna cover back on before use, and was just fortunate to never come into a situation where I could touch the exposed antenna while it was docked in the Einstein.

Then in May 2014, PocketWizard finally released a recall notice.

South Burlington, VT – May 14, 2014 – We have identified a potentially hazardous issue with the PocketWizard® PowerMC2 receiver when used in combination with the Paul C. Buff Einstein™ E640 flash units, especially the CE/433 MHz version sold in Europe. You may have received a previous message from Paul C. Buff, Inc. regarding this issue.

Customers in the United States may continue to safely use the Einstein flash and PowerMC2 with the power cord supplied by Paul C. Buff and a properly wired USA-style three-pronged power outlet (NEMA 5) or with the Vagabond battery pack. If a properly wired NEMA 5 power outlet is unavailable in your location, ALWAYS UNPLUG THE FLASH PRIOR TO HANDLING THE POWERMC2.

1-877-393-004 The issue has been corrected for all PowerMC2 units sold by PocketWizard’s authorized distributor in the USA after February 15, 2014. Customers owning affected units are advised to immediately contact PocketWizard Technical Support toll free 1-877-393-00451-877-393-0045 or via our inquiry page to arrange for the return of affected units for free servicing to reduce the risk of electrical shock. We urge you to contact us regardless of the condition of your PowerMC2. We greatly apologize for this inconvenience.

I contacted them regarding the units and they reiterated the recall notice, but said if I wanted to, I could send the PowerMC units to them to get the antennas looked at and to get ‘additional safety features’ installed. So I sent my two PowerMC2 units to PocketWizard about a week and a half ago and received them back. 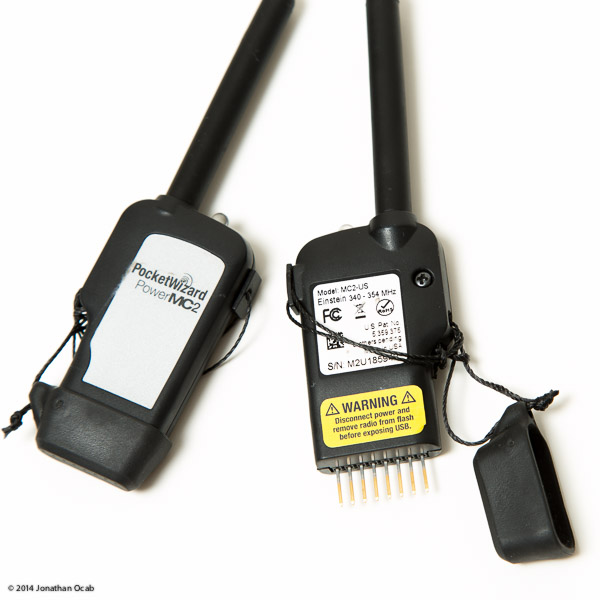 Visually, I can’t really tell much of what was done. They added a warning sticker on the back regarding disconnecting power before handling the PowerMC2. They also added an additional removable rubber cover for the USB port on the PowerMC2. 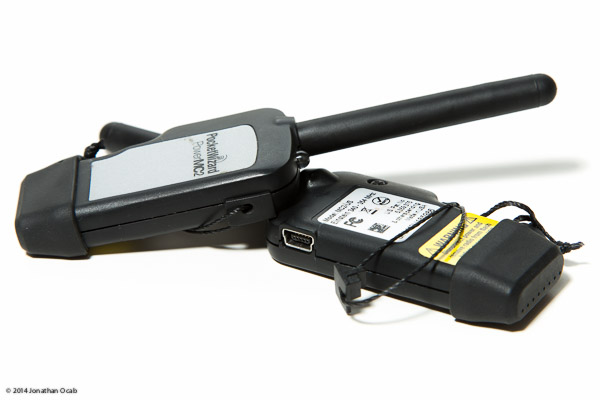 As far as the antenna, I gave it a good bend near the base of the antenna cover and it looks like they might have put a new cover on with a wider base so it doesn’t pop off the case as easily.

Anyway, if you own a PocketWizard PowerMC2, visit the PocketWizard notice page at: http://www.pocketwizard.com/news_events/news/mc2_safetynotice/. This page has images of unit labels which help identify affected units as well as serial number information. 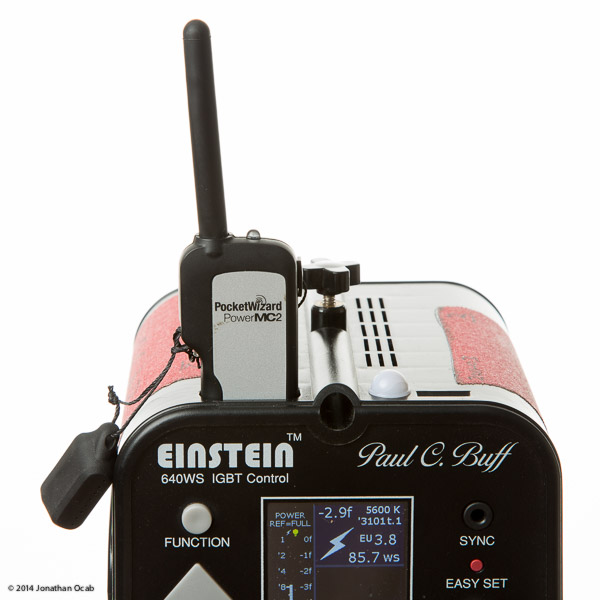