It has been about six weeks since I posted a very significant update to the Savage 10FP Precision Rifle Project Series, which consisted of the acquisition and install of the Vortex Optics Razor HD AMG 6-24x50mm EBR-7 MRAD, as well as load development with Lapua 6.5 Creedmoor brass. 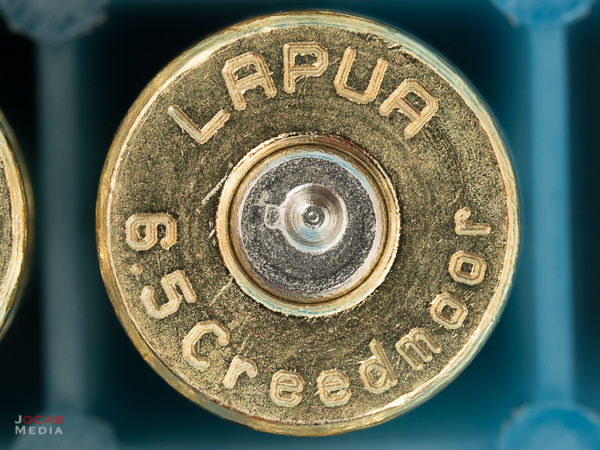 At the time I settled on a nice ~1/2 MOA load consisting of:

This load is pushing around 2750fps in my 24″ 1:8″ Shilen barrel and was performing relative consistently.

But I also bought a couple boxes of the Berger Bullets 6.5mm 130gr AR Hybrid OTM Tactical. This was initially designed to be more tolerant of a jump to the lands, and thus be more suited to magazine length (~2.800″) cartridge overall length loads.

I ended up doing a quick work up trying out the Berger 130gr AR Hybrid:

Note: The 6.5mm Creedmoor was originally designed to accommodate a 2.800″ COL (same as .308 Winchester) for magazine length compliance. SAAMI defines a minimum and maximum COL of 2.700″ and 2.825″ for 6.5mm Creedmoor respectively. Most AICS compatible magazines can accommodate at least 2.850″ COL. Checking the distance to lands with the Berger 130gr AR Hybrid in this gun, the cartridge base to ogive measured 2.242″. Measuring the base to ogive length of the loaded cartridges with the ~2.830″ COL showed 2.227″. So with the current round count of this barrel (390 rounds exactly), I am jumping the Berger 130gr AR Hybrid around .015″ or fifteen-thousandths of an inch. 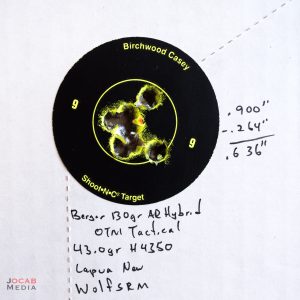 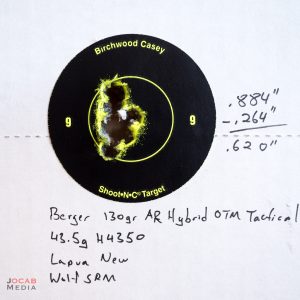 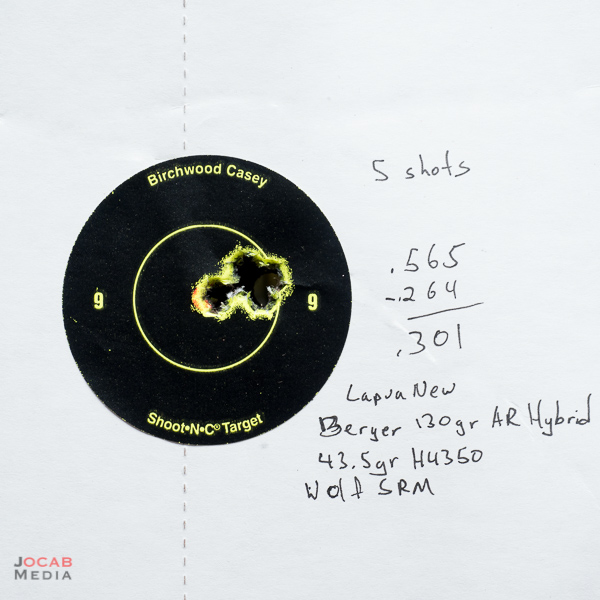 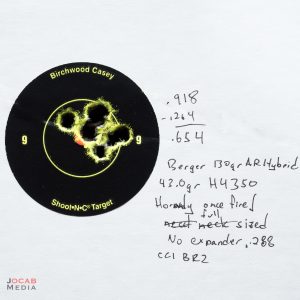 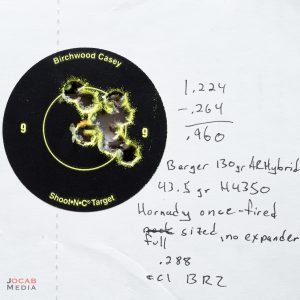 I did acquire a Redding carbide neck bushing in .290″ diameter, so I have switched out to that for future resizings. I will try messing around with Hornady brass and the Berger 130gr, again. I think I can get this brass to shoot well in this gun.

That being said, I have decided to utilize the Berger Bullets 6.5mm 130gr AR Hybrid OTM Tactical as my primary bullet for this particular Savage rifle. The Berger 140gr Hybrid Target does have a better G7 ballistic coefficient of .311, as opposed to the G7 BC of .287 for the Berger 130gr AR Hybrid OTM Tactical. But the key is that I can push the 130gr more than 150fps faster than the 140gr. This combined with the respectable .287 G7 BC makes for a flatter drop.

The above example shows a drop table comparison for the Berger 130gr AR Hybrid at 2900fps and the Berger 140gr Hybrid Target at 2750fps, at 0ft elevation / density altitude.

As you can see, the Berger 130gr AR Hybrid moving at 150fps faster than the Berger 140gr Hybrid Target will have less drop. While at known distance this is not much of a concern, it is helpful when you are shooting at unknown distances (on hit or miss targets). If your range estimation is off by +/- 25 yards, a flatter trajectory may save you by still getting a hit on target.

Granted, there is more wind drift with a lighter bullet at a certain point in the trajectory.

The above is a wind drift table for the same bullets with the same data inputs as with the drop table (Berger 130gr AR Hybrid at 2900fps and the Berger 140gr Hybrid Target at 2750fps, at 0ft elevation / density altitude), but accounts for a 10mph full value wind.

But in the end, I am willing to accept this wind drift difference and take the lighter, slightly lower G7 BC of the Berger 6.5mm 130gr AR Hybrid OTM Tactical as my primary bullet for this gun, simply because the muzzle velocity that can be achieved with the lighter bullet lets me get a slightly flatter trajectory (albeit with the small sacrifice of wind drift at the 700 yard mark and beyond). 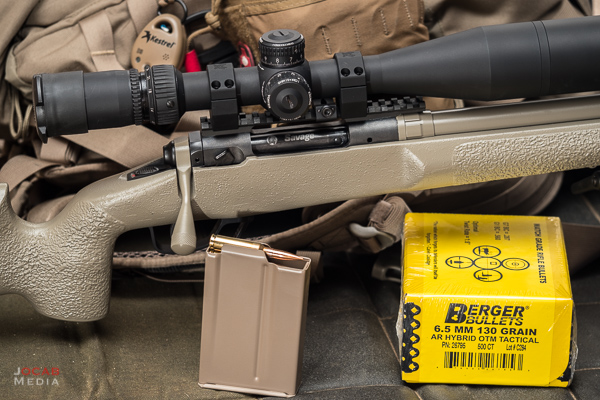 That is pretty much the end of this rifle ‘project’ as it were. I do not intend to make any further changes to the gun in terms of parts. I plan on shooting this gun as is and when it starts to open up, we’ll see if I stick to 6.5mm Creedmoor for this rifle, or try something in a 6mm variant. 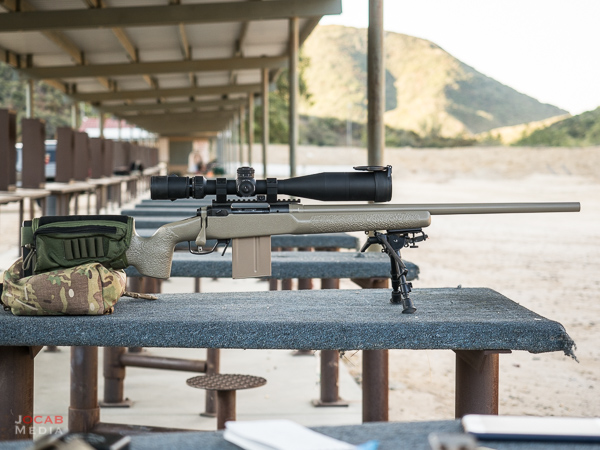 Build specification for my circa-2003 Savage 10FP: