Decided to head over to the West End Gun Club shooting facility yesterday afternoon. Dug my Shooting Chrony Alpha Master chronograph out of the cabinet to verify the loads that I’ve been running in the Glock 17.

I have been using a load of 4.4gr Hodgdon Titegroup behind a Berry’s Manufacturing 124gr 9mm RN which is considered the maximum load by Hodgdon’s load database, but never really cared to verify the muzzle velocities.

I can afford to take it down a notch, though, and I did try out 4.0gr Titegroup with the same 124gr 9mm Berry’s RN bullet: 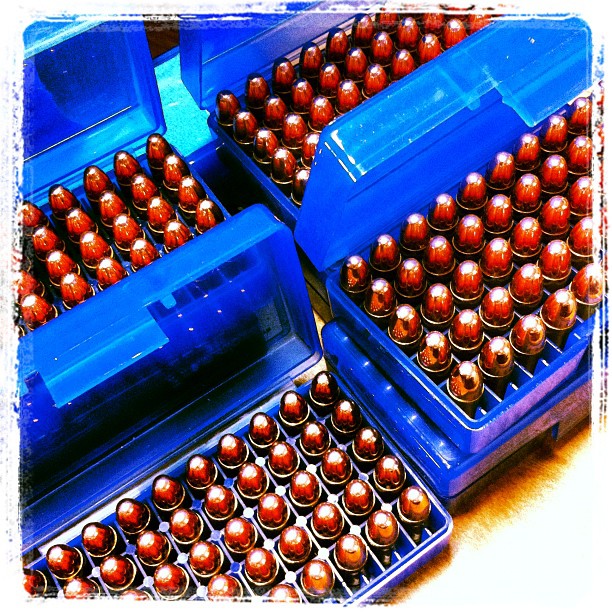 Note: The Shooting Chrony line of chronographs are solid. I’ve been using them ever since I started reloading in the early 2000’s and they work. They’re inexpensive, too (as low as $75 depending on the model and retailer). I suggest getting one of the ‘Master’ models which has the LCD display on a separate unit that you can have at your shooting position as opposed to on the unit itself. Makes it easier for you to read the display having it right next to you as opposed to trying to look 10 feet away with all that daylight glare against the LCD.