Several days ago I posted a video on Youtube demonstrating brass ejection from a Remington 700 with a factory bolt and a modified bolt with a Sako-style extractor. I sent the video URL to accurateshooter.com and it was posted last Thursday on the Accurate Shooter Bulletin.

I figure I should provide some information on it on my own blog to give more background on this specific modification and why I had it done on the bolt.

The rifle in the video is my Eliseo R5 match rifle which was put together in February 2009. 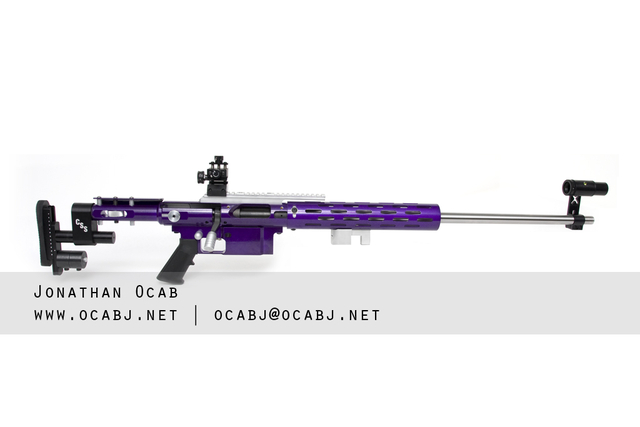 For those unfamiliar with this specific gun, it was built using an action obtained when I purchased a brand new Remington 700 ADL Youth Model in .243 Winchester.

When I visited Gary Eliseo at his shop in Anaheim to pay for an R5 kit, we got to talking about the rifle and the subject of a Sako-style extractor was brought up. Gary told me that while the 6mmBR case would extract and eject from a Remington 700 with a factory bolt, it would require fast and deliberate operation of the bolt to ensure that the casing would kick out of the action. Otherwise the 6mmBR case would hang up in the action and the factory ejector and extractor would not generate enough tension and torque to kick out the casing.

The ‘torque’ issue is because of the length of a 6mmBR case. It is very short compared to arguably the smallest cartridge case used in factory Remington 700 actions, the .223 Remington.

If you watch a fired/empty case being un-chambered as the bolt is pulled back, the ejector is pushing the head of the case such that neck is rubbing against right side (when looking from behind the gun) of the action as the bolt is operated. As the ejector pushes the case, once it clears the action and makes it to the ejection port, the case is ejected. This is how an ejector works.

Since the 6mmBR case is short, the ejector can’t generate the same amount of torque like it would with a .223 case (much less a .308 Winchester case) to get it out of the action. Hence the ‘weak’ ejection with a factory ejector.

So when I brought my action to Doan Trevor (back when he was still in Southern California) for a rebarrel, I also asked him to install a Sako-style extractor. If I remember correctly, he quoted me somewhere at under $100 for this specific modification which included the parts and labor.

The following photo is a side-by-side comparison of the modified bolt (work done by Doan Trevor) and an unmodified Remington 700 bolt: 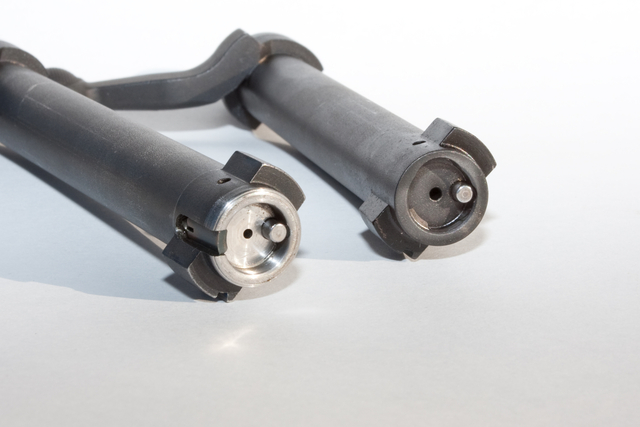 Notice how the factory extractor is milled away and a new extractor is installed at a different location on the bolt head for a different extraction/ejection angle. The extractor is also under spring tension which gives more force upon casing ejection.

The following is the aforementioned video comparing the factory unmodified bolt and the Sako-style extractor modified bolt.

For anyone that plans on shooting the 6mmBR (or another cartridge which a short casing) in a Remington 700 action, I feel it is a prudent modification to have done on the bolt. Having reliable ejection is important in competitive events where there are timed rapid fire stages like in NRA High Power Rifle matches.

This post is closed out with an old video showing my Eliseo R5 in action and a good demonstration of the Sako-style extractor. Watch that brass fly.