I captured the following portrait of April Cheryse ( Model Mayhem profile | Facebook Fan page ) on 2011-02-18 at a studio in Costa Mesa, and wanted to do a short breakdown of the shot.

The set was staged with three Alien Bees lights, one B1600 and two B800s on red/black muslin background.

The key light (B1600) had a beauty dish (white) with a white diffusion sock and was placed high above the model and offset using an Avenger A2030D c-stand with boom arm.

The other two lights (B800s) each had 10×36″ strip boxes in a vertical orientation and were placed opposite of each other as side lights. 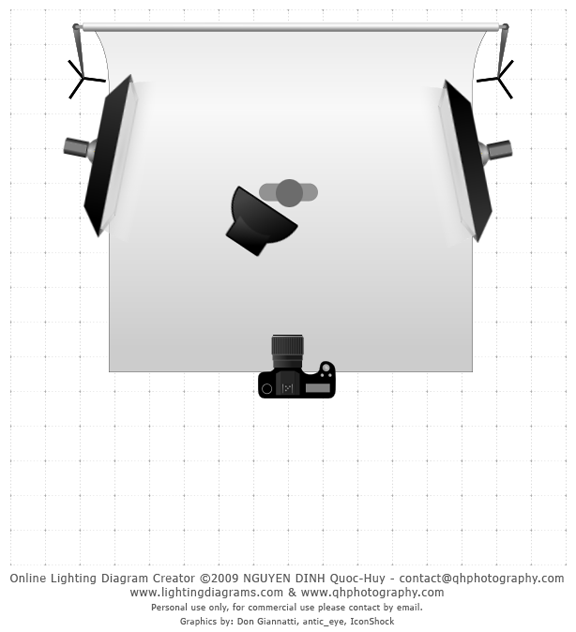 I don’t recall the power settings on the Alien Bees lights, but they were set for a resulting camera exposure setting of 1/125sec, f/5.6, and ISO 100. Camera used was a Canon 5D Mark II. Lens used was a Canon EF 70-200 f/2.8L IS II at 95mm focal length. I took the shot standing 2.2 meters away from the model. Very minimal cropping in post (to change angle of the model in the frame). 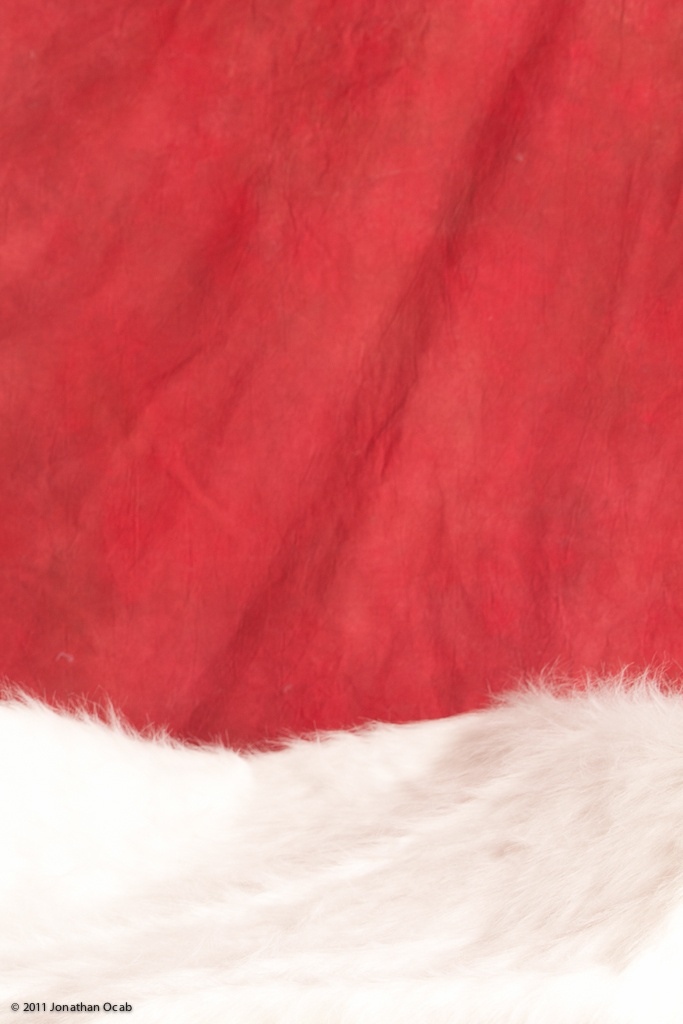 As you can see, it’s a very bland red background; almost washed out and faded. But with the three light setup employed (diagram above), very little light was thrown onto the muslin. This gave the muslin a deeper and darker red hue and made it more appealing.

So if you have an unattractive muslin background that’s faded and wrinkled, don’t fret. Try minimizing the amount of light you throw on the background and photograph your subject a good distance away from the background itself. You will be able to take advantage of your background colors and make an appealing portrait.