After some modifications to my Glock 17, I had to acquire a new holster for it and picked up a Blade-Tech OWB Sting Ray Belt holster. Blade-Tech, also known as Blade-Tech Industries, is a well known holster manufacturer whose holsters are popular for all types of applications including military, LEO duty, competition, and range use.

Blade-Tech holsters are either custom injection molded or Kydex, maintaining ruggedness and durability, while haveing excellent fit and form for the given firearm.

The reason why I had to acquire a new holster for my Glock 17 is due to the suppressor sights on the TSD Combat Systems slide that I am now using in order to employ a Trijicon RMR sight.

For more information on the Trijicon RMR, read my review at https://www.ocabj.net/glock-17-with-one-source-tactical-slide-and-trijicon-rmr-review/. 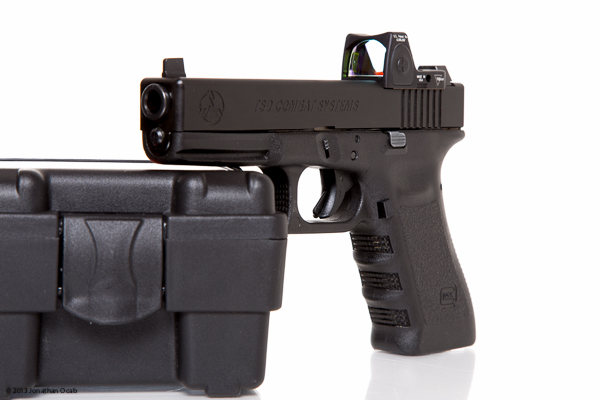 I was already using a Blackhawk SERPA holster for my (mostly) stock Glock 17 ever since I bought the gun. But after installing the new slide with suppressor sights (much taller than standard sights), the front sight post was hitting the inside of the holster and could not clear the channel to be inserted into the holster.

So I went to the local gun store shopping for holsters that the current configuration would fit in. I actually was thinking of Blade-Tech since I had already owned one before (for a Springfield XD 40 Tactical that I no longer own) and was very happy with that. Fortunately, the local gun store I went to had Blade-Tech holsters and found that my Glock 17 fit in the Blade-Tech OWB Sting Ray Belt (SRB) holster.

Note: I did bring my gun to the local gun store in order to test the fit before making the purchase. 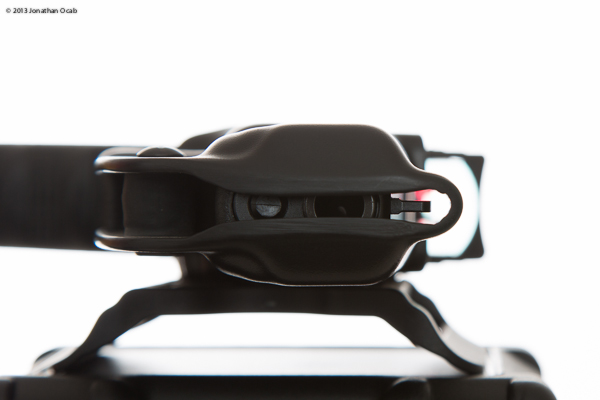 The “Sting Ray” in SRB refers to the belt attachment. This is a Blade-Tech design with a wider base for more stability than traditional belt loop holsters (but not as wide as a paddle). It is adjustable for belts from 1-1/4″ to 2-1/4″ via a shim. 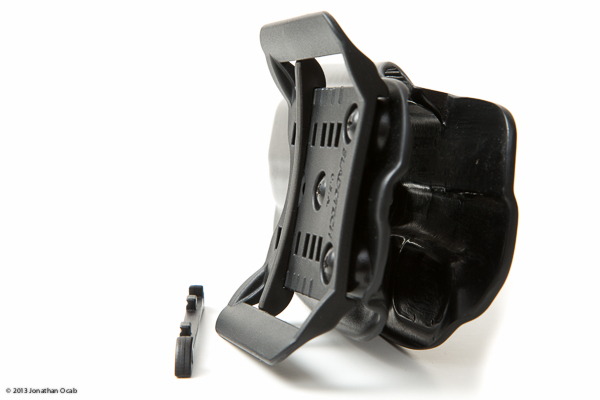 This shim is actually a bit of a weak point for this holster. When I took it out to the range and returned home, I discovered that the shim actually came off. I’m not sure if the shim pried/snapped loose on a draw motion at the range, or if it popped off when upward pressure was placed on the holster when I sat in my truck (I should probably look in my truck for the shim).

Anyway, the holster is still usable without the shim, but there’s going to be the up and down play on the holster. I contacted Blade-Tech via email and they sent me a new shim.

I’m thinking about how to ensure the shim can’t be popped loose. It might be a good idea to put two shims next to each other so there’s more support for the shim closest to the belt. Or perhaps use some duct or gaffers tape around each of the outer loops and just under the shim to support the shim from rolling down.

Note added 2013-02-03: After I received the replacement shim(s), I realized that when I was installing the shim, they are keyed. When I reinstalled a shim, it took a bit of force to snap it in to place on the belt loop. I have a feeling that when I adjusted the original shim, I may have not completely locked the shim into place properly. 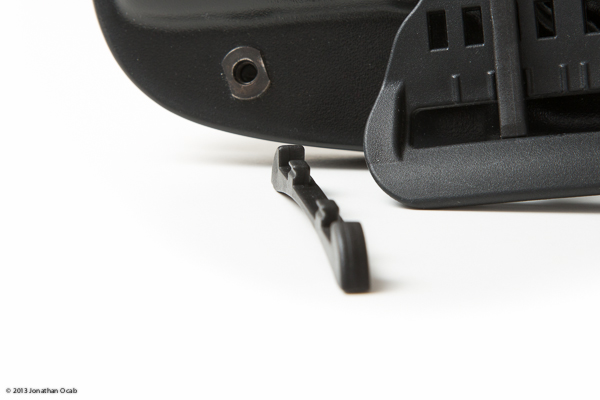 The retention of the OWB SRB is very solid. It’s only Level I based on clasping the trigger guard area of the gun. The amount of the clasping tension is adjustable via two screws at the bottom part of the holster. I prefer to loosen them up just enough so the gun won’t fall out when the holster is held upside down and shaken/jostled. I’m using this for the range (and action pistol style matches), so this type of holster and the amount of retention works for my application.

Aside from the shim incident there’s nothing else at fault with this holster. I’m not sure how much of a problem the shim popping off will be, but I had a Blade-Tech SRB before for my Springfield XD Tactical 40 (which I sold a few years ago, along with the holster) and didn’t have an issue with the shim on that. 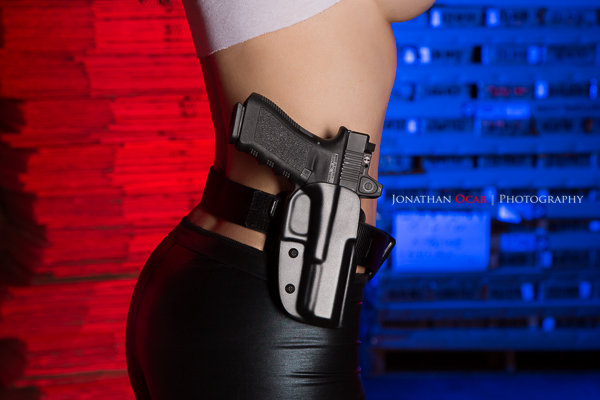 For more info on Blade-Tech Industries and the wide range of holster designs they have, visit their website at http://www.blade-tech.com/.

Note: For anyone wondering about the Blackhawk SERPA vs the Blade-Tech, the SERPA is a good holster. It is considered to be a Level II holster since the mechanism requires the operator to press a release lever (with the trigger finger) while pulling the gun upwards, otherwise the gun remains retained. The SERPA isn’t a good competition holster if the goal is a fast draw. While you can train to draw fast with a SERPA, a basic Level I holster requires less thought (just pull up). Given a choice between a SERPA or a ‘typical’ Level II holster utilizing a retention strap over the top/back of the gun, I would prefer a SERPA. 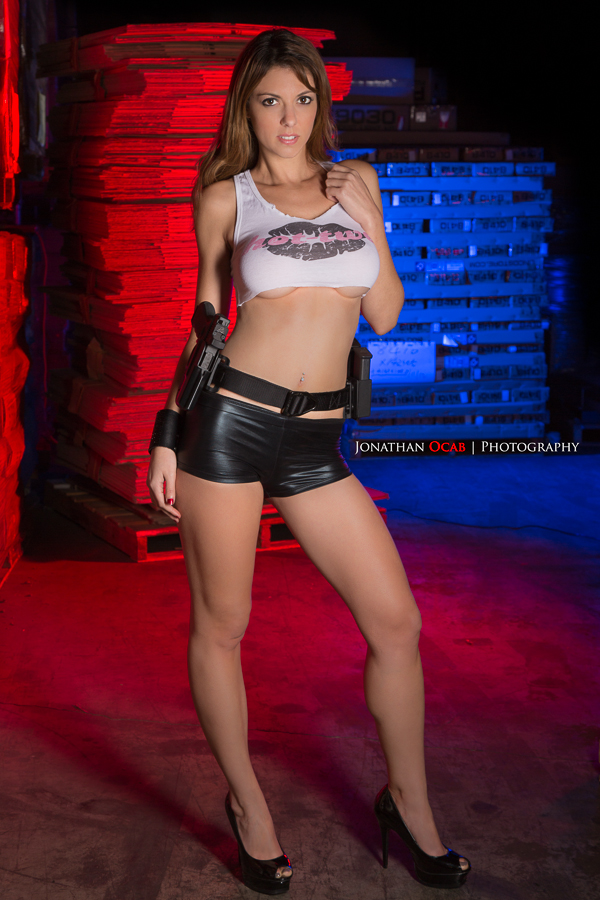