My Glock 17 Gen 3 has been neglected ever since I got rid of the Trijicon RMR that was mounted on it via the One Source Tactical / TSD Combat Systems slide. For those that don’t know, I used to have a Trijicon RMR RM07 mounted directly to a pre-milled G17 slide. But after a little over a year, the third RMR I went through failed on me. The sight was constantly adjusting brightness on it’s own and eventually, the windage adjustments broke and the dot would move left and right on its own.

Since I had gone through three RMRs on the same gun (first one broke after a month when the front lens fell off, second one was DOA – wouldn’t adjust windage or elevation), I gave up on the system.

Running a red dot on a pistol is great, but I don’t think the RMR can handle the constant and continuous shock being directly slide mounted. I feel like revisiting a red dot via a frame mounted solution (e.g ALG Defense Six Second Mount), but that’s a whole other topic altogether.

Anyway, I finally decided to put back the original factory slide. Before doing that, I replaced the firing pin safety with a titanium nitride coated titanium version. I also replaced the stock sights with Vickers Elite Battlesights by Wilson Combat. 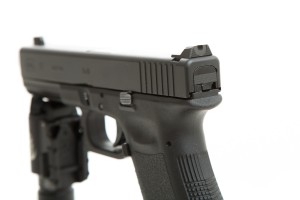 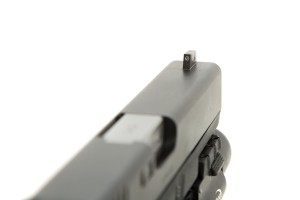 But I also removed the finger grooves from the frame. A frame modification was one thing I had put off trying out, so I figured this would be a nice gun to do it on since I don’t shoot it often.

At first I only removed the finger grooves, which was an improvement. This was done all with a file.

But I felt that I really wanted to get rid of the front strap grip texture. This would actually require removing a good 1mm from the front of the grip to make it all flush and remove the texture. This was done with a Dremel tool and sandpaper to clean it up.

After that was completed, the new grip signature felt significantly improved as far as comfort. The only issue after the complete removal of finger grooves and factory front strap texture is the lack of gripping surface. This is where stippling typically comes into play.

But at this point, I’m not sure if I really need to spend the time to stipple the grip. Right now, I put a small strip of Dawson Precision grip tape that I cut from a large rectangular piece. 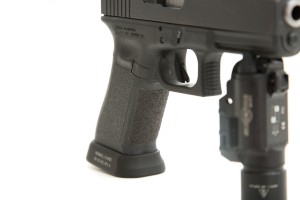 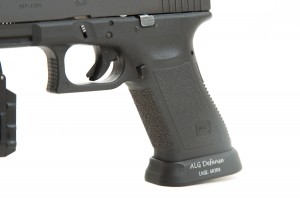 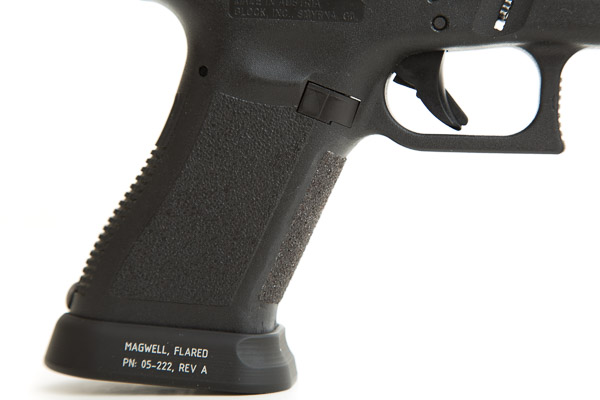