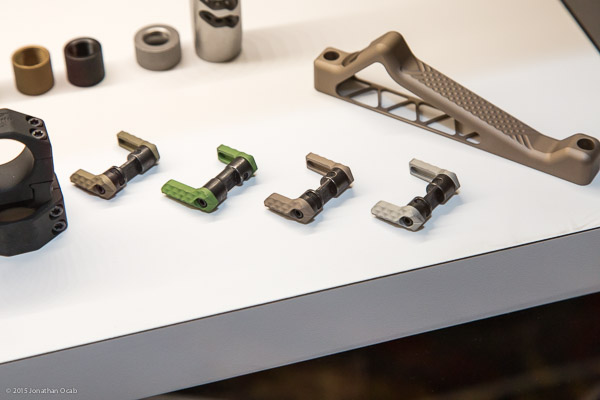 This ‘mundane’ part caught my interest is the overall package. It is an ambidextrous safety with standard length lever and a short length lever, with machined serrated surfacing, and a 60 degree / 90 degree configurable throw option. All of this backed by Seekins Precision craftsmanship.

For those not familiar with the 60 / 90 degree configuration, what this means is that you can have the safety configured such that it operates in a normal 90 degree throw, whereby the safety rotates 90 degrees from safe (forward) to fire (12 o’clock), or you can have it set for a 60 degree throw such that it moves only 60 degrees from safe (forward) to fire (roughly 10:30). 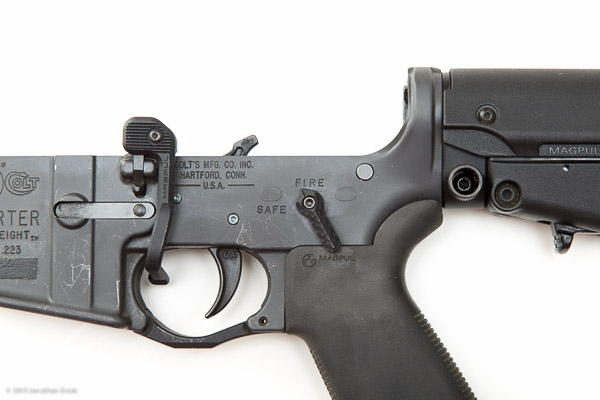 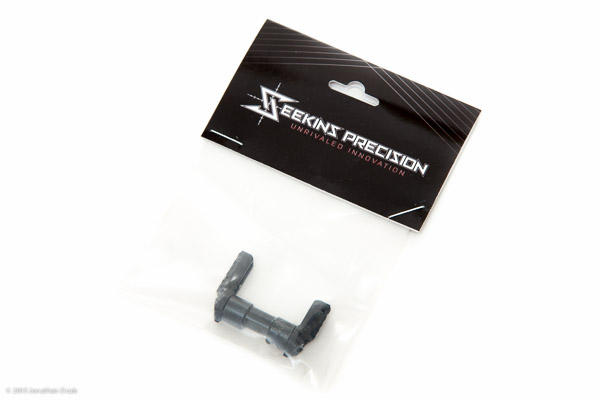 Out of the package, it is configured for 90 degree throw, so you have to use a hex head wrench to take the levers off and swap them on the opposite sides of the turret if you want to go with the 60 degree throw (which is what I did). 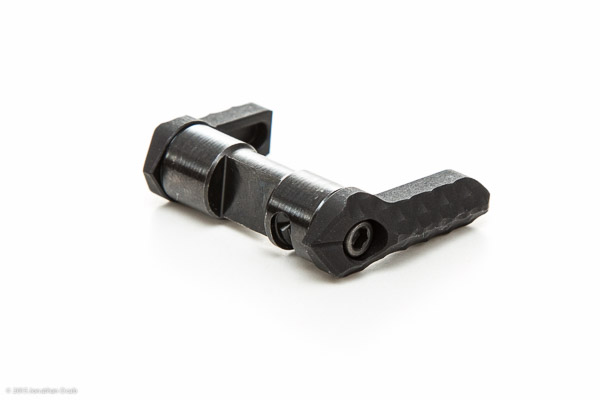 The Seekins Precision safety selector surface has what I would describe as serrations machined into the surface. This pattern provides significant grip to the safety, especially compared to the slick surface of the standard AR-15/M-16 safety. 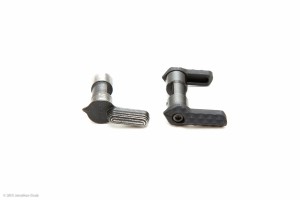 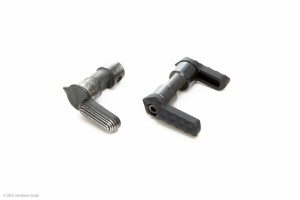 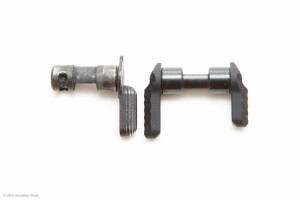 The purpose of one lever being shorter than the other is so that this lever provides a little clearance (albeit subtle) for the firing hand side of the gun, when the hand is moved around the fire control system.

All this being said, there’s no real gain as far as decreased time to rounds on target by simply eliminating 30 degrees from the fire to safe position. So why bother spending $40 on the Seekins Precision Safety Selector?

The reason why I bought it was simply based on my desire to try it out. I’ve never run an ambidextrous safety on my AR, but the 60 degree throw seemed very interesting. After getting it on my gun, I do think the 60 degree throw has a nice feel to it. The short throw feels very comfortable and doesn’t seem awkward at at all. Plus, with the ambidextrous safety, I found myself using the knuckle of my trigger finger to operate the safety from fire to safe. The shorter throw makes that action more feasible.

Would I recommend this product? If you are running a regular milspec-style safety, I would definitely recommend this. Some people might balk at $40, but it’s a small drop in the bucket when it comes to customizing one’s own rifle.

If you already have an ambidextrous and/or short throw safety, then you can probably just stick with what you have. While Seekins Precision has a reputable name with regards to quality, I’m sure that some of the other third-party safety selectors out there that you might already own are perfectly fine.