The Olympus M.Zuiko ED 25mm f1.2 PRO lens was released earlier this year to much fanfare because it ushered in a new tier of professional lenses for the Olympus Micro Four Thirds platform. Micro Four Thirds users were excited about the wide f/1.2 aperture for low light performance and thinner depth of field.

When the M.Zuiko ED 25mm f1.2 PRO was announced and released in early 2017, I actually was not all that excited by it. Mainly because of the 25mm focal length, which is equivalent to 50mm on a 35mm full frame sensor. 50mm on full frame has long been considered the normal perspective focal length, in that it portrays a perspective that is very close to the perspective of naked eye. This is a great documentary focal length, and is a good way to “shoot as you see.”

But in general, I have found the focal length boring. When I had a 50mm on my Canon full frame dSLR bodies, I either found it not wide enough or not narrow (telephoto) enough for the situation at hand. Yes, I can reframe with my feet, but that changes the perspective of what I want to frame (or not frame). I more often find my self using a 35mm or 85mm and longer (35mm sensor), which is why I didn’t think too much about the Olympus M.Zuiko ED 25mm f1.2 PRO.

Fast forward to November of this year. There were several Olympus Black Friday deals on Thanksgiving weekend, and one of them included a price drop on the Olympus M.Zuiko ED 25mm f1.2 PRO. Since I had some Amazon gift cards, it looked like I could get the Olympus M.Zuiko ED 25mm f1.2 PRO for a really good price. I analyzed my photography habits and felt that I could get back more into normal perspective shooting, and figured it would make a good lens for the upcoming 2018 SHOT Show convention.

So I pulled the trigger and ordered the Olympus M.Zuiko ED 25mm f1.2 PRO from Amazon. 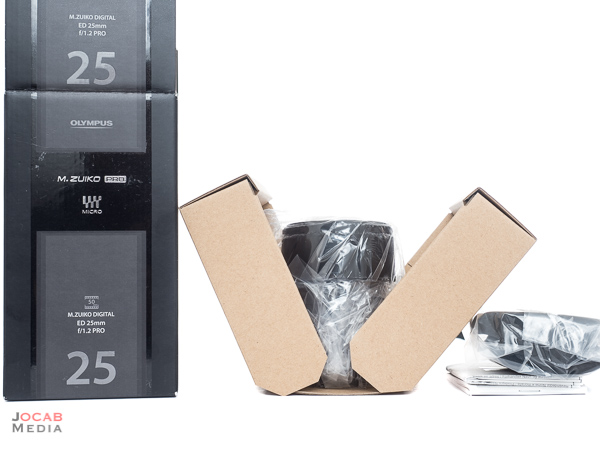 The 25mm f1.2 PRO is a hefty lens as far as Micro Four Thirds lenses are concerned. Most MFT shooters that have the typical f/1.8 or even f/1.4 primes are used to small and very light lenses. But the 25mm f1.2 utilizes metal construction (albeit plastic/polymer on the exterior controls and shell), boasts 19 lens elements, and is weatherproof. 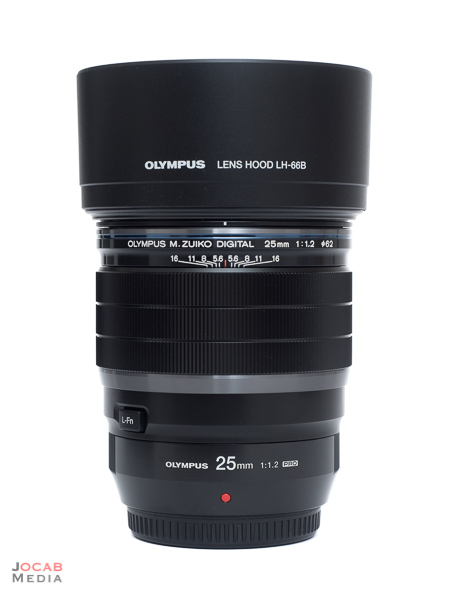 Supposedly, the 19 elements inside the Olympus 25mm f1.2 is the most of any other 50mm (35mm equivalent) lens in existence. 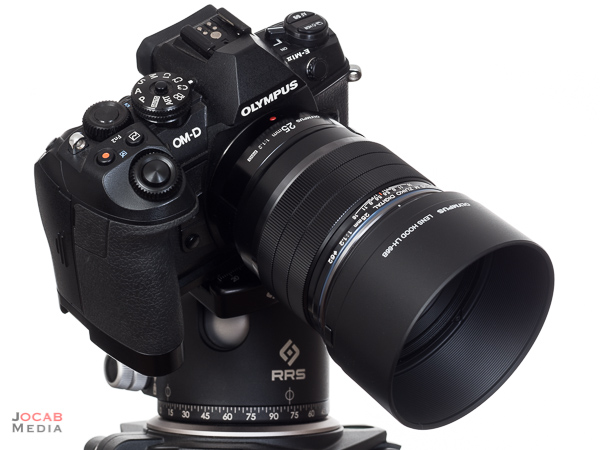 Note that the internal surface of the lens hood does not have any felt material. They machined grooves into the internal walls to act as anti-glare. 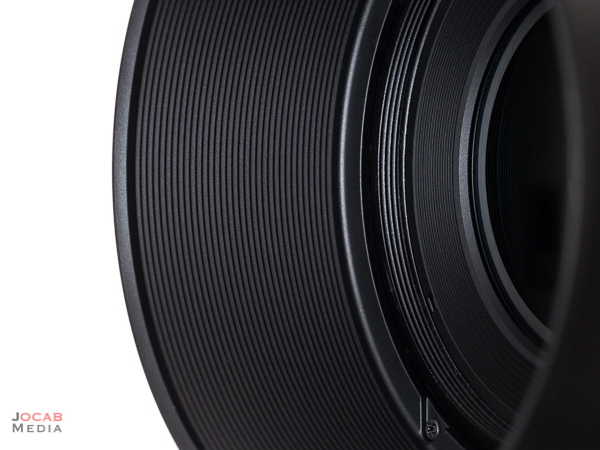 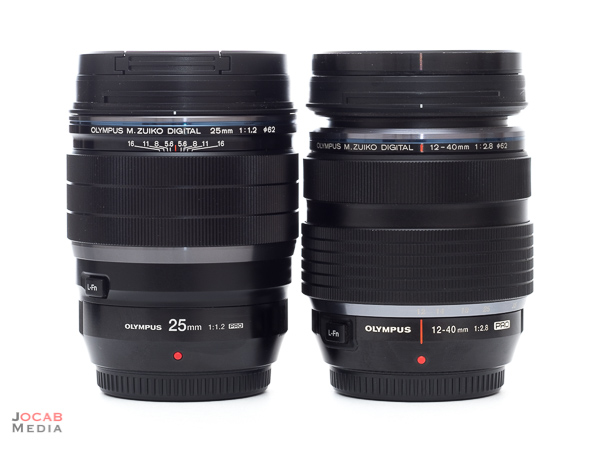 Anyway, there are plenty of technical reviews on the Olympus M.Zuiko ED 25mm f1.2 PRO, but I just wanted to give a little feedback on my current experience with the lens.

The overall form factor is fitting on my primary body, the Olympus OM-D E-M1 Mark II. 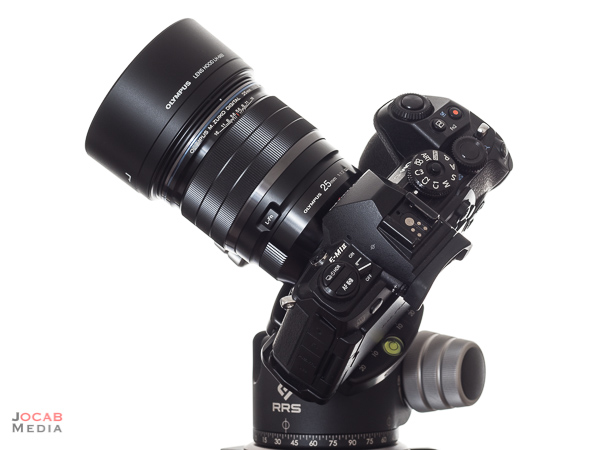 I did find focusing at f1.2 on very ‘busy’ objects (foliage) in low light or back sunlit conditions to be inconsistent to say the least. Granted, these conditions can trick many camera platforms, but I am used to these locking focus fairly easily. I do not know if this is necessarily the fault of the M.Zuiko ED 25mm f1.2 PRO, but I did notice this issue in a few situations.

Bokeh with the Olympus M.Zuiko ED 25mm f1.2 PRO is quite pleasing as far as I am concerned. I can confirm other reviewers experiences in that the bokeh on lights will be more oval than circular while wide open. But the bokeh ‘balls’ can round out more when stopped down even as little as two-thirds of a stop.

I pretty much did most of the casual testing at f/1.2. I wanted to try to shoot this lens at the widest aperture since that is the biggest selling feature of this lens.

In bright mid-day sunlight, this meant using the low (expanded) ISO of the E-M1 Mark II (which is pulled to about ISO 64), or even using the electronic shutter to get faster than 1/8000s mechanical shutter speed.

There is some noticeable vignetting at f/1.2, which can easily be remedied in post. But the following photos are examples where you can see the corners fall off:

Other than the vignetting and inconsistent AF at f/1.2 in certain situations, the Olympus M.Zuiko ED 25mm f1.2 PRO is quite a nice lens. I find the images to be very representative of my human eye perspective at the point where I am taking the shot. AF is generally pretty quick in the bulk of scenarios and the sharpness is good across the board.

The biggest negative of this lens is why the Olympus M.Zuiko ED 25mm f1.2 PRO probably won’t be very sought after, and that is the price. The current MSRP is $1200 USD, which is about twice the price of the next best autofocus MFT lens in the 25mm focal length, the Panasonic Leica DG Summilux 25mm f1.4 ASPH at an MSRP of $630 USD (and is currently price dropped to $597 USD).

So obviously, the Olympus M.Zuiko ED 25mm f1.2 PRO lens is very niche. There is no doubt it is a great lens with that magical f/1.2 aperture. It is sharp at f/1.2 and gets even sharper across the frame when you stop down one or two full stops.

But the price is a huge detractor for most Micro Four Thirds photographers, who by and large, use the MFT system for smaller, lighter, and less expensive lenses than traditional dSLR.

I definitely like this lens. But if you are looking to get a 25mm lens and you asked me if you should buy the 25mm f1.2 PRO, I would probably tell you to just get the less expensive Panasonic Leica DG Summilux 25mm f1.4 ASPH.

If you already have a 25mm lens and want to step up to the best 25mm MFT has to offer, then I would ask if you are willing to accept the increased size and weight (and price) of the M.Zuiko ED 25mm f1.2 PRO to get that extra one-third stop of light. If yes, then go for it.

In summary, the Olympus M.Zuiko ED 25mm f1.2 PRO lens for Micro Four Thirds does everything you could want out of a normal perspective lens and does a fantastic job creating great exposures. But all that comes at a cost: price, size, and weight.

The rest of the photos below (as well as all the photos previously in this post) were all taken with the Olympus M.Zuiko ED 25mm f1.2 PRO on the Olympus OM-D E-M1 Mark II. 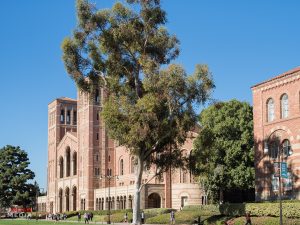 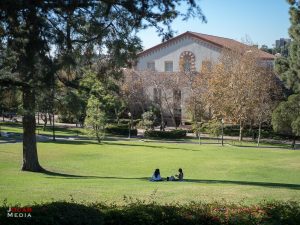 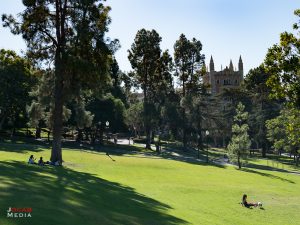 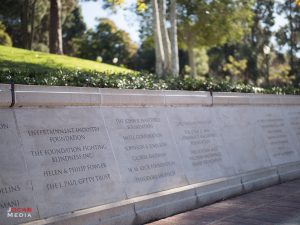 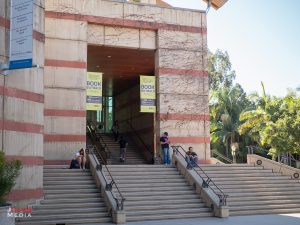 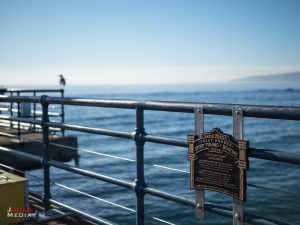 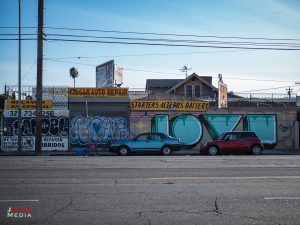 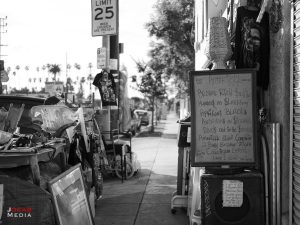