Longer gas systems meant longer dwell time, the amount of time the bolt remains closed on the chamber as the round is fired and the bullet travels through the bore, before the gases enter the gas port thereby opening the bolt. Longer dwell time meant a slower cyclic rate, which meant better recoil characteristics and also better pressure / gas management in the AR-15.

On top of that, various weight buffers have been made which allows for more tuning of a specific rifle. A heavier recoil buffer means the bolt operates slower during cycling. 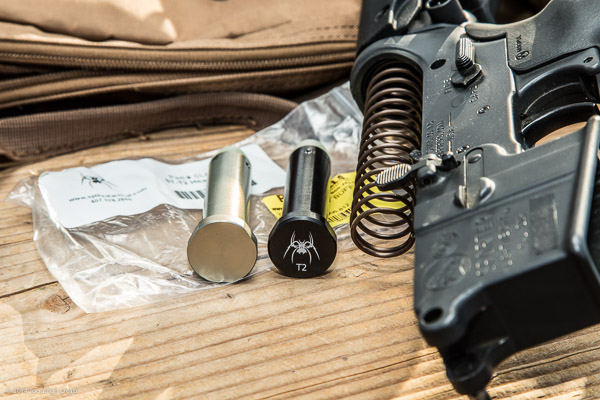 That said, I decided to try a heavier buffer in my recent 16″ mid-length build. I didn’t think too much of the buffer when I initially ordered all the parts. The reason why I bought a 16″ mid-length was to get the desired recoil characteristics versus a 16″ carbine gas length barrel.

But it seems like the goal for many is to run as heavy a buffer as possible before the gun loses consistent function.

Thus, I bought a Spikes Tactical ST-T2 Heavy Buffer to see if my gun can run a heavier buffer. The ST-T2 specification indicates a weight of 155 grams (4.05 ounces). This means a buffer weight difference of about 1.1 ounces between the standard carbine buffer and the ST-T2.

I fired 10 rounds with the standard carbine buffer and the ejected brass landed 8 to 8.5 feet away at about 2:30.

I replaced the standard carbine buffer with the ST-T2 and shot another 10 rounds. 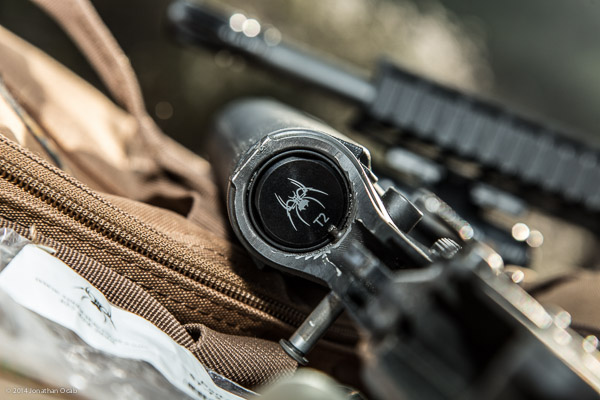 The brass in both cases show little to no differences in terms of ejector or extractor markings.

As far as recoil, I could definitely tell that the gun’s cycling / recoil characteristics were different (‘softer’)with the ST-T2. How much different, I can’t quantitatively measure.

So right now, I can’t really say that it was worth going with a heavier buffer. I’m not sure if I’ll ever be able to say that it gave me any real practical gains. But the Spikes Tactical ST-T2 Heavy Buffer cost less than $40, so it wasn’t much of an investment either way.

But if your AR-15 with a carbine, mid-length, or intermediate gas system is showing overgassing signs and/or is just exhibiting some very fast cycling, you should definitely give a heavier buffer a try.