When I bought my Olympus OM-D E-M1 Mark II at the beginning of 2017 to take to SHOT Show, I put a Peak Design PROplate which is designed for use with the Peak Design Capture Pro camera clip, but is also Arca-Swiss compatible. 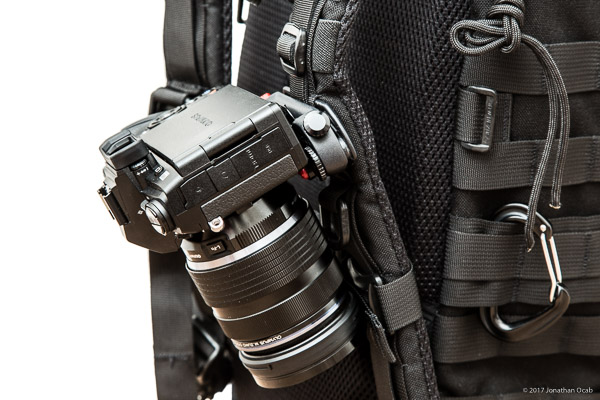 I prefer to run Really Right Stuff base plates (or L-plates), but RRS did not have a plate for the E-M1 Mark II in January. I had seen some people posting RRS plates for the E-M1 Mark II in late February / early March, but I never saw the plates in-stock on the RRS website (always said pre-order). Anyway, I put in a pre-order and finally received it on the last day of March. 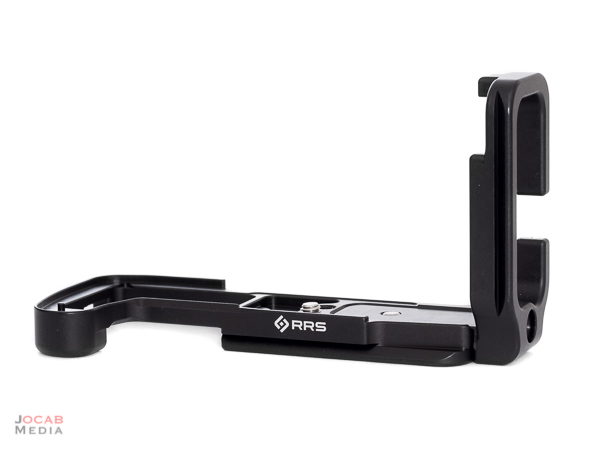 The Really Right Stuff L-plate for the E-M1 Mark II is a two-piece design, consisting of the primary base pate and the optional side plate which are connected by a button head screw (5/32 hex drive). 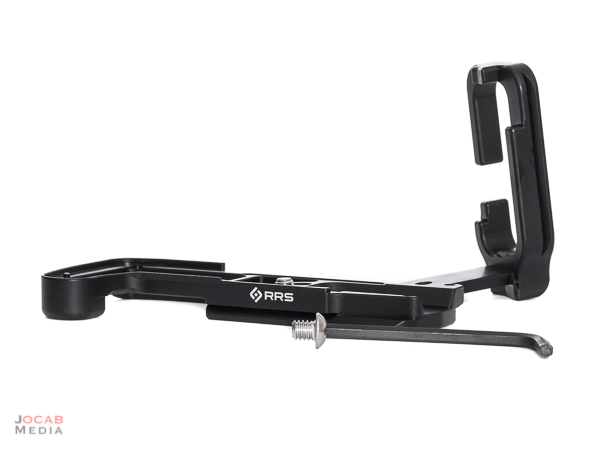 As far as the primary base plate, it adds about 7/16 of an inch thickness (height) to the camera. 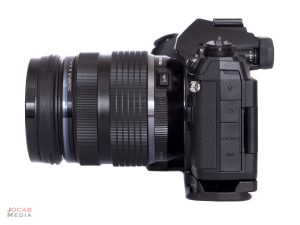 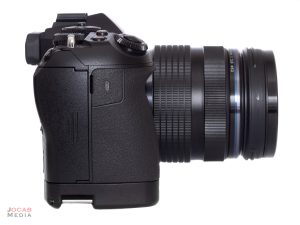 The side plate adds about the same 7/16 of an inch thickness/length to the camera. But the side plate seems to make the camera feel a lot more bulky. It is a weird statement to say considering the base plate is the same thickness. But my reasoning is that it is much more noticeable when there is extra length to the longest dimension of the camera (side-to-side / width dimension). Note that adding the L-plate to the E-M1 Mark II makes the camera about the same width as a Canon EOS 5D Mark III. 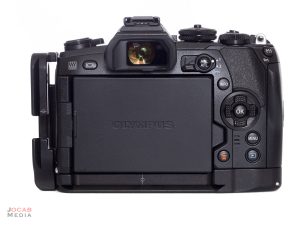 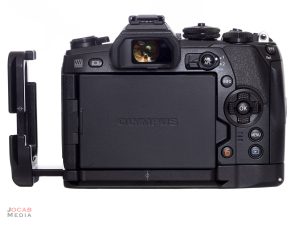 As you may have noticed in the above-right photo, the side plate can be extended out if you need more clearance for the side ports. 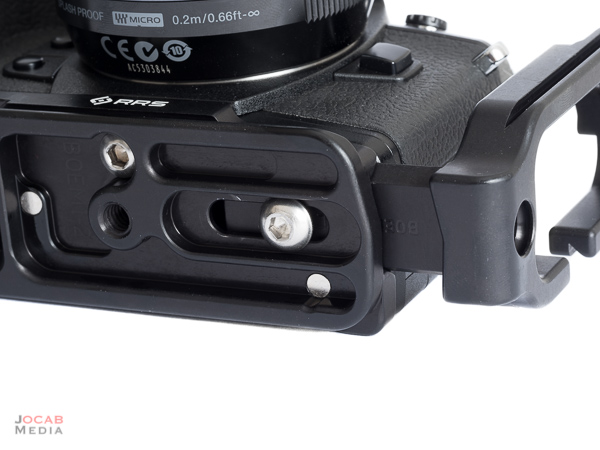 Even with the side plate installed, access to the camera ports is still available. 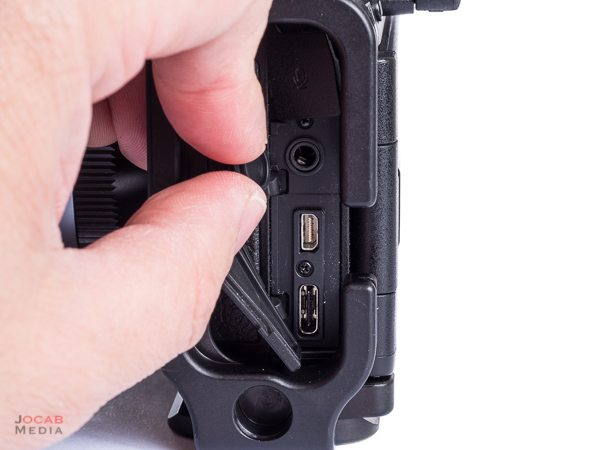 Of course, one of the most critical issues for any Arca-Swiss base plate is whether the battery door on the camera can still be accessed while the plate is installed. In the case of the RRS plate for the E-M1 Mark II, the battery door is definitely accessible. 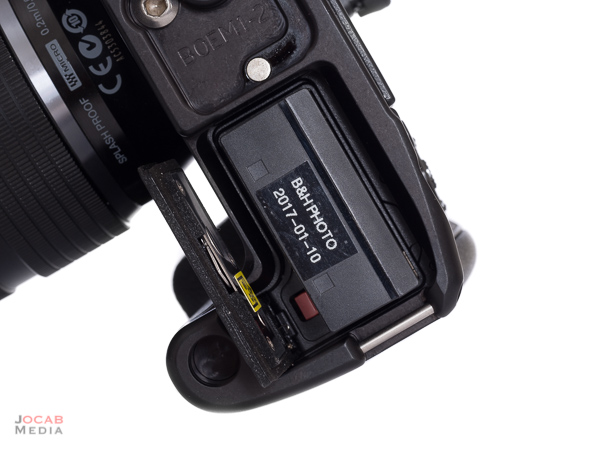 It is important to note that the side plate will not allow the LCD of the E-M1 Mark II to full open. 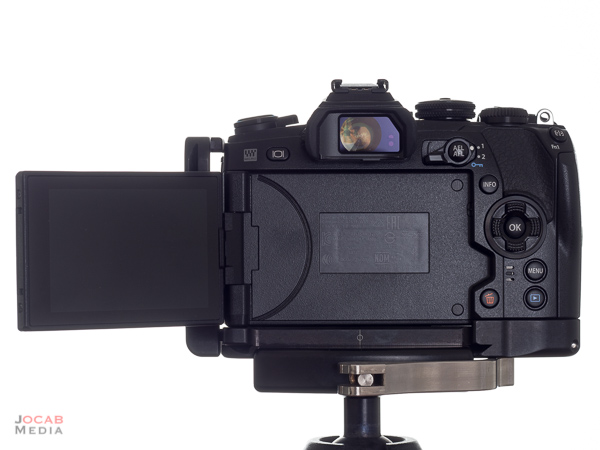 You can still swivel the screen so it is either facing front or back by opening the LCD only 90 degrees, and then rotating it, and then closing it. But the side plate will reduce the LCD movement.

While a review of an Arca-Swiss compatible L-plate should be fairly straight-forward, the Really Right Stuff L-plate set I received incorporates some fairly new design features to RRS.

The first being the inclusion of a 5/32″ hex (or Allen) key that is secured to the underneath of the base plate via magnets embedded in the plate. 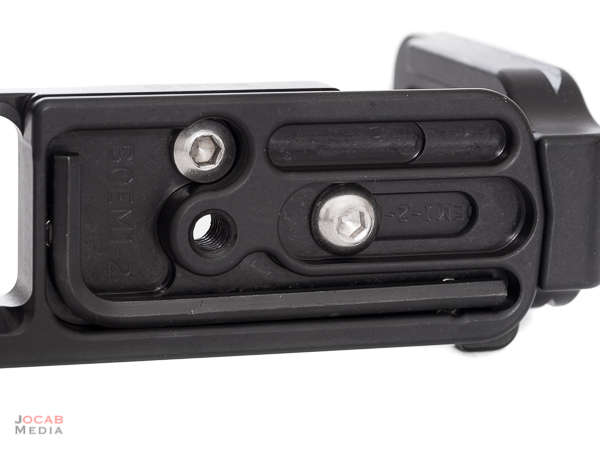 This is a great idea since many photographers do not carry around hex drivers, and it is quite beneficial to have a ‘permanent’ way to detach, (re)attach, and adjust the plate.

But the other new feature with this version of the Really Right Stuff E-M1 Mark II L-plate set is the integrated QD sockets on the base plate and side plate. 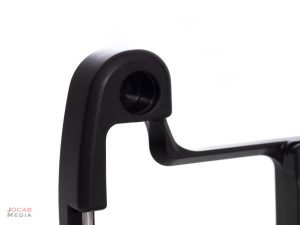 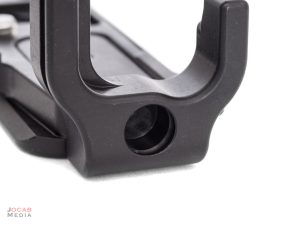 For those not familiar with a QD socket (or quick detach sockets), it is a standardized socket used on rifle stocks to adapt to push button quick detach sling swivels. 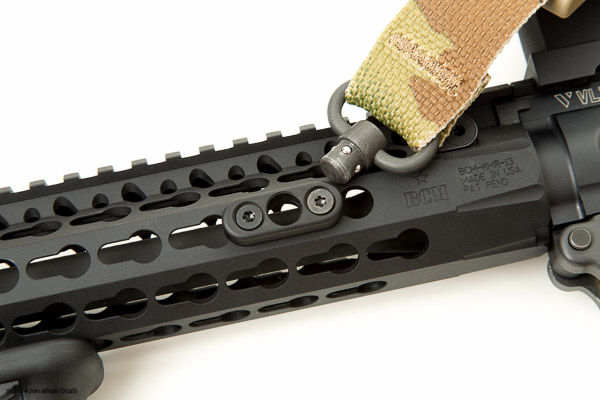 By adding a QD socket to each the base plate and side plate, this means the user can use a rifle sling as a camera strap. 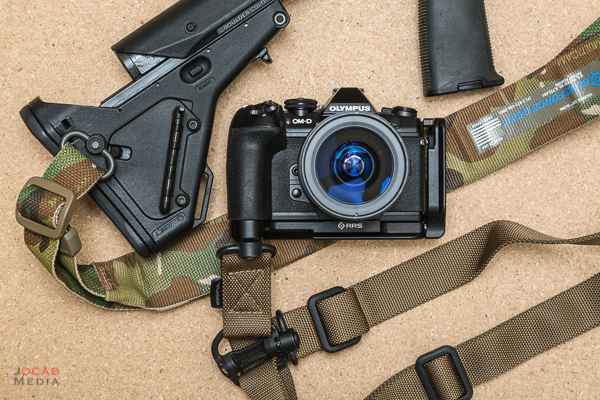 Single-point rifle slings have been around for many years, and photographers actually use a single-point strap in the form of the Blackrapid straps. But QD sockets would allow photographers to utilize more (arguably) robust, durable, and bomb proof rifle slings to carry cameras, such as the MagPul MS4 Gen 2 or the Haley Strategic D3 sling. 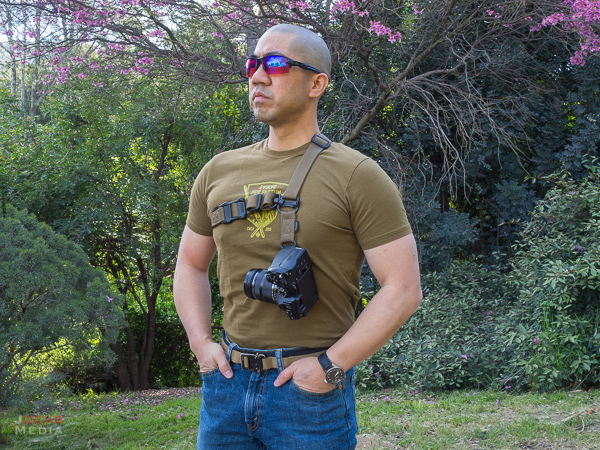 My current camera strap method is one I documented back in 2015. 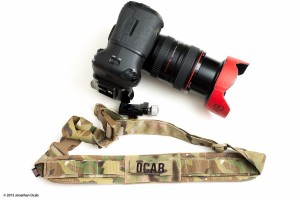 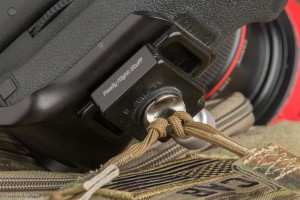 It is essentially a strap that is ‘permanently’ connected to a Really Right Stuff screw clamp, and I attach the strap to the camera by clamping it to the RRS base plate (or any other Arca-Swiss compatible plate I am using).

I actually like that setup. The clamp is quick to attach and detach, and is dead-nuts secure when hand tightening the screw knob clamp.

But I have heard others say they want to be able to keep the strap on the camera when the camera is on a tripod for security purposes. In the case of an Arca-Swiss compatible system, the above method will not facilitate this since the base plate is where the strap is clamping to. One could attach the clamp to the side plate, but if a person is only running a base plate and not a full L-plate configuration, this not an option.

But with the integrated QD socket design in the RRS E-M1 Mark II L-plate, the QD socket on the bottom plate is offset to allow the sling to be attached while the camera is on a tripod, and centered up with the clamp. 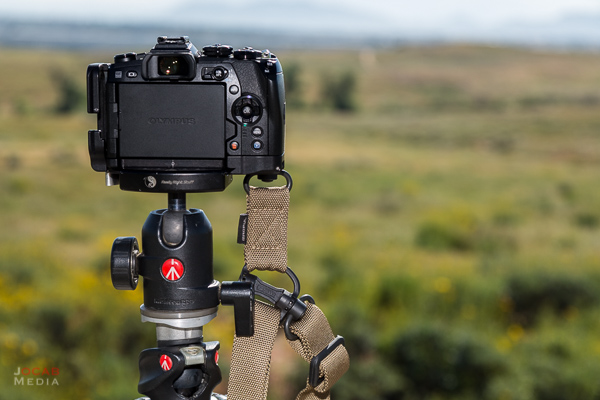 The QD socket on the side plate may or may not allow it to be used while on a tripod in the portrait position. But I anticipate most Arca-Swiss clamps are going to be fairly wide, and there just isn’t much real estate on the side plate. So odds are, most people will stick to the bottom QD socket, assuming they decide to use a QD sling. 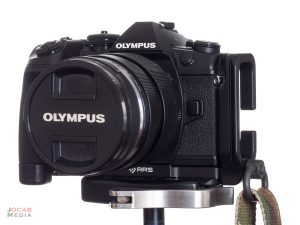 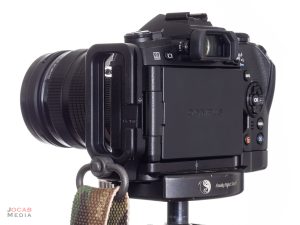 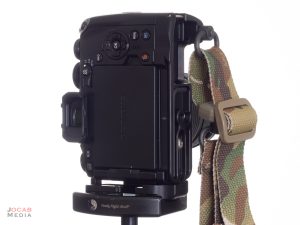 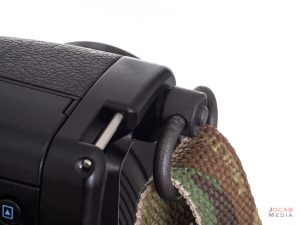 Anyway, the Really Right Stuff L-plate set for the Olympus OM-D E-M1 Mark II is another solid product from RRS. The added features of the Allen key ‘compartment’ and the integrated QD sockets provide more justification for a Really Right Stuff plate. 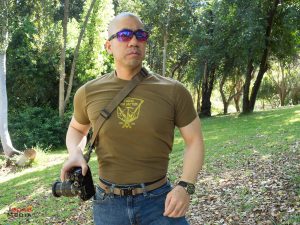 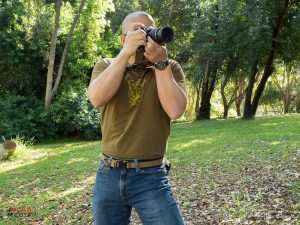 Unfortunately, the RRS L-plate for the E-M1 Mark II is on the high end as far as L-plate prices go, with a price of $180 for the set. The base plate can be had for $80, while the side plate is $100. I figure the side plate would cost less than the base plate, but that is not the case here. 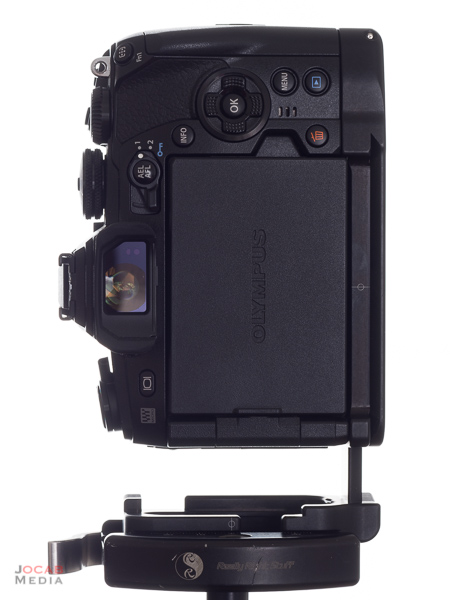 Since the plates are machined from solid blocks of 6061 aluminum, manufacturing the side plate probably has some nuances involved during the process due to the shape (e.g. sub-optimal amount of material milled away from the source block of aluminum).

So while the RRS plate for the E-M1 Mark II is top quality, you will pay a top price to acquire it.