The concept of a press check is now a common procedure in the deployment of a duty or defensive firearm, specifically during an Administrative Reload.

In the case of a semi-auto/automatic firearm, a round is manually loaded into the chamber for initial use (firing). After that round is chambered, the operator should ensure that a round is indeed in the chamber.

This is where a press check comes into play. The most common method is to pull back action or bolt just enough such that the cartridge casing can be visually seen through the ejection port.

For the utmost safety, the proper way to confirm a chamber is empty is to remove the magazine, open the action completely, and to visually *and* physically inspect the chamber of any cartridge. 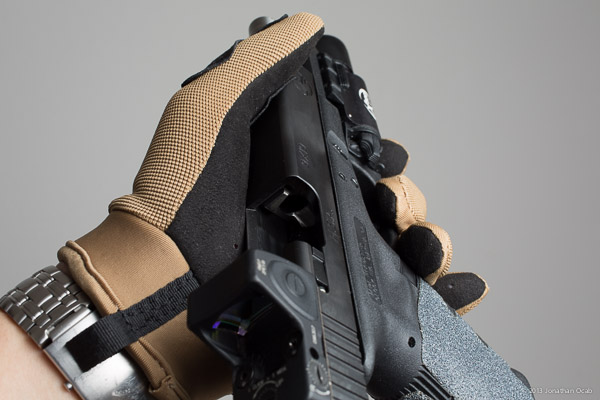 A press check will fail to show an empty chamber in the extreme case where the cartridge isn’t grasped by the extractor claw, thereby sticking in the chamber and not being shown through the ejection port. In the case where you’re trying to confirm the chamber is loaded, this isn’t ‘catastrophic’ in that you’ll simply try to chamber a round only to find a round already in the chamber.

All this said, why press check? Press checks are one step in the Administrative Reload, which is the basic setup of a duty or defensive ‘weapon’ (firearm) when preparing it for actual use or deployment by the operator. Remember to follow a mindset of setting yourself up for success, not for failure.