Since refreshing my Savage 10FP in late 2016 with a new barrel and bottom metal, I really have not done any shooting with the rifle or painted the stainless steel barrel. The main reason is because I wanted to change out the entire optics system. For over 10 years, the 10FP in question had an early 2000’s Bushnell 3200 Elite 10x40mm mildot scope sitting in TPS rings on a Ken Farrell 0MOA base. 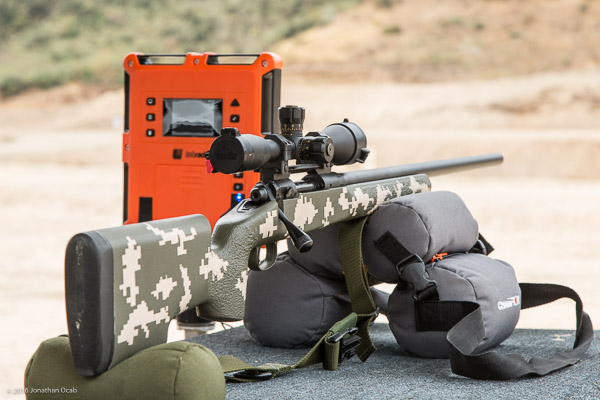 If you have not read the previous Savage 10FP Precision Rifle Project articles, go back to read Part 1, Part 2, and Part 3.

Anyway, since I refreshed the rifle with a new cartridge, I decided that I wanted to get a new scope. On Black Friday 2016, I ended up placing an order with Brownells (using a coupon) for a Vortex Optics Razor HD AMG 6-24x50mm EBR-7 MRAD. The scope was listed as a preorder, and I fully expected I would not see the scope for some time.

As time passed, I stopped thinking about it and was surprised to get an email a couple weeks ago from Brownells to confirm my credit card for the preorder, which meant Brownells got the scope in-stock and was ready to ship it to me. The impending scope triggered a purchase for a Badger Ordnance 20MOA base as well as the necessary 30mm rings.

The inbound shipment also triggered the painting of the stainless steel Shilen barrel, and the Northland Shooters Supply stainless steel barrel nut and recoil lug. I taped off the receiver and the crown and went at the barrel with Brownells ALUMA-HYDE II Magpul FDE. 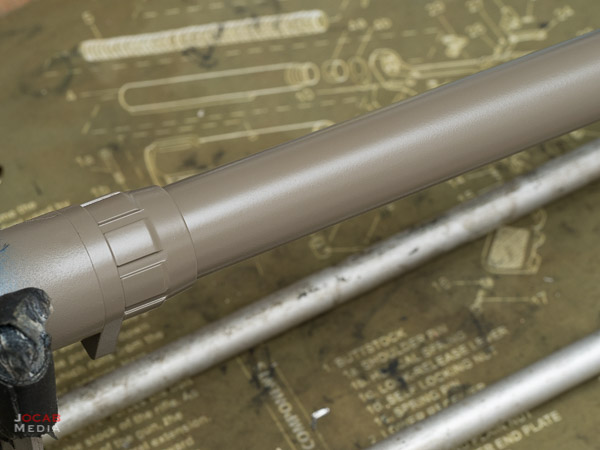 I needed to give the barrel a week or so to cure, and during that time, the scope arrived. 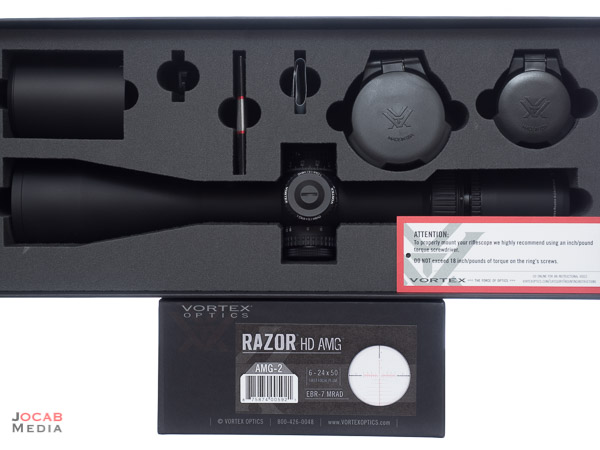 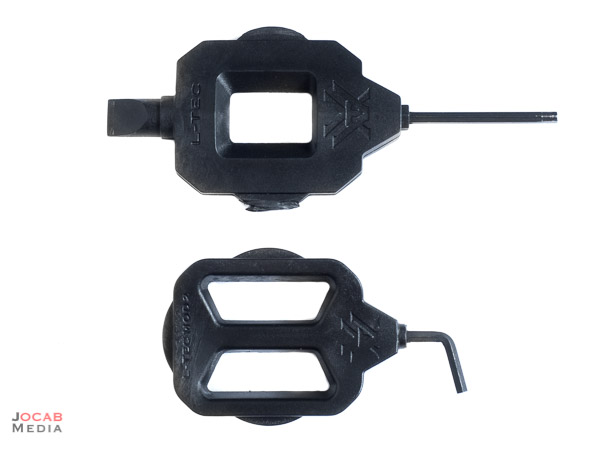 The L-Tec MOD 2 tool has an angled hex driver and eliminates the slotted driver on the opposite end. This is because the L-Tec / Zero stop adjustment on the Razor HD AMG is a hex screw and not a slotted screw. 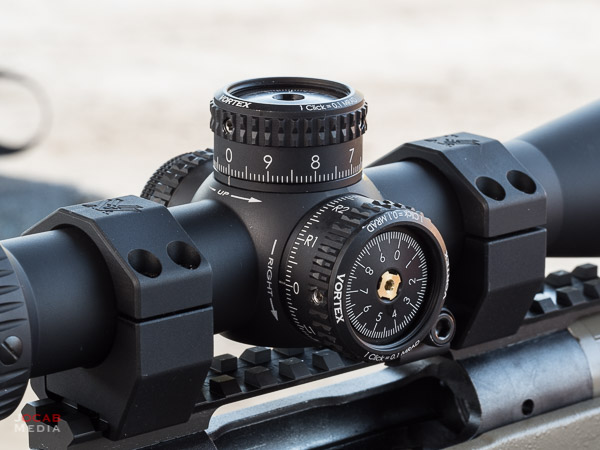 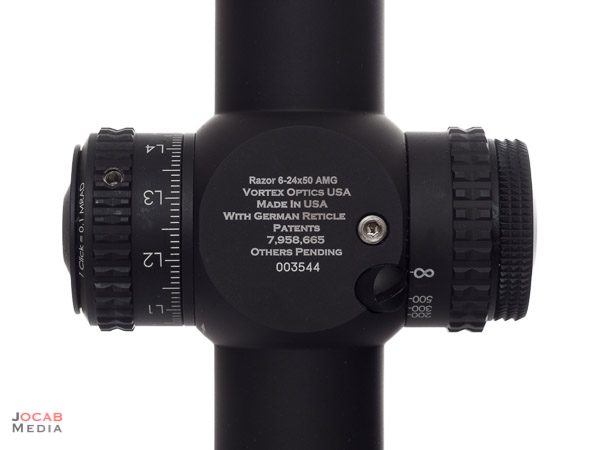 As far as the initial out of the box observations of the Razor HD AMG, I did notice the smaller appearance of the scope. 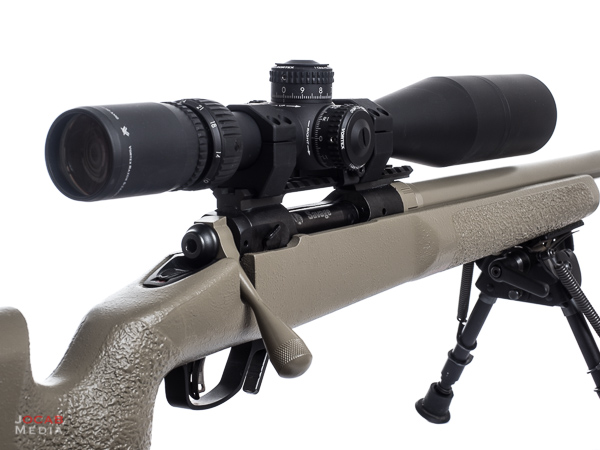 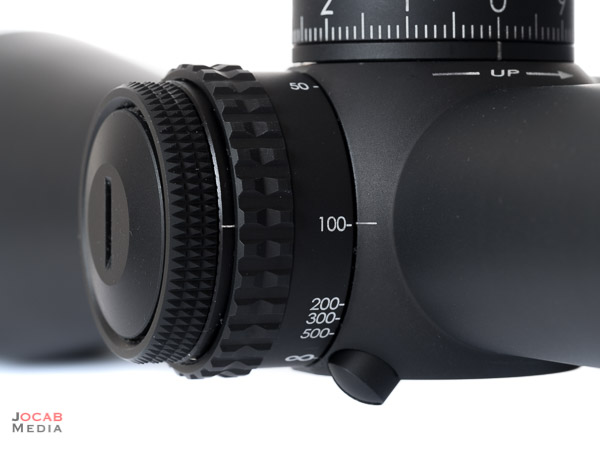 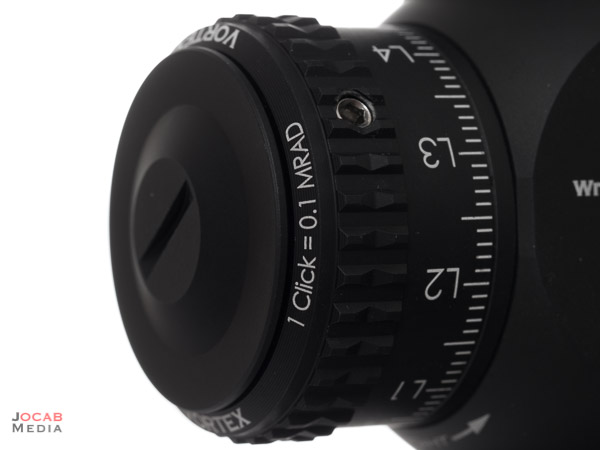 Anyway, after a week of cure time, I mounted the Badger Ordnance 20MOA base. 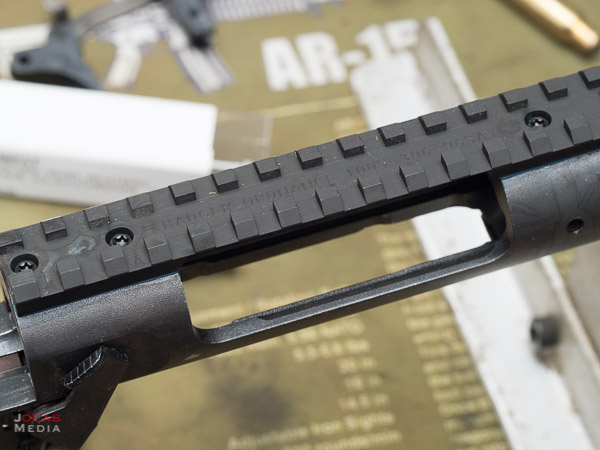 I do not know why I just didn’t put a 20MOA base on the action to begin with. Had I known better in the early 2000’s, I would have went with a 20MOA base instead of the 0MOA base.

After I let the Loctite cure for 24 hours, I installed the Vortex Optics 30mm Precision Matched Rings (literally rebranded Seekins Precision rings) and mounted the scope. 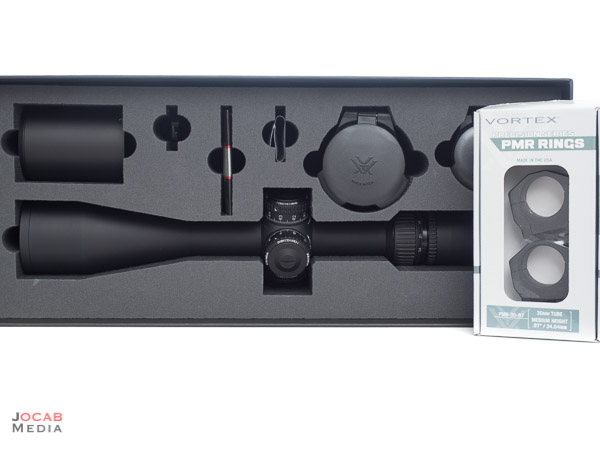 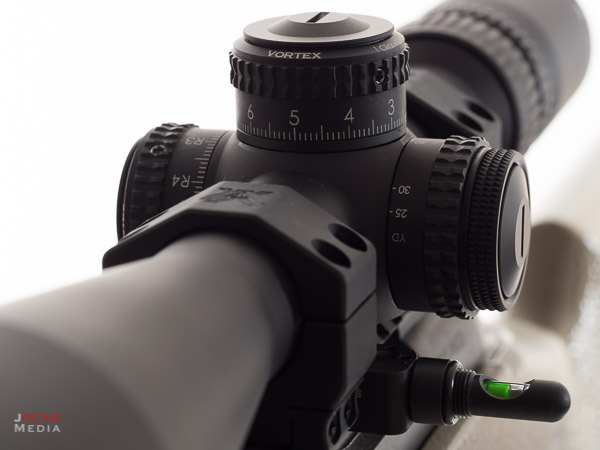 Several weeks back, I acquired some Lapua 6.5 Creedmoor brass and some Berger Bullets 6.5mm 140gr Match Hybrid Target with the intent of getting some handloads developed for this particular Savage 10FP rifle. Also, I have been buying some H4350 in the past several months when I had the opportunity. Since the new scope gave me impetus to revisit the Savage 10FP project, I developed some test loads using:

Other than developing a load, the one key issue I needed to confirm was whether or not I would get any primer cratering with the Lapua 6.5 Creedmoor brass and the small rifle primers.

For those that do not know, there is a nuance with using small rifle primers in higher pressure cartridges for a rifle that was originally built with large rifle primers in mind, specifically a factory mass produced rifle. Often, the gap or clearance between the firing pin and the firing pin hole in the bolt face can be large enough to allow primer flow back into the bolt face. This results in what appears to be cratering. This can be an unsafe condition, especially if you get into higher pressure rounds / loads, and could result in primer piercing.

When I had a factory Remington 700 action built into a 6mmBR by Doan Trevor several years back, I asked Doan to also install a smaller diameter firing pin assembly and bush the bolt drill out firing pin hole and install a bushing. This essentially eliminates any significant gap between the firing pin and the firing pin channel in the bolt, mitigating the chance for primer flow.

Note that the cratering issue can crop up when you introduce small rifle primers into the equation due to the fact that there is less surface area of the primer. This smaller surface area means more pressure on the primer itself, which is why a factory gun using large rifle primers usually will not see this issue (for the most part).

I have seen quite a few posts on forums where people who own factory rifles chambered in 6.5 Creedmoor (e.g. Ruger Precision Rifle) discovered the “fancy Lapua brass” they bought shows cratering whereas their Hornady brass does not. Cratering with small rifle primers is what I wanted to confirm or refute as an issue with my rifle before I committed to buying more Lapua 6.5 Creedmoor brass. If my rifle does have primer flow problems, then I would have to get bolt sent off to a gunsmith.

After making 40 rounds of handloads using the previously listed components with varying charge weights (five each of 40.5, 41.0, 41.5, and 42.0gr, and for each brass type), and getting the scope mounted, I took it out to the West End Gun Club shooting facility. 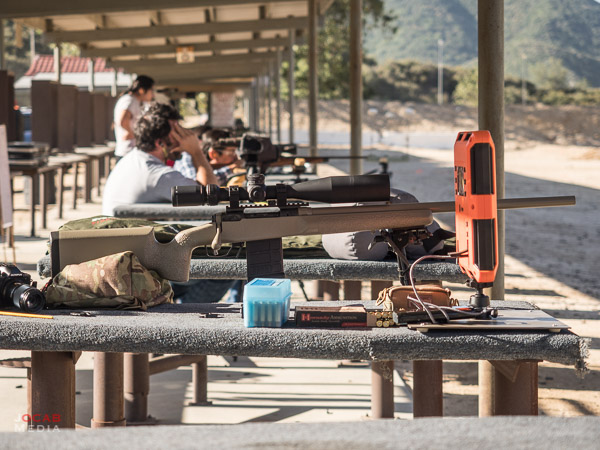 First and foremost, I was able to confirm that my rifle does not crater small rifle primers, at least up to 42.0gr of H4350 with the Berger Bullets 6.5mm 140gr Hybrid Target. I am quite happy that this is the case, because I did not want to have to send the bolt off to a gunsmith. 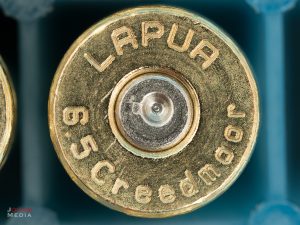 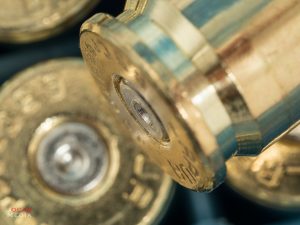 Second, I was able to get some valid load data for this rifle.

The loads with Lapua brass had solid standard deviation and extreme spread values.

The groups for the Lapua brass handloads were solid as well. 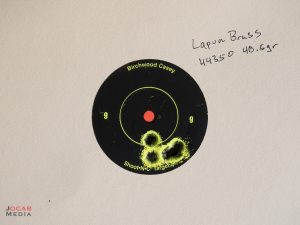 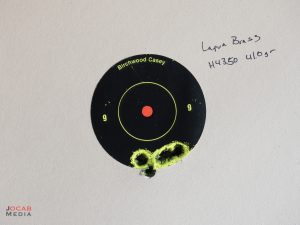 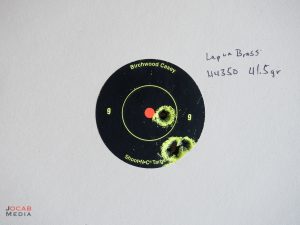 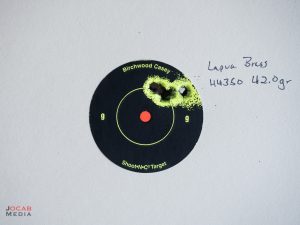 The handloads with the same exact components, except for Prime brass, were far from stellar. The average velocities were about 20-25fps faster when using Prime brass instead of Lapua brass, with the same powder charge weight. The standard deviation and extreme spread for the Prime brass loads were significantly higher than the respective Lapua load. 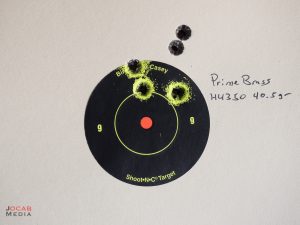 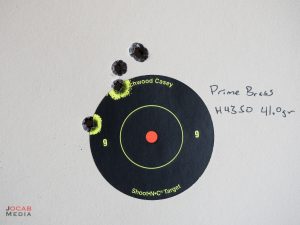 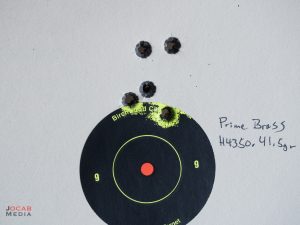 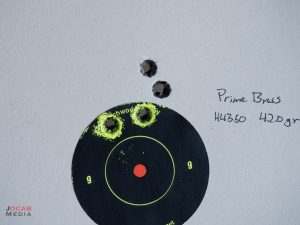 I want to say that I am disappointed with the Prime brass handloads, but I guess I should not be surprised considering the Prime factory ammo did not shoot great in this rifle to begin with.

I may try a different primer with the Prime brass, although the CCI BR4 is about as good as it gets. I will also have to try reloading with Hornady factory brass to see how well it compares to Lapua and Prime brass in terms of ballistic data and groups. 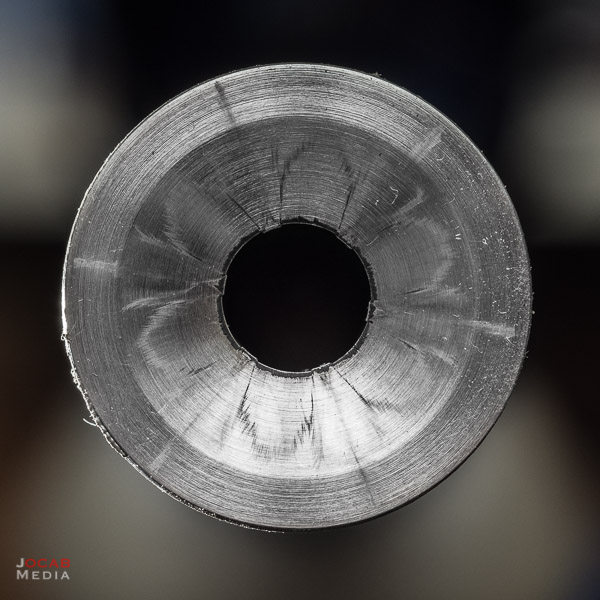 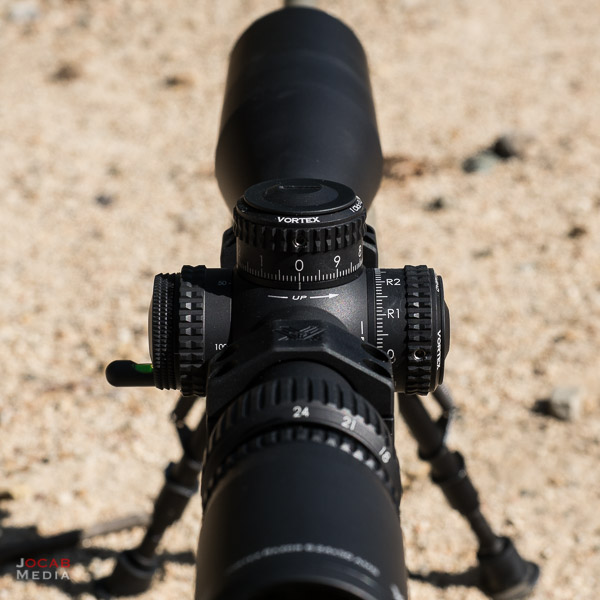 The current build specification for my circa-2003 Savage 10FP is now: 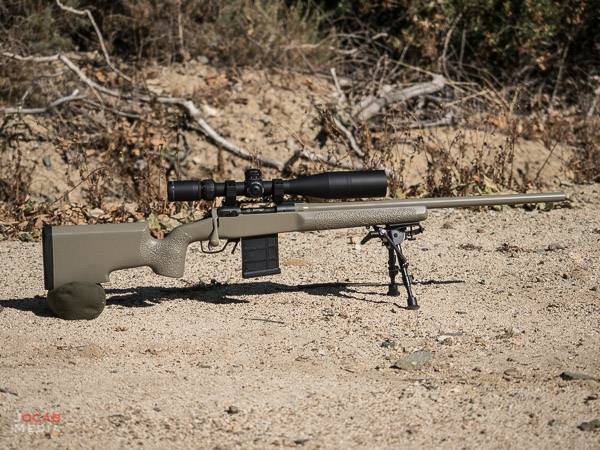 As far as a review of the Vortex Optics Razor HD AMG 6-24x50mm EBR-7 MRAD, I probably won’t write one, but I will probably write an article comparing the features of the Razor HD AMG to the Razor Gen II 4.5-27x56mm EBR-2C MRAD.